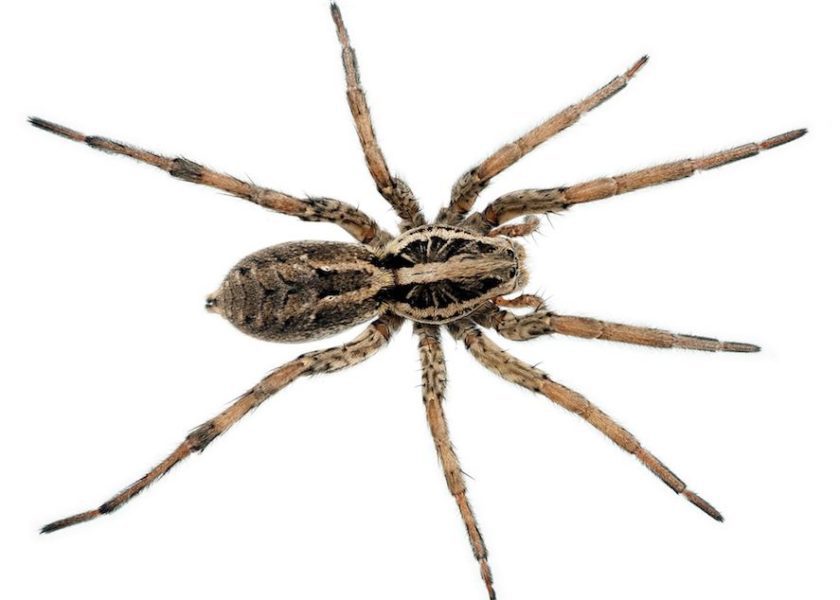 Usually brown, grey or tan with dark markings, the wolf spider, while common in Bermuda, evokes shudders from those who have encountered one indoors. Here are 6 facts about the wolf spider you probably don’t already know.

1. Ever wonder how the wolf spider got its name? Unlike most spiders, wolf spiders don’t spin webs to catch their prey, instead they chase, leap and pounce on their prey much like the four-legged predator of the forest.

2. Wolf spiders are incredibly adaptable and have found a way to live almost anywhere. While some species are found in deserts, others are found in rainforests, grasslands, suburban lawns and cold mountaintops. As we know in Bermuda, wolf spiders are just as fine taking up occupancy in a lone shoe as they are living freely outdoors.

3. When hoping to attract a mate, male wolf spiders wave their long mouthparts and drum them on leaves. Once mated, the female spins an egg sac and attaches it to her abdomen. The young hatch inside their egg sac before climbing on to the mother’s back where they live until they’re old enough to survive on their own.

4. Wolf spiders live a solitary life. They are mostly nocturnal, have excellent vision and typically live on the ground where they can easily blend in with vegetation and leaf litter. Some wolf spiders hunt in a set territory and return to the same place to feed, while others wander and live nomadically.

5. Wolf spiders eat mostly small vertebrates while they themselves are an important food source for lizards, birds and some rodents.

6. Known to bite when threatened, the venom of the wolf spider is not very harmful to humans, with most exhibiting some redness or swelling.