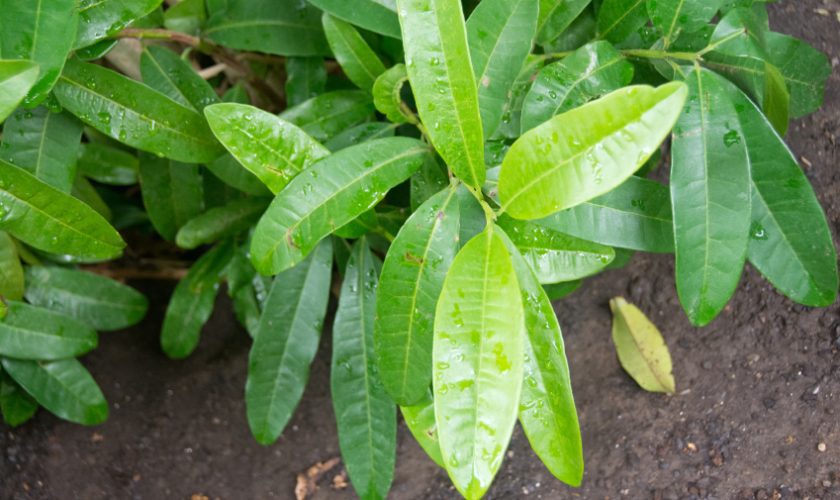 This article was taken from our archives. It first appeared in the August 1953 issue of The Bermudian. It appears here exactly as it did originally.

A small slender evergreen tree dominating the hillsides in Warwick is the Allspice or Pimento, known botanically as Pimenta officinalis. This tree is a native of West Indies, more particularly of Jamaica and Cuba, but has become naturalized in Bermuda. The writer has not yet been able to trace the date of the introduction of the Allspice to Bermuda. It is assumed that the plant was brought to Bermuda during the latter part of the eighteenth century or early in the nineteenth century. In his book of the Bermuda Islands, A. E. Verrill mentions the Allspice as being found as isolated specimens in various gardens. On the other hand Dr. N. L. Britton in the “Flora of Bermuda” published only 16 years later speaks of the Allspice as being naturalized and threatening the juniper trees on the hillsides of Warwick. It appears a little doubtful that the Allspice could have spread so rapidly within such a short period. One is therefore inclined to believe that Pimenta officinalis was in much greater abundance at the time Verrill make his survey than he thought to be the case.

The Allspice is a tree from 20 to 30 feet tall, occasionally attaining the height of 40 feet, which thrives in well-drained calcareous soils. It has a slender straight upright trunk much branched at the top and covered with smooth grey bark. The leaves are polished green, dark green above, paler and gland-dotted beneath with a leathery texture. They are highly aromatic when crushed. The flowers are white, crowded in conspicuous clusters on the ends of the branches, followed by small round fruits that turn black when ripe. These ripe fruits have a sweet pulp but have lost much of their aromatic property.

In Jamaica, the Allspice is a crop of considerable importance. The trees are chiefly grown in the central plateau and the crop is mainly reaped from the wild trees. The berries are gathered when mature, but before they are ripe, and dried in the sun for a week or ten days. In this state, the fruit has a flavour which is said to resemble a combination of close, cinnamon, and nutmeg, hence the name Allspice. At one time when walking sticks were fashionable, the Allspice saplings were highly valued for the manufacture of both walking sticks and umbrella sticks. Some alarm was felt in Jamaica about the year 1880 lest the dealers in sticks should uproot all the young trees.

As already mentioned the Allspice is well-established in certain areas of Warwick. Before the loss of the Bermuda Cedar by the juniper scale, Bermudians were inclined to despise Allspice because of its threat to the cedars but after the Cedar blight, Allspice provided greenery the island was missing. Allspice seeds are carried by the birds and germinate readily when shaded from the sun. There is usually a good crop of fruit each year so that it would be a comparatively easy task to collect the ripe fruits and scatter these over some of the bare hillsides. Instead of covering the seed with soil, by placing some semi-decayed leaves or grass over the seeds excellent germination will result. If the plants are too thick the surplus seedlings may be removed easily by hand to ensure the development of the best plants. Growth in the early stages is quite rapid and numerous seedlings are found near the parent plants.