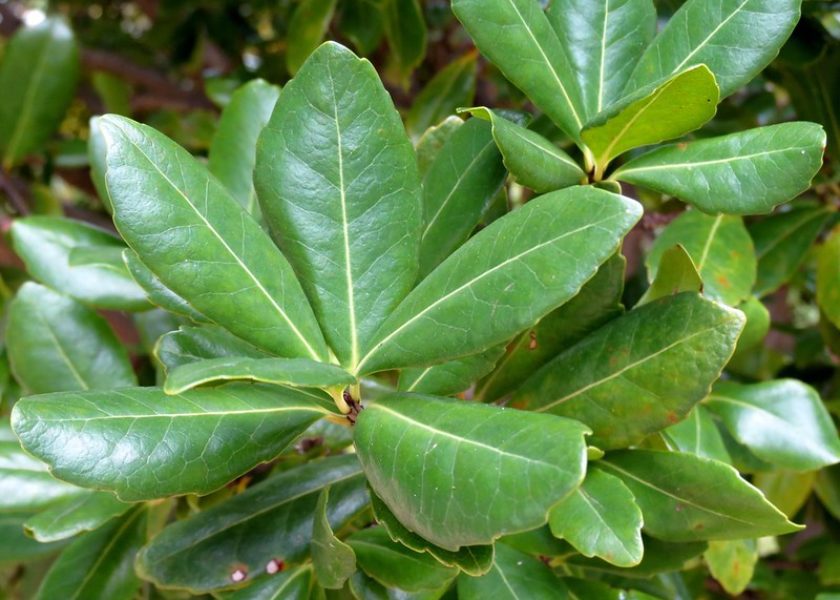 This article was taken from our archives. It comes from the February 1955 issue of The Bermudian. It appears here exactly as it did originally.

With only seventeen species of plants which may claim Bermuda as their country of origin, everything possible should be done to insure their perpetuity. This is especially important at the present time, when build­ing is progressing at such a rapid pace and the favourite haunts of the endemic plants are gradually disappearing. For wherever one travels through the Colony new estate roads are being made and houses are springing up like mushrooms in a meadow on a damp autumn morning. The native plants of any country always create an interest for the botanist, and Bermuda’s native plants are no exception. Not only are they interesting botanically, but some of them possess good ornamental qualities. It is therefore up to the horticultural­-minded members of the community to encourage other people to take an interest in the well-being of the native plants by using more of these species in all new planting schemes.

The subject of these notes, the Bermuda Olive Wood Bark, Elaeodendron laneanum, is one of the better-known native plants. This is an evergreen tree, growing up to thirty feet high in some situations. It usually has a short trunk and the branches are nearly erect. The twigs are densely clothed in dark green, thick . and rather leathery leaves. Flowering takes place in late winter and early spring. The flowers are greenish white and are borne in clusters in the axils of the leaves, but being small, the flowers are not very conspicuous. Small yellowish white fruits, which are globular in shape, follow the flowers. The flesh of the fruit is sweet and is reputed to be a favourite food of rats.

This plant is chiefly found growing on the rocky hillsides in the Tucker’s Town and Abbots Cliff jungle, near Tom Moore’s Tavern. Specimens will also be found in some of the Colony’s well-known private gardens, and the Agricul­tural Station has three well-matured plants. As an evergreen tree, it is well worth cultivating, because it looks attractive at all times of the year. The leaves are sufficiently thick to withstand the effects of the severe winds, and while other plants are burned by the gale force winds, the Olive Wood Bark remains beautifully green and attractive. Growth, how­ever, is very slow and this factor deters some people from including it in their planting schemes. Although it is a slow grower, this should not be an excuse for not planting this very attractive, small evergreen tree.

It is interesting to record that the Olive Wood Bark, during the early life of the Colony, was used for tanning leather. The trees were cut down and the astringent bark was regarded as valuable for tanning purposes. In 1651, leather tanning was a trade in Bermuda. Boots and shoes were made in the Colony for many years, during which time considerable numbers of the Olive Wood Bark trees must have been felled for this work. The other plant used for tanning leather was the Button Wood, Conocarpus erectus, and although an order was made by the Governor of the Colony to protect the Button Wood from the knife of the leather tanners, no order is recorded for the protection of the Olive Wood Bark.

Propagation of this plant is affected by seeds, which germ­inate readily. The seeds should be gathered as soon as they are ripe, otherwise they fall to the ground and disappear very quickly, presumably eaten by rodents. Cuttings of half­-ripened wood will root in a sand propagating case, but they take a long time to root. It is therefore preferable to raise young plants from seed.