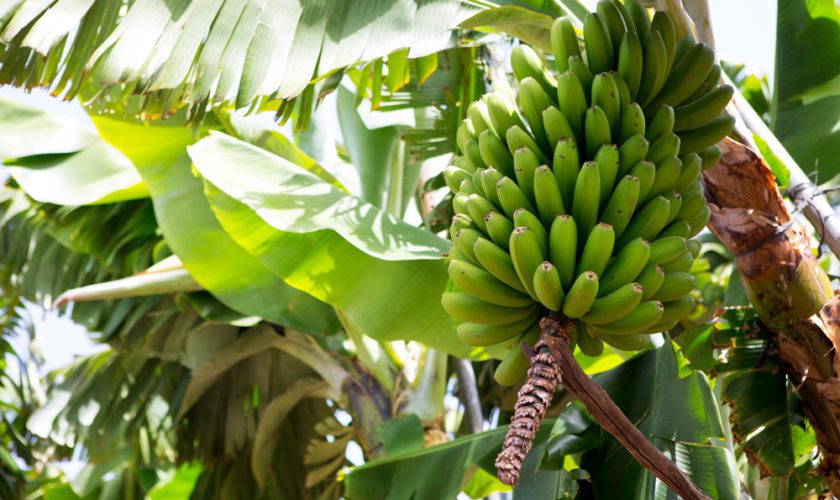 Article first published in The Bermudian in September 1952.

Visitors to Bermuda show a keen interest in the Banana. Probably more photographs are taken of this plant than of any other. To the resident of the tropical and sub-tropical countries, the Banana and it habit of growth is a familiar sight, but to the visitors from more northern climates the Banana plant creates a special kind of interest, because it is quite different in its habit of growth compared with the majority of fruit-bearing plants. Again people seeing this dwarf type of Banana for the first time are often heard to remark “Oh, I thought Banana plants were much taller than these!”

The Canary or Cavendish Banana which is practically the only variety now grown in Bermuda was probably introduced from the Canary Islands or the West Indies somewhere between 1820 and 1823. The true home of this Banana is Indo-China. Its botanical name is Musa Cavendishii. The history of this dwarf variety is especially interesting to Bermudians because of its second name, the Cavendish Banana, for both the Banana and the parish of Devonshire were called after the same family name.

In 1826 a man whose name was Charles Telfair in Mauritius secured plants from Cochin China and about three years later sent two plants to a friend in England. The Duke of Devonshire purchased one of these plants which was grown and fruited under glass at Chatsworth. About this time the specific name Cavendishii was conferred on the plant, from the Duke’s family name Cavendish. A missionary took some plants from Chatsworth to Samoa in 1838 and two years later another missionary carried the variety on to Tonga and Fiji. Thus in a short plan of fourteen years this much travelled Banana was shipped halfway round the world and back again. The introduction to the Canary Islands and West Indies is a separate story, but as already related took place a few years earlier. 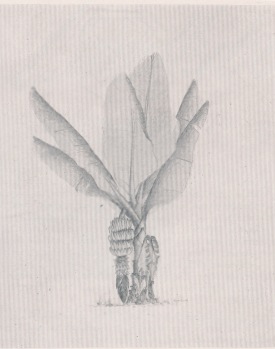 The Canary Banana is much more suitable to Bermuda, because being a dwarf variety it does not grow much beyond six feet in height. Taller varieties suffer severely from wind damage during the cooler months of the year. In fact, it is not uncommon to find plants of the dwarf variety uprooted during periods of prolonged gales. Fortunately, the plants quickly recover from the wind damage and bear heavy crops of good quality fruits. A well developed bunch of the Canary Bananas will weigh from 40 to 60 lbs. The individual fruits are smaller than those obtained in the West Indies from the tall varieties, but nevertheless, are reputed to have a better flavour.

The Banana plants take about 12 to 18 months to grow and mature fruit. It is cut down when the fruit is harvested and another shoot sprints up to take its place. The large leaves, frequently like tattered banners, arise from the buried root stock and their huge bases encircle one another tightly to form the trunk. The flowering stem, clothed in maroon-coloured scales, pushed between the leaf bases and hangs pendulously to spread its flowers. The stem carries from six to ten fertile flower clusters or “hands” and a number of sterile clusters of pollen-bearing flowers towards the tip, which fall off as the fruit develops.

For many of the tropical people the Banana is a staple food so rich and nourishing, so abundantly produced, that wherever it is grown no fear or famine exists. In the past the Banana has suffered from an unjustifiable belief held by many that it is an indigestible starchy fruit. Actually, well-ripened Bananas contain a small proportion of easily digestible starch, much sugar and some protein. The residual substance, mainly cellulose, is small.