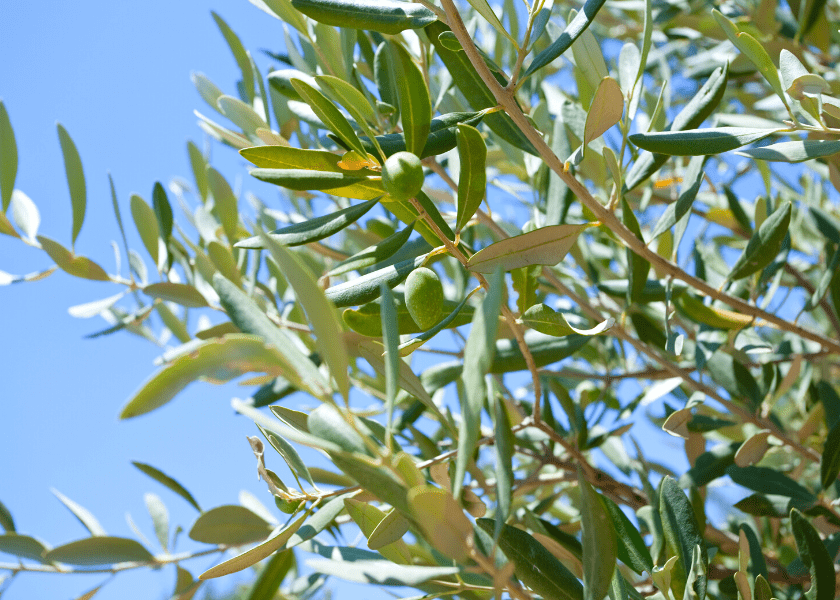 This article was taken from our archives. It first appeared in the November 1953 issue of The Bermudian. It appears here exactly as it did originally.

Probably one of the most historically interesting members of the plant kingdom is the olive tree. it was not until written records were made that we could learn directly much about early people and their food plants. For this reason, the Bible holds great interest, apart from its fundamental importance to the Christian religion. Plants play an important role throughout the Scriptures. From the story of the creation in the first chapter of Genesis to the last chapter of Revelations, they are constantly mentioned in one way or another. It is natural therefore, that references to the olive have been closely studied by theologists, historians and botanists. The olive is first mentioned in the Book of Genesis (VIII:II) “and the dove came unto him in the evening and lo, in her mouth was an olive leaf pluckt off; so Noah knew that the waters were abated from off the earth.”

It is recorded that the olive was introduced to Bermuda as early as 1612. In fact, some reports attribute the introduction of the olive to this Colony to Spanish sailors prior to the arrival of the British. Various attempts to cultivate the olive were made but it appears that it never proved to be a profitable undertaking. Norwood is reported to have made sweet olive oil in 1660 from the olive trees grown here. About that time an order was made by the Council that ten trees should be planted in every share, but the trees either never bore satisfactorily or the settlers had no faith in the production of olives in Bermuda. Scattered throughout Bermuda will be found some old olive trees, although compared with the aged trees of the Mediterranean regions they cannot be regarded as ancient. The description of the olives in the Mediterranean region, “although slow to bear, the trees yield fruit for centuries even in rugged old age, airy foliage backed with silver give it charm and character” is applicable only in part to Bermuda.

Since Norwood’s days no special interest has been paid to the olive until more recent times. In the search for trees to reafforest Bermuda after the loss of the native cedar, the olive was one of the trees selected from five years ago as a suitable tree to plant, not for the production of fruit but as an ornamental tree, since it possesses certain desirable qualities. It has good, evergreen foliage, it is reasonably hardy, a moderately rapid grower and is easily propagated by cuttings. Trees planted five years ago are now well-established and especially some grafted trees imported from Portugal. The demand for young trees is increasing.

Known botanically as Olea europaea there appears to be some doubt about the olive being native of Europe. It was probably introduced to Europe from western Asia, but it obviously found its way to Bermuda from Europe. The tree grows to about 60 feet tall with grey green foliage. White flowers are produced in tufts in the spring time, but few trees bear fruit here. The fruit normally ripens in the autumn. A tree in the grounds of the King Edward VII Memorial Hospital appears to fruit annually, likewise a group of trees near the Buckingham House in Southampton.