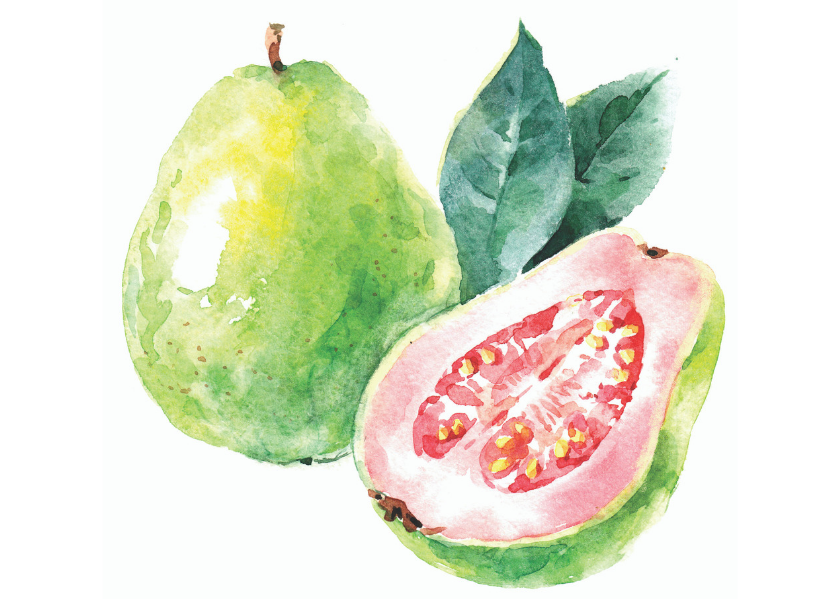 In the Garden: Summer

Come June, the royal poinciana’s blazing blossoms signal that summer has arrived in Bermuda. A favourite deciduous tree in many a Bermudian garden ever since it first arrived in the nineteenth century, the poinciana’s leafy parasol supplies refuge from the summer’s heat. Also known as the flame of the forest or flame tree, its proper name is the Delonix regia. Less common is the smaller yellow poinciana, otherwise called pride of Barbados. Another tree offering spectacular floral displays in the summer is the golden shower, a semi-deciduous tree, well-named for its downward flow of sun-filled flowers. Its Latin name is Cassia fistula. Also out in early summer, the lilac/blue blossoms of the graceful jacaranda are less dramatic but subtly beautiful.

Edible
The small, yellow fruits of the evergreen guava, Psidium, ripen in June and are excellent for making jams and jellies, as well as an unusual ice cream.

Directions:
Peel the guavas and cut them in half. Scoop out the seeds and save them. Wash, then put the fruit in a saucepan with 1½ pints of water. Tie up seeds in a muslin cloth and put them in the saucepan. Cover. Just as mixture boils add ½ pound sugar and spice. Cool and then take out seeds. Blend the mixture in a food processor, add the cold milk and, if not sweet enough, the remaining sugar. Freeze the mixture.

Suitable Flowers for Bermuda’s Summer Months
Periwinkles and nicotianas are able to withstand the heat and drought, as are the succulents purslane (a single portulaca) and double portulaca. All make colourful choices for summer hanging baskets. Another succulent is ice plant, a good ground cover.

Did you Know?
Throughout Central America, the poinciana is associated with Indian legend. It’s known as Malinche, the beautiful mistress of Spanish commander Cortés, who conquered the Aztecs.

Tip
When planting a royal poinciana, be sure to position it at least 15 feet from a water tank. It will take between four and five years to bloom.