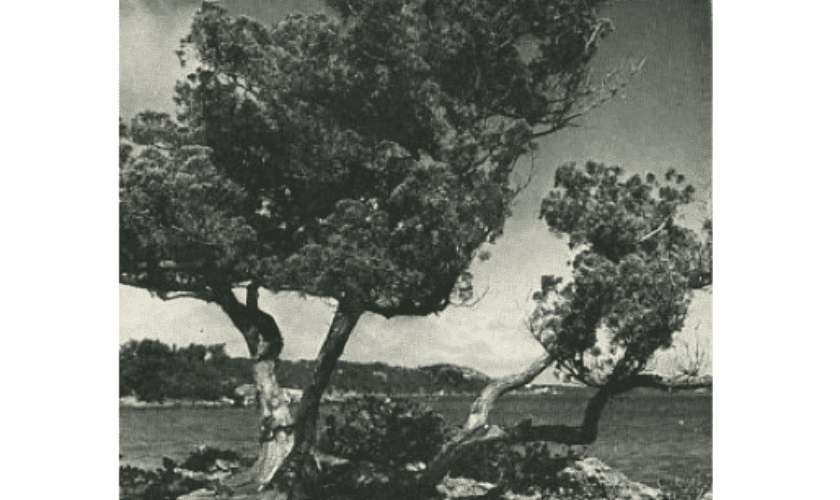 Did you know that plants can be male or female, just like animals can? That’s right, though it seems foreign to us, all plants reproduce sexually – by the fusion of gametes. Some plants, like a hibiscus, have both male and female parts, but others produce individual plants with opposite sexual organs, meaning that a certain plant can technically be classified as “male.”

The hibiscus has both the stamen and the pistil, the male and female parts of the flower respectively, growing on a single individual. This means that, in theory, the hibiscus can pollinate itself, as pollen from the stamen catches on the pistil and the fertilized cells travel to the ovary. However, bees still play a big role in cross-pollination between flowers, and create hybrid flowers with the amazing range of colour that hibiscus lovers covet.

Bermuda Cedars are an example of a plant with separate male and female individuals. This spring, as the trees flower and grow berries, you may notice the difference between male and female trees. Males carry the pollen, which can be seen in small, yellow, cone like flowers on the tips of the cedar’s needles.

Female cedars also bloom with small flowers that the male’s pollen can stick to, via the tree’s usual pollination method – by wind. Female trees become unmistakable when they begin to grow the characteristic blue-purple berries eight months after pollination.

The ecology of the Bermuda Cedar is nothing to sniff at; it was once the most prominent tree on island. It was perfectly suited to the biological niches presented by Bermuda with its evolutionary adaptations. The cedar has widely spreading roots, enabling it to anchor itself in the ground against hurricane winds. It is also resistant to salt spray, making it an ideal island inhabitant.

However, the population of healthy trees was decimated by the cedar scale epidemic, leaving just 1% of the island’s former cedar forests by 1953. In an effort to bring some of our forests back to their former splendor, the casuarina was introduced to the island. However, this species monopolized the island’s niches and has become a pest species, taking over spaces where other trees might thrive. Casuarina also have very acidic needles, which drop under the tree and make the soil there unsuitable to be colonized by other plants.

The Bermuda cedar is a slow grower and that’s part of the reason why it has taken them so long to bounce back from disease. They can be grown from a seed or from seedlings, and Bermudians are encouraged to plant as many of the trees as possible.