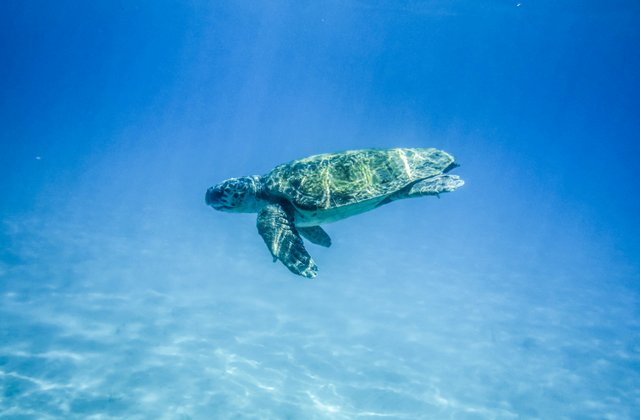 Mysteries of the Sargasso Sea

Bermuda is the only land mass located inside the vast Sargasso Sea. Named for its abundance of Sargasso seaweed, which provides a habitat for small marine animals in the vast, clear blue, deep ocean desert, the Sargasso Sea is a biodiversity hotspot. Looking off our shores into the clear water, it’s easy to get caught up in the beauty of the oceans, but their ecological majesty is an even greater achievement.

The Sargasso Sea is often painted as an area of mystery, as its boundaries are closely tied to those of the Bermuda triangle. In addition, the Sargasso Sea is often depicted as an inhospitable area, with the seaweed said to entangle ships for eternity. In literature, it is often the site of mysterious communities cut off from the rest of the world, such as The Sargasso Ogre, where Elizabethan pirates are still said to live there, or in our own Lost Island of Tamarind where a vanishing island features.

In 1840, the London Times published an article upon finding a deserted tallship in the Sargasso Sea.

SHIP DESERTED. — A letter from Nassau, in the Bahamas, bearing date the 27th of August, has the following narrative: — “A singular fact has taken place within the last few days. A large French vessel, bound from Hamburgh to the Havannah, was met by one of our small coasters, and was discovered to be completely abandoned. The greater part of her sails were set, and she did not appear to have sustained any damage. The cargo, composed of wines, fruits, silks, &c., was of very considerable value, and was in a most perfect condition. The captain’s papers were all secure in their proper place. The soundings gave three feet of water in the hold, but there was no leak whatever. The only living beings found on board were a cat, some fowls, and several canaries half dead with hunger. The cabins of the officers and passengers were very elegantly furnished, and everything indicated that they had been only recently deserted. In one of them were found several articles belonging to a lady’s toilet, together with a quantity of ladies’ wearing apparel thrown hastily aside, but not a human being was to be found on board. The vessel, which must have been left within a very few hours, contained several bales of goods addressed to different merchants in Havannah. She is very large, recently built, and called the Rosalie. Of her crew no intelligence has been received.”

This account along with many others prompted stories of the Sargasso Sea’s treacherousness, and myths of ensnaring seaweeds began to arise. The fuel for the myths likely originated from the Sargasso Sea’s interesting formation – it is bordered by four sea currents, effectively cutting it off from the rest of the ocean. In this environment, it would be easy for sailing vessels to suddenly lose all wind power upon entering, or to become disoriented in the blue waters.

Though the assumption that the waters hold any supernatural and bizarre power is dubious, there is no doubt that they do hold a great number of mysterious biological phenomena. The crystal clear waters seem to be an intermediary stage in the life cycles of many marine animals, but its vastness means that the Sargasso Sea remains largely unexplored.

The rafts of Sargassum weed provided refuge for hundreds of fish and invertebrates, and a few species of sea turtle. While many Bermudians are familiar with ocean reefs, few are familiar with the open ocean. In contrast to coral reefs, the open sea is a harsh environment with variable conditions and no place to hide in the vast stretches of deep water. From the perspectives of small fishes, the sargassum weed provides an invaluable hiding place and nursery. The juvenile fish found in sargasso seaweed are often on their way to becoming impressive pelagic predators, including sailfish, tuna, dolphinfish, marlin and porbeagle sharks.

Aside from fish whose life cycles we do understand, the Sargasso Sea is also believed to support turtles and eels, though more research is needed. We understand much about the lives of turtles, but during the first twenty years of their life they are never seen. After the turtles leave the beach, they launch into what turtle researchers call “the lost years,” and they are believed to spend this time feeding in the open ocean of the Sargasso Sea. Also during this time, turtle populations from a single clutch of eggs are thinned significantly, and it is estimated that only 1% of turtles reach adulthood.

The Bermuda Turtle Project has provided evidence in support of the hypothesis that turtles spend at least some of their early years in the Sargasso Sea. Young Loggerhead turtles, which do not breed here, have been washed ashore here after hurricanes. This suggests that the young turtles, some of which still have their egg tooth, are feeding nearby.

In addition, only recently has the life cycle of the European eel been discovered. Nobody knew where the eels bred and came from, and this was due to the dramatic transformations eel larvae go through before reaching adulthood. In an expedition in the Sargasso Sea off Bermuda, Johannes Schmidt caught an alien-looking, leaf shaped organism, or leptocephali, that he would later find out was the eel’s initial phase. As he went deeper into the heart of the Sargasso Sea, he found smaller and smaller leptocephali and named the area the eel’s most likely breeding grounds.

This information was revolutionary for scientists, because uncovering the mystery of the eel’s breeding could help conservation efforts for the endangered animal. Since this discovery, there have been various attempts by scientists to sample the deep water Sargasso Sea presumed breeding grounds of European eels in order to replicate their diet and life cycle in captivity. So far, European eel breeding has never been observed.

There is no doubt that the Sargasso Sea has earned its reputation as a site of bizarre and fantastical happenings. Its unique ecological environment means that it can support highly specialized animals; the kind of marine inhabitants that rarely or never come close to shallow shores. We’re lucky to have such an incredible zone for animal life right on our doorstep. Not only does it allow Bermudians to delve into the scientific importance of the sea, but also allows us up close encounters with pelagic animals, such as sharks, whales, and game fish, that others might never experience in a life time.