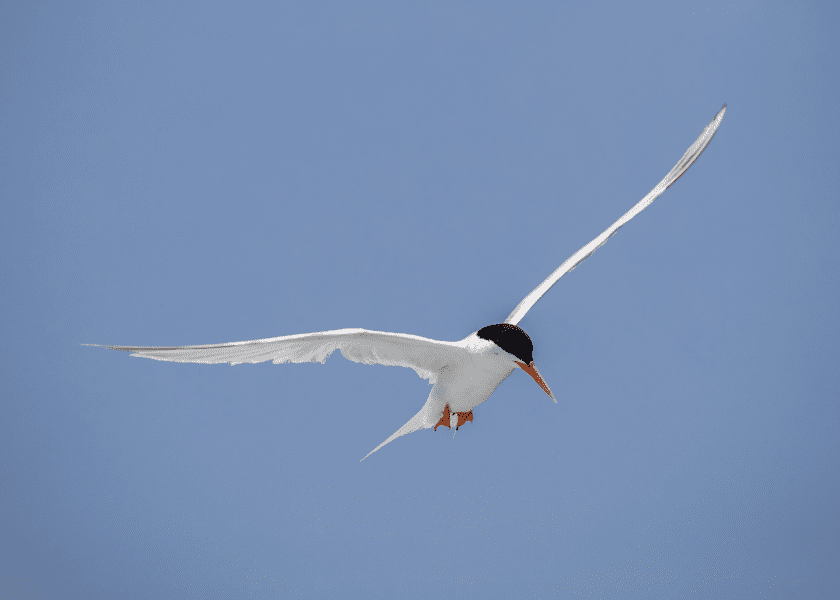 6 Birds Extinct in Bermuda, and One That Came Back

Many important fossils of pre-colonial animals have been found through cave excavations in Bermuda. In these undisturbed habitats, former wildlife and plants are well preserved and can offer insight into what came before us. Since terrestrial species, as well as marine birds were present, it seems clear that Bermuda had a well-developed forest in the past, much more than today. Here are 6 extinct Bermuda birds, and one special species that returned.

1. Kestrel
Kestrels are a small predatory bird belonging to the falcon genus. It’s interesting that Bermuda used to support a population of kestrels because they would require a large amount of terrestrial prey. At the moment, barn owls are the only large terrestrial species that nests here, and this is probably only due to the introduction of mice and rats by humans, which form a large part of their diet. Kestrels hover about 10 metres above the land, and swoop down on prey, eating small mammals and birds, lizards, and large insects. Perhaps once upon a time, kestrels fed on the Bermuda cicada, a large insect that went extinct after the cedar blight.

2. Rail
The fossilized rail was a flightless bird, which makes it all the more interesting how it came to Bermuda. The island is just too young a landmass to claim thousands of years of evolution – our endemic species are endemic at the species or subspecies level only, meaning that there was not sufficient enough time for individuals of a Bermuda-endemic genus or family to emerge.

However, some evolutionary shifts are more rapid than others. The rail could have evolved from a flying ancestor that was able to travel to Bermuda on its own, which has happened on other oceanic islands. Once inhabiting the island, rails lose the ability to fly over time due to lack of mammalian predators. Scientists estimate that it could take as few as 125,000 years for rails to evolve flightlessness, perhaps even shorter.

3. Short-tailed albatross
A characteristic seabird, albatrosses mate for life despite spending the year apart, hunting on the open ocean. They are an attractive bird with a delicately coloured head and emotive black eye. The short-tailed albatross is a rare bird, and was pushed to the brink of extinction by the feather trade. However, in more recent years they are making a comeback due to protections.

However, the short-tailed albatross has never returned to breed in Bermuda as it did in the Pleistocene. Today, it only breeds on two islands in the Pacific Ocean.

4. Great auk
This characteristic marine bird, belonging to the genus Pinguinus, became extinct sometime in the mid-19th century due to demand for its down. It superficially resembles modern penguins, but it is not related to them – sailors who saw penguins named them because they reminded them of the auk.

Auks could not fly, but they were very strong swimmers. They were a northern species, and foraged in Atlantic waters near Canada and Greenland, but went as far south as Spain.

Bermuda is very far south for the auk, and it seems unlikely that they would have made it all the way here. It’s possible that the auk colonised Bermuda when it lay much further east than it does today, due to the movement of tectonic plates. It certainly would have been an attractive breeding location for the auk, since they like to breed on remote oceanic islands.

The Audubon shearwater stopped nesting in Bermuda in the 1980s. This was probably due to human, cat, or rat disturbance of nesting sites. The shearwater hunts by diving and fishing underwater, and both parents will take turns feeding their chick. They would have competed for nesting sites with both the longtail, nesting in rocky cliff crevices, and the cahow, who require complete darkness in their underground burrows, though the shearwater can also nest on the ground under dense foliage.

6. Roseate tern
The roseate tern bred in Bermuda until about 1860 on Gurnet Rock. During that century, the feathers of the roseate tern were sought after for the making of ladies’ hats. In addition, scientific collectors during the period had a significant effect on bird numbers. The bird is now considered rare in Bermuda, though the common tern (locally called redshank) still nests in small numbers here.

However, last year the tern made a dramatic recovery, and a nest site was discovered on a remote nature reserve islet at the edge of Hamilton Harbour. The chick hatch and successfully fledged on July 24th last year, likely flying to the east coast of Brazil to spend the winter feeding on small fish.