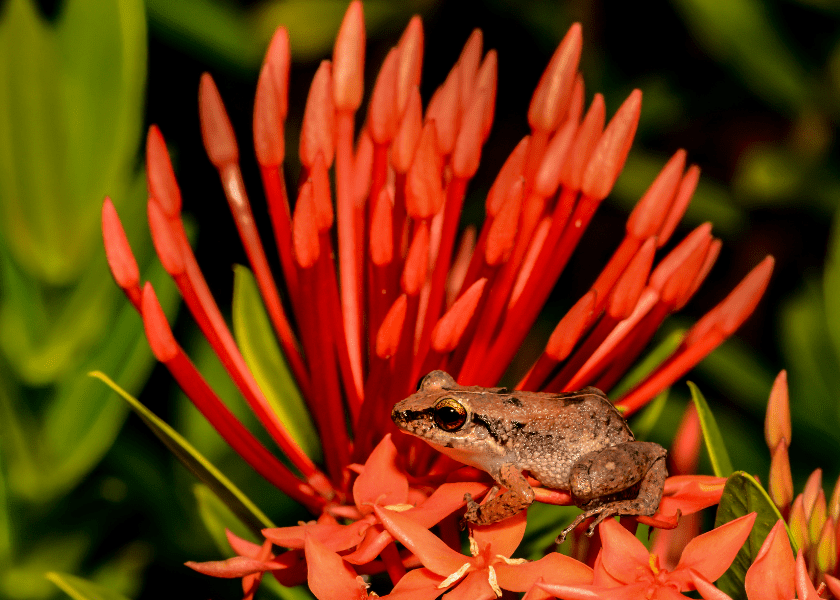 Bermuda is a unique place, and it has unique sounds. Much of what makes up our distinctly Bermudian soundtrack is a result of the natural history of our island, but there’s plenty of sounds precipitated by a Bermudian lifestyle.

TCD Queue Control
Don’t get us wrong, the TCD system has improved hugely in the past few years. Most Bermudians surely remember the time of the paper ticket, when you would pick one up and do errands for an hour because that’s how long you would be waiting.

The new system is digital, and even though you probably only spend one day a year at TCD, every Bermudian has become well acquainted with TCD’s automated queue control. “Now serving 435 at counter 5…

Parrotfish Feeding
If you’ve ever dived down in the ocean and spent a moment there, you’ll notice that the marine world is far from silent – it’s full of pops and clicks from the fish, as well as the noise of breaking waves.

The most delightful sound comes from the healthy herds of parrotfish around the island. These fish, keystone species to the reef, use their hard beaks to scrape algae off of bare rock underwater. They are essential to the health of our reefs, as they allow corals the space they need to grow, unbothered by algae.

The result of parrotfish feeding can be seen in little white strips – the bright, clean limestone revealed by parrotfish scraping away dark, algae-covered rock. And, the parrotfish can be heard feeding underwater with a gravelly sound every Bermudian will know.

Honking Just to Say Hi
Car horns in Bermuda have been transformed to something friendly. Instead of making you jump out of your skin, the short little polite beeps signal a warm greeting.

Don’t get us wrong, though, Bermudian car horns can still be used in anger – and it’s easy for the Bermudian ear to interpret which emotion a particular horn sound might signify.

Whistling Frogs
The quintessential sound all Bermudians need to go to sleep. Seriously – though the tourists may be kept up by their loud mating calls, sometimes a local staying abroad might need to be sung to sleep by the tree frog on a CD.

Tree frogs were introduced to the island, but have become a staple of Bermudian culture. Every night, tree frogs come out when it’s damp and cool to sing and mate.

Hickory Stick
The stress of Hickory Stick is unmatched, but the sandwiches are so worth it. This little Bermudiana Road eatery gets packed at midday, full of locals yearning for an overstuffed sandwich on their lunch break. But what amps up the atmosphere are the dedicated ladies behind the counter who keep the huge queues moving by yelling out questions pertaining to each order: “Black peppa??” “Mannayze??”

Ocean Waves
But not just any ocean waves – Bermudians can tell when a storm is coming just from the way the ocean sounds. When it’s frenzied and loud, and the waves are washing high up on the beach, you know you’re in for a night of thunder.

Rooster Wake Up Call
Everyone’s been woken up by a rooster at least once – probably crowing at the ungodly hour of three or four in the morning. Once kept by farmers and families the island over, chickens have now established a feral breeding population on island.

As a result, they’ve gotten meaner, wilder, and more disease-ridden. And they wander around so close to your house that the noises they make are bound to be heard.

Out of Water
We all know this fear-incuding sound – the tap gasping for breath. It’s desperately trying to pump water through your pipes and breaks out in a loud sputter, maybe releasing some nasty-coloured sludge.

We know what that sound means – you’ll have to spend a hundred dollars or so, calling a water company to top you up. Either that, or there’s a hurricane, and the power’s off!

Container Ship Crane Beeping
Anyone who works in town has probably gotten at least one headache from this. Front Street’s vista is largely taken up by the container docks. Every time a container is taken off of a ship, a cacophony of beeps emanates from the container yard.

This noise is likely a safety measure for the dock workers as they use a crane to unload the containers, but man does it pierce your brain!

Longtail Song
Early settlers heard the loud, strange noises of the cahow and called Bermuda the Isle of Devils! Maybe today, longtail calls leave a similar impression on us. When longtails come inshore, it’s said to mark the first day of spring in a Bermudian calendar.

They make loud calls that pierce the air even when the birds are very far away. Adults also perform amazing aerial courtship displays. The longtail’s presence means you’re in for a not-so-quiet beach day in Bermuda.

Souped-Up Bike
Ah, an essential sound in Bermuda’s natural landscape. The bird song, the wind through the trees, and, of course, a thunderous motorbike going by. When one of these noisy bikes happens to be behind you on the road, you wish fervently for them to just overtake you! When they pass you on the sidewalk, you can’t hear yourself think.

Thunderstorm
A good Bermuda storm is the hallmark of Bermuda sounds. Crashing thunder and lightning, and the sound of thrashing rain against the house awakens a survival instinct in all of us.