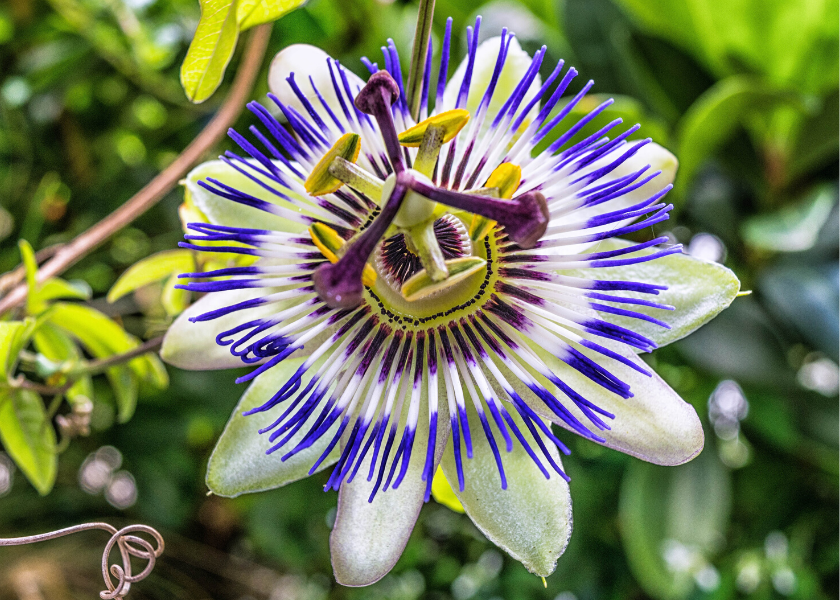 Spring in the Garden

In other countries spring denotes the end of snow and cold and the beginning of the growing season. But what about Bermuda? We never have snow and, as noted in earlier articles, our planting season starts during the fall and continues through the winter into April, May. Do we have a spring? Definitely, complete with signals—the first longtails returning to Bermuda to mate and breed are our harbingers of spring. They generally start to arrive in February and by March can be seen swooping in and out of our coasts. Our freesias, especially our wild ones streaked with purple and gold, are another signal. Beginning late February, they carpet our lawns and open grassy spaces. Blazing nasturtiums like these spaces, too. Spring is also the blossoming time for our national flower, the Bermudiana, a small purple iris, as well as the pink Bermudiana, otherwise known as star-of-the-veldt. We also have spring fruits—loquats, so popular with children who love to eat them straight off the tree. Traditionally, they appear in February but with climate change they have been appearing as early as January.

Spring Planting and Flowering
By springtime, colourful arrays of annuals, bi-annuals and perennials are already gracing our gardens and patios. So February through April, we can continue to plant seedlings bought from one of our garden centres, or plant from seed.
According to the Bermuda Garden Club, the following calendar is a good guide as to what flowers to plant in the spring:

Spring Recipe
Green peppers can be harvested during the spring months and while they are delicious raw in a salad, they can also be included in many cooked dishes. Try using them for an unusual cold soup.

Chop peppers. Bring to the boil with stock and herbs and boil covered for 40 minutes.
Blend mixture in a liquidiser or food processor until smooth, then sieve liquid into a saucepan.
Mix cornstarch into a paste with water and stir into the soup. Bring to the boil for 2–3 minutes.
Leave to cool. Then stir in sour cream or yoghurt and season according to taste.
Serve garnished with chopped parsley and or chopped chives.

The Slug Problem
The Bermuda Environmental Sustainability Taskforce, best known as BEST, gives the following tips on how to deal with slugs without using pesticides dangerous to the environment, particularly to bees:

Remove places where slugs can hide, including rocks, planks, pots, etc. Hand remove and dispose of slugs.
Spray with 1.1 solution of water and ammonia, plus 1T dish soap.
Dust cayenne pepper or diatomaceous earth on infested areas.
Make a clay trap by turning over a wet clay pot in shady area of the garden. Create a gap for them to crawl under by resting edge of pot on a rock. Slugs will collect under the pot in warmest part of the day. Destroy any found.

Passion Flowers
Many people believe the purple passion flower which blooms in the spring is symbolic of the Crucifixion because:
Purple is the liturgical colour of Lent.
The tendrils surrounding the base of the central pillar represent the whips used to scourge Christ.
The three stigma represent the nails used to crucify Christ.
The five anthers symbolise his five wounds resulting from the Crucifixion, and the filaments represent the crown of thorns.
The ten petals represent the ten disciples who fled when Christ was arrested. Judas, the traitor, is omitted, as is St. John who stayed with the Virgin Mary by the cross.

Easter Lilies
Despite the name we have given them, Bermuda Easter lilies are not native to Bermuda. The first bulbs were brought from Japan in 1853 by a missionary whose ship was forced to stop in Bermuda for repairs. Also a botanical collector, he gave bulbs and instructions to locals. Soon they were being planted in gardens and subsequently in fields, particularly in St. David’s, for export. Sending a bouquet of Easter flowers to the Queen is still a yearly Bermudian tradition.