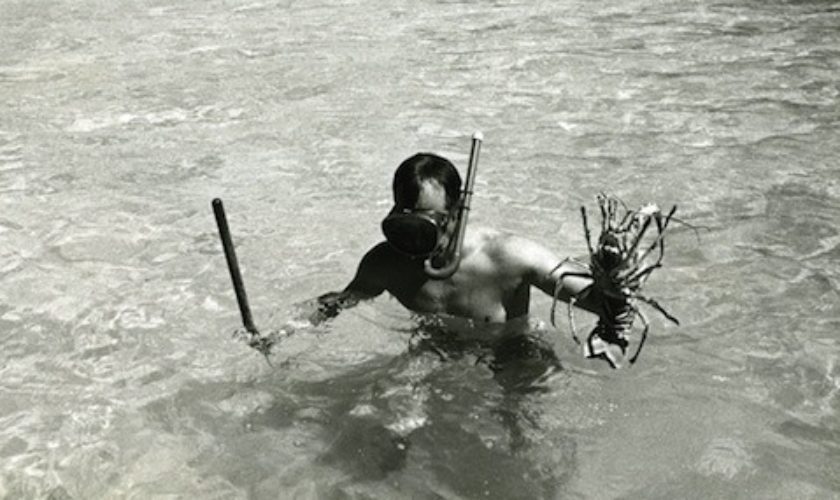 Now that Lobster Season is upon us, it’s important to learn about these interesting creatures and what we can do to support their population so that we can enjoy them for years to come. Dr. Tammy Warren of the Bermuda Government’s Department of Environmental Protection served us with her expert knowledge of the spiny lobster.

Who catches lobster?
In Bermuda, lobsters are caught by commercial fishermen and recreational lobster divers.  Both groups need a license to catch lobsters.

How are they caught?
Commercial fishermen catch lobsters using traps that were designed specifically for that purpose, and recreational divers use nooses/snares (a device comprised of a hollow metal rod with a wire that forms a noose at one end).

Where do they live?
Adult and juvenile spiny lobsters live under ledges and in caves in coral reefs.  However, they spend their first six to nine months as larvae adrift on ocean currents.

Who are their predators?
In their larval phase, spiny lobsters are mainly eaten by pelagic fish (fish that live in the sunlit waters of the ocean such as tuna and wahoo) as they drift around.  Adult spiny lobsters are eaten by sharks, groupers, octopus, triggerfishes and even loggerhead turtles.

What is their defense mechanism?
Their main defence is their spiny exterior.  They use their long, spiny antennae like whips to defend themselves.  They can also flip their tails and swim backwards very quickly when threatened.

When is lobster season?
The fishing season for Caribbean spiny lobsters in Bermuda runs from the 1st of September through until the 31st of March of the following year.  Commercial guinea chick lobster fishermen operate during the same period.

Why do we have only designated times lobsters can be caught?
Both the Caribbean spiny lobster and the guinea chick lobster reproduce during the spring and summer months so this period is closed to fishing to give them the opportunity to do that in peace!

What is the biggest one ever caught?
Not sure – but in Bermuda, we regularly see Caribbean spiny lobsters around 50 centimetres total length.  Compared to other places in the region, marine life in Bermuda often reaches larger sizes because of our cooler temperatures and shorter breeding season.

How do they reproduce?
The male lobster deposits a sperm packet called a “tarspot” on the underside of the female’s carapace. When the female releases her eggs, she scratches the “tarspot” to release sperm to fertilise the eggs. The female carries the fertilized eggs under her tail.  In this state, she is referred to as “berried.”   The eggs hatch in about 4 weeks and the resulting larvae look nothing like adult lobsters.

Where else are spiny lobsters found?
In addition to Bermuda, the Caribbean spiny lobster is found from North Carolina southward through the Gulf of Mexico, the Antilles, and the coasts of Central and South America to Brazil.

The spotted spiny lobster has a narrower distribution and, in addition to Bermuda, is found on the southeast Florida coast, Bahamas, Belize, Panama, the Caribbean arc from Cuba to Trinidad, Curaçao, Bonaire, Los Roques, Suriname, and Brazil.

Anyone wishing to catch lobsters will need to get a license from the Department of Environmental Protection in the Botanical Gardens.  The recreational lobster diver license is $130.  In addition to the closed season and minimum legal size, licensed divers must:
•    Only take two lobsters per day
•    Land the lobsters whole (i.e. it is not permitted to wring the tail at sea)
•    Not take, injure, sell, purchase or be in possession of a lobster that is bearing eggs (i.e. berried)
•    Only use a noose or snare.  Spearing a lobster is prohibited.
•    Not use SCUBA or any kind of assisted underwater breathing apparatus to take lobsters
•    Not sell lobsters
•    Submit monthly statistics
•    Only dive in certain areas 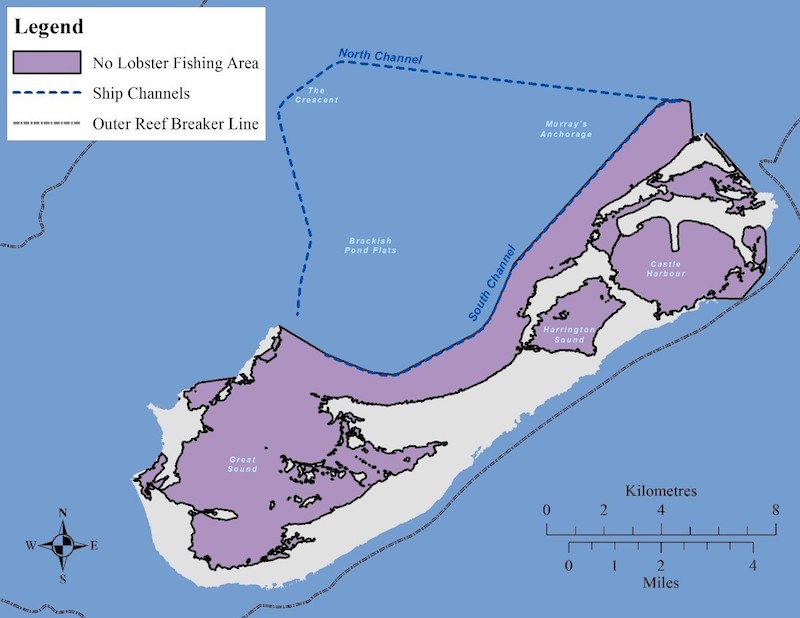