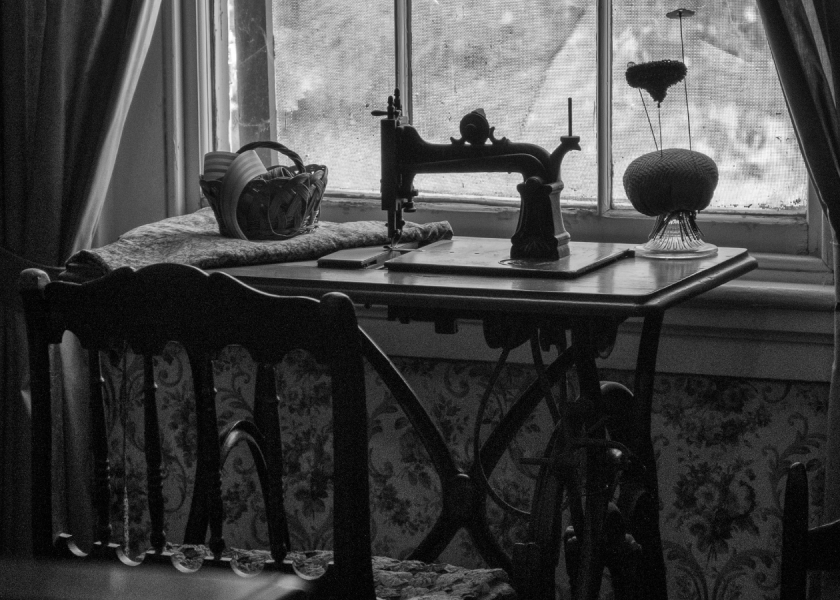 This article was taken from our archives. It originally appeared in the March 1993 issue of The Bermudian. It appears here exactly as it did in print originally.

The news about the demise of Sears’ catalogue operation reminded me of the role catalogues played in my childhood wardrobe. My mom was the ultimate catalogue shopper.

Back then, disposable income among black families was low. Front Street didn’t need our business and we weren’t welcome. Still, there was a need in the black community for fashion. My mother beat the system by shopping overseas, via catalogue.

She was also handy with a sewing machine and made much of the clothing my sister and I wore- I was twelve or thirteen before I had locally store-bought clothes. She would order patterns and the fabrics from overseas and make clothes from scratch. My mom was fashion conscious. She would remodel the catalogue clothes to fit her own svelte form. She was always well decked out, colour coordinated, well fit and with up-to-date cut and style.

Just before I went off to boarding school we had a family picture taken in which my mom and sister were wearing identical outfits. Even by today’s standards the outfits are stylish- my mom had that knack.

It’s amazing just to think of the amount of clothing my mom produced with that old sewing machine. It had a treadle which when rocked with her feet cranked a big pulley. There was an old leather belt, which transferred the rotation from the flywheel to the machine itself; and a little lever, which mounted or dismounted the belt. I liked the mechanics of it and, when my mother wasn’t sewing, would pretend it was everything form a train going chug-chug with every pump to a high-flying space ship steered and propelled by the position permutations of treadle and flywheel.

I once offered to be the power supply for my mom’s sewing. I told her she would just have to let me know when to start and I would pump the treadle and save her the work. It seemed simple enough to me. But the reality was that her sewing required not just energy but control – sometimes the sewing was slow and intricate and sometimes just barely moving – I was interested in getting the treadle to move as fast as possible and was far less controllable than her own foot. The idea didn’t work. But after she finished sewing and dismounted the belt, I would pump the treadle by hand and make that flywheel whirr from the speed of pumping.

Thinking back, that old sewing machine taught me a lot about mechanical things, their operation and maintenance. I was fascinated by the levers and knobs and cranks and pistons. I wanted to understand the clutch, which let my mother run the machine and sustained high speed to re-thread a bobbin without operating the sewing needle part.

The first mechanical tool I got my hands on was the miniature screwdriver kept in the front drawer. That drawer itself was an object of curiosity for me. All the other drawers slid out and in- the standard drawers everywhere. The front drawer on the sewing machine cabinet had pivots at the bottom so it swung out to expose all at once its entire length of contents. I wanted to know what kept it from swinging all the way and spilling its contents on the floor. I wanted to know what kind of hinges it had. I even dabbled in the question of how- and even whether – the contents remained in their little bins when the drawer closed. That sewing machine had me bordering on the deep philosophical questions of whether things actually exist when we can’t see them.

I can remember when the old treadle Singer sewing machine was converted to electric. The installation of the motor was a fascinating experience. Mr. Cecil Harris himself (that name was synonymous with sewing machines in Bermuda) came and made the transformation. I think I must have asked him a million questions about what he was doing and why.

My mother believed in maintenance. Every so often she’d whip out the can of three-in-one oil (I never did find out why it was called three-in-one) and, following the directions in the owner’s manual, put a drop or two of oil in all the prescribed places. The fact that the old sewing machine, though hardly used these days, is still in working order after nearly fifty years of life, is a testament to her devotion and care.

She did her best for Sears too. I wonder if they ever noticed…