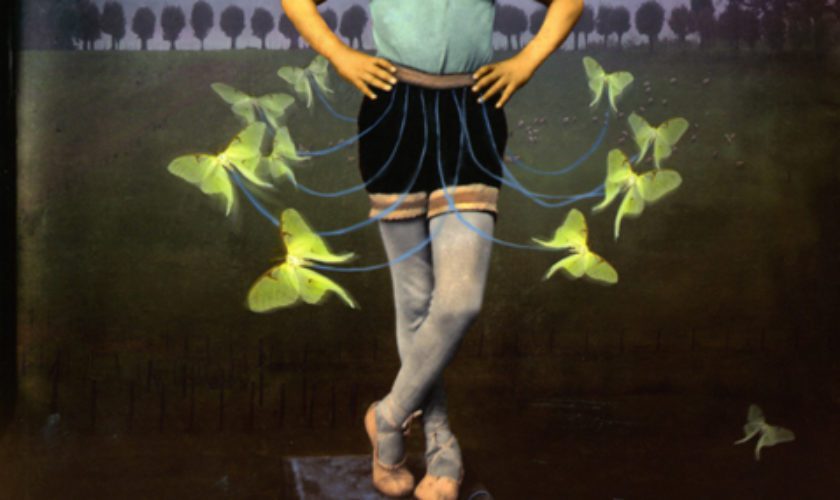 It’s true that every one of us has grandparents. Those of us lucky enough to have vivid memories of our grandmothers and grandfathers often think of them at this time of year with Mother’s Day and Father’s Day just around the corner.

My sister, Vanessa, who studied journalism at San Francisco State University and is currently a Vice President at Fleishman-Hilliard, a global client services firm in Sacramento, California, was eight months pregnant with her son Jacob (now three-years-old) when she got the dreaded phone call that her beloved grandmother, Nonie, had passed on. Not long after, Vanessa was approached with the chance to honor her late grandmother with an essay about her life and legacy, in a new book entitled Wondrous Child: The Joys and Challenges of Grandparenting, edited by Lindy Hough.

Nonie wasn’t a typical grandparent. Years of stress and anxiety had taken its toll on her in ways unimaginable and a nervous breakdown, a partial lobotomy and trials of experimental shock therapy left her, an Italian immigrant living in New York City, reliant on care and supervision from family members. My sister never saw Nonie’s shortcomings, only her strengths, which she carefully noted in her tribute to her much loved grandmother.

In an excerpt from the essay, entitled Angles Gather Here, Vanessa recalls:

“In life, my grandmother prayed every day. I went to church with her, mostly on holidays and random Sundays, in true modern Catholic spirit. I could hear her whispering her prayers, turning her worn gold band on her ring finger, chanting her prayer roll in Italian. During communion, she refused the wine–doctors had told her no alcohol some fifty years ago, and she rarely disobeyed. As a child I learned never to take the wine, and figured I was too young. As I grew older, I halfheartedly wanted to try it, and suspected that the dry wafer would pair well with a swish of backwashed wine. But I never did, not while I was with Nonie, I suppose simply out of respect.”

As Vanessa grew older, she took on the role as caregiver to Nonie, who in return prayed for Vanessa, specifically for Vanessa to become a mother. Nonie got her wish for my sister, but died a month before Jacob was born. Before she died however, as a gift to Vanessa and soon-to-be-born Jacob, Nonie finished a needlepoint of an angel flying through the air with the words “Angels Gather Here” stitched above it – although unknowingly at the time, it was her parting gift to my sister and her great-grandson. When Jacob was born, my sister hung the needlepoint in Jacob’s nursery, for as she says: “I know for certain that one angel lingers there.”

Read Vanessa’s story of her grandmother, as well as other stories about grandparenting in the book Wondrous Child: The Joys and Challenges of Grandparenting. It is available through order from the Bermuda Book Store for $23.00 and is the perfect gift for mothers and grandmothers for Mother’s Day.