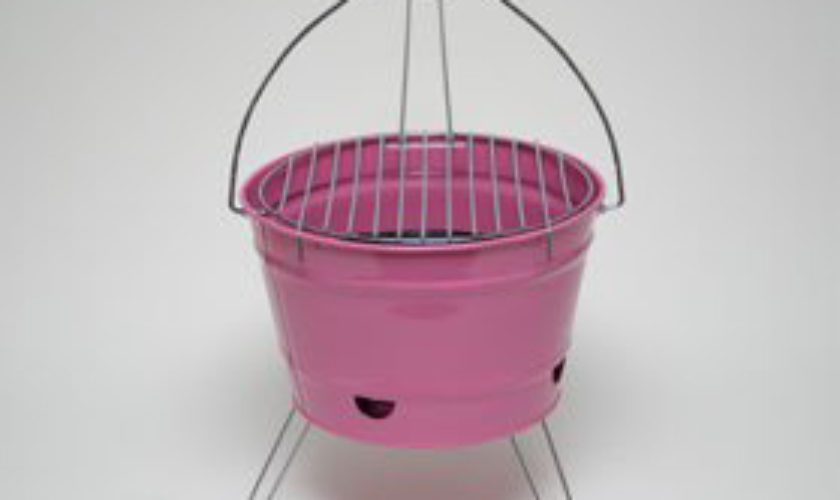 Barbecuing is Not Just for Boys!

There’s nothing worse than experiencing the savory and aromatic smells of a barbecue that is not yours. I live by the beach where people barbecue every day and I can sniff out a hot dog on the grill better than anyone but when it’s not mine and I realize that my own family is having steamed vegetables for dinner, it’s a unhappy occasion.

I’m ashamed to say I’ve never actually barbecued before. Maybe I’ve gone as far as lighting a match but I’ve never had the guts to light up a grill. I know most of you are rolling your eyes but I have a fear of fire. For some reason, things just tend to catch fire when I’m around. I know, I know, you’re all waiting for me to make a I’m just that hot joke but it’s not going to happen. Seriously, I’ve set fire to toasters, stoves, my hair, my hand, the list goes on. But that’s not even the half of it, even when I’m not physically involved things go up in flames – just the other day I had to call 911 because a pile of sand 100 feet away from me caught fire. How does a pile of sand catch fire, I have no idea! Needless to say, setting fire to everything around me has kept me far away from an actual barbecue.

There’s a word for a person who doesn’t barbecue and that word is miserable. Having to wait for friends or family to fire up the grill is like waiting for the apocalypse: if you plan your life around it, it’ll never happen but the second you make other plans, the coals start to warm and the sweet smells of summer fill the air and you are stuck without a hotdog, again.

It was never on my to-do list to start barbecuing but when I was introduced to the greatest barbecue ever created, it became inevitable. Pink, tiny and perfectly portable this Town & Country bucket barbecue was made for me and anyone else intimidated by the popular gigantic steel gas grills. As soon as I had one in my hands, I called my friend Meghan, “lets barbecue on the beach – don’t worry, I’ll bring the food!” Poor Meg, I know she was wondering how this was going to turn out, while at the same time packing an emergency stash of food and a portable fire extinguisher. 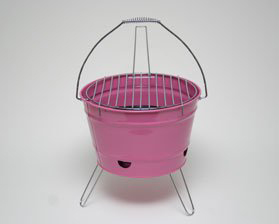 We arrived at the beach yesterday evening with enough food to feed an army. I had gotten much too excited about the thought of barbecuing and brought everything and anything you could fit on a grill. After swimming, relaxing and the thirty minutes it took Meghan to uncork the wine bottle with a skewer (a bottle opener was one of the many things I had forgotten), we were ready to light the grill.

After a quick trip to Modern Mart to purchase lighter fluid (another thing I had forgotten) we struck a match and watched intently as our little pink barbecue prepared itself for grilling magic. As the coals began to turn white, we knew it was time. With two racks for supreme grilling, we loaded hamburgers and hotdogs onto the bottom rack and fresh corn on the cob on the top. Almost instantly we realized the best thing about this barbecue is its size. Small enough to carry to the beach but large enough to cook for two, our burgers and dogs were grilled to perfection in what seemed like no time and the corn was juicy on the inside with satisfactory lines across them from the burning grills. At first bite I knew we had done it, we had become masters of the barbecue without setting fire to anything or any one and our food was delicious!

For anyone looking for a night away from the usual, relaxing on the beach with good food, great company and a sky full of stars is a must do. Thank you Meghan for accompanying me in my quest to become a grill master. You too my friend have earned your pink barbecuing credentials.

If you’re interested in becoming a grill master like Meghan and I, pick up a bucket barbecue from Sousa’s. They come in several other colours such as blue, orange and green (but who cares about those colours). Sousa’s are offering a special on these bucket barbecues while supplies last so instead of paying the initial price of $55.00 you can have your own reusable barbecue for only $40.00! Happy grilling!