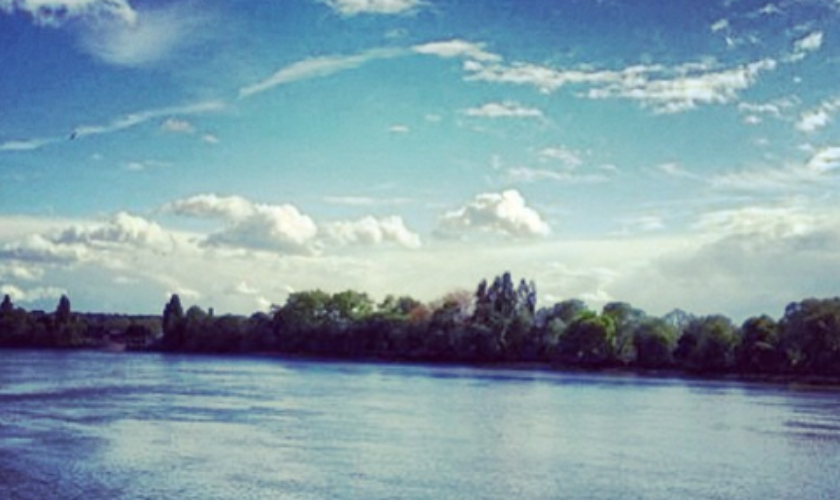 Hello from London: Looking for Bermuda in London

Do you know what’s strange about being a Bermudian in a big city? Although we’re far away from home, we still scan the streets for familiar faces, prepared to see someone we know.

I mentioned this to my friend, Joanne, who is a Bermudian living in London and I asked her whether she ever makes the mistake of thinking she sees someone she knows when really it’s a complete stranger. She assured me that it happens to her all the time and that she thinks it’s absolutely normal having grown up in Bermuda. She went on to say that our minds are so trained to bump into people when we go out in public (not being able to avoid seeing at least one person you know each time you go out in Bermuda) that we can’t not scan the streets of London looking for familiar faces.

We then proceeded to match strangers in London to our friends in Bermuda based on their looks. After a few drinks everyone just started to look the same.

With that said, we have encountered a lot of Bermuda’s culture in London, which I’ll share with you here. Some of it is obvious, some of it is more abstract but all of it is a welcomed treat to a Bermudian in London.

This vibrant row of houses is the opposite of the norm for Notting Hill, where houses are usually painted in white. How much does the house on the far left look like Calypso on Front Street?

All of us Bermudian girls in London went to a Bermuda Day party a DukeBox (a very posh club in Fulham – if you’re ever in London, you should check it out! Visit DukeBox online, HERE) which was sponsored by Gosling’s. You know what that means: Swizzle for days. On top of our favourite Bermuda cocktails, our favourite Collie Buddz tunes vibrated the speakers and Bermudians from all over London came out to celebrate. The Bermuda crest in the background of the below photo is actually a purse I made for the occasion. Below are more pics of the purse and I’ll post a blog about how to make it yourself later this week.

My entire outfit was based on the traditional Bermuda outfit: Bermuda shorts and blazer. I obviously modified it a little to make it more fun but the idea is still the same.

Just the other night, the girls and I hit up The Rum Kitchen, which is a little Caribbean-inspired bar and club in Notting Hill (Visit Rum Kitchen online, HERE!). The venue is heated (which makes you feel as though you’re crammed into the back room at Dockies rather than at a club in London) and the atmosphere is very Bermuda. After only five minutes at The Rum Kitchen we heard the sweet sound of Come Around by Collie Buddz blaring from the speaker and we headed to the dance floor where we stayed for the rest of the night. We even Dutty Wined, which proved that the little upscale club really knows how to make a girl feel at home.

The Rum Kitchen was brimming with various brands of rum from around the world. We quickly spotted our favourite Black Seal and toasted to the evening.

May 27 was a Bank Holiday in London and all the Bermudians headed to Lockside Lounge in Camden to celebrate. Who knew so many Bermudians lived in London? It was a day filled with sunshine (a rare natural resource for London), Swizzle and friends.

On a walk in Hampstead over the weekend, we spotted a very familiar traditional Bermudian feature: the Moongate.

When the sun comes out in London the only place to be is by the Thames. Although not quite the Atlantic, it ain’t too shabby.