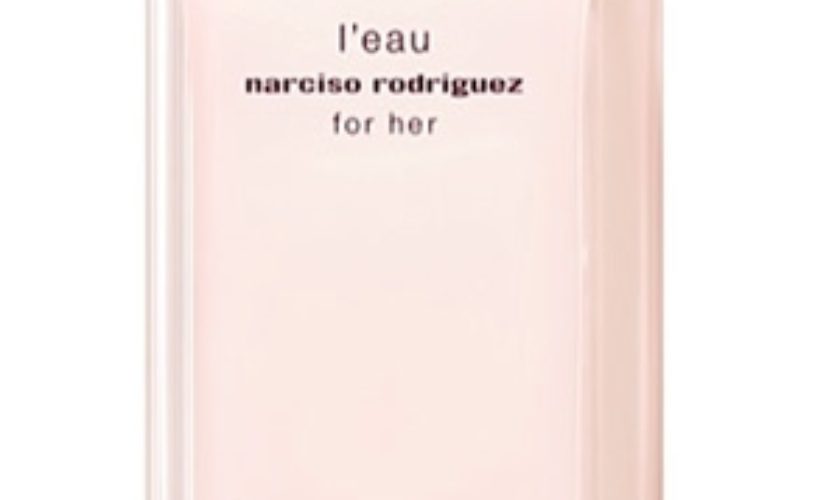 Narciso Rodriguez Sure Knows the Way to a Woman's Heart

I have a confession to make: I’m officially cheating on Jo Malone with Narciso Rodriguez.

Scandalous, I know but when you’re in-love, you jusk can’t fight the feeling.

If you have absolutely no idea what I’m talking about, don’t fret, I’m ready to dish on my latest love affair.

Narciso Rodriguez is a New York City fashion designer with over two decades experience in the fashion industry. His designs frequent Hollywood’s most sought-after red carpets and appear in the world’s most coveted fashion magazines. In 2004 Rodriguez debuted his very first fragrance, For Her. The scent quickly became the go-to fragrance for many women all around the world who loved its warm, musky undertones and it’s empowering essence.

2004 was many years ago, especially considering how many fragrances are launched each year. Thankfully, Rodriguez agrees. Drumroll, please…

I stopped by yesterday morning to get a whiff of the new scent for myself and to say it was love at first sniff is a total understatement. I am head-over-heels for this fragrance! It’s comprised of the same musk and chypre notes of patchouli which are synonymous with Rodriguez’s first fragrance but L’eau is more playful and flirty with jasmine, cyclamen, pink peony, rose, amber and lily of the valley top notes.

George, who is the representative for the fragrance is currently in Bermuda over the weekend as part of the launch of L’eau, explained to me that the notes that make up the fragrance act as a veil over the skin allowing the perfume and it’s wearer’s natural scent to work together, meaning that L’eau smells different on everyone. George also mentioned that L’eau is long-lasting and leaves behind a beautiful trail. That means that people notice you when you walk into a room and they remember you when you leave, obviously every woman’s fantasy.

And as if Narciso Rodriguez for Her can’t get any more impressive, it won the FiFi Award (most prestigious fragrance award) for the best fragrance of the last twenty years!

So now you understand my very heated love-affair? Good news for you, Narciso Rodriguez isn’t a one-woman kind of guy, he’s very happy to share so I suggest heading down to A.S. Cooper’s on Front Street this weekend and try out L’eau for yourself. The fragrance retails for $65 for 50ml or $88 for 100ml. As it’s the launch weekend, you get a free gift with purchase. Seriously, if you don’t clear A.S. Cooper’s completely out of L’eau then I will, so you’d better hurry!

Sorry Jo Malone, but it’s over babe. Call me when you can compete with Narciso.