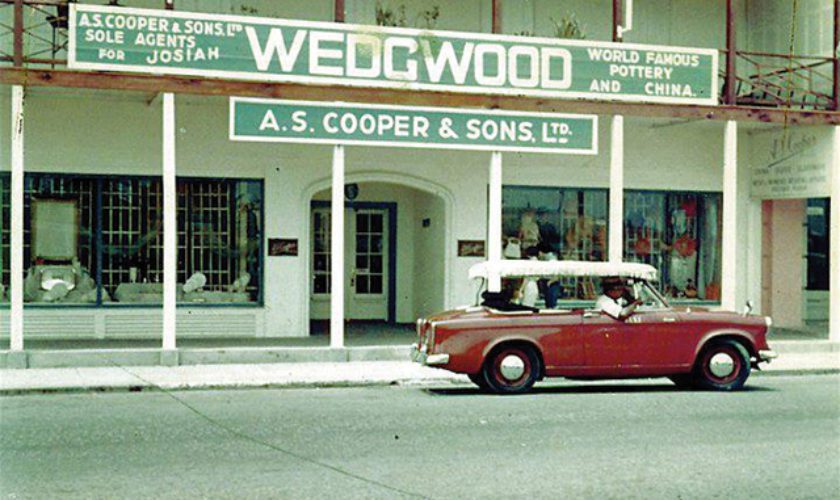 One Family, Four Generations & a Passion for Retail

While much has changed over the past 120 years in Bermuda, there has been one constant that discriminating shoppers could count on—A.S. Cooper. This year the store celebrates 120 years as a Front Street staple and an important part of Bermuda life.

The Coopers can trace their Bermuda roots all the way back to 1635 when they arrived aboard the Truelove. Like most early Bermudian families they were people of the soil, working the land and producing crops. In 1662 Thomas Cooper’s landholdings included 112 acres of land in the west end—88 in Somerset with an additional 24 in Southampton.

Alexander Samuel Cooper, the store’s founder, was born on the family’s Southampton land on February 1, 1871, and went to work for the Nelmes family at the Town Store in Hamilton at the young age of 11.

By the time he was 26, A. S. Cooper already had a great deal of experience so when an opportunity arose to purchase the Bermuda Furnishing and Supply Company in 1897 from Musson Wainwright, his employer, Cooper quickly bought its stock and trading rights.

Located at 45 Front Street, everything from onion seed to mosquito nets was on the store’s shelves. Over the next decade, Cooper transformed it into a general store that sold the necessities of island life, including glassware and fine China. But his love for the finer things in life saw him continue to upgrade the merchandise on his shelves as the store began to concentrate on silver, crystal and antique furniture.

The store expanded its line of goods in 1932 when Cooper purchased the shares to his brother Josiah’s clothing business, which was conveniently located next door.

The store went through a name change four years later as Cooper brought his five sons into the family business—Gilbert, Charles, Arthur, Edmund and Forster—after their schooling days in the U.K. The new moniker of A.S. Cooper & Sons truly reflected who was running the store.

Gilbert Cooper took over the helm of the store after his father retired, and brother Edmund also ran the company. Edmund’s sonPeter became the fourth man to lead the firm, a position he held for 27 of his 52 years there. During the time he had his hand at the tiller, the company grew to 18 stores as it developed an outstanding reputation that drove discriminating shoppers through its doors. Upon his father’s retirement in 2006, Somers Cooper was installed as the store’s new managing director.

After the Second World War, Bermuda’s tourist trade boomed. The company refined which brands it would bring in and concentrated on Wedgwood, Royal Doulton and Goss China, offered at substantial savings when compared with North American prices.

In 1946, the clothing department was moved to 45 Front Street where the store became an emporium of all these finer things. There was another move in 1974, to a newly renovated and larger location at 59 Front Street. In 2005, the company demolished the building to upgrade its premises to keep with the times. That location reopened in 2007.

Along the way A.S. Cooper has had an eye on aquiring brands that reflect its high-quality motif. Astwood Dickinson jewellers was purchased in 2005 and the first Vineyard Vines store outside the US was added to the group of companies in 2016.

As Bermuda changes and grows, A.S. Cooper will be a familiar face to grow and change with as it creates a shoppers’ paradise for the next generation of Bermudian families.