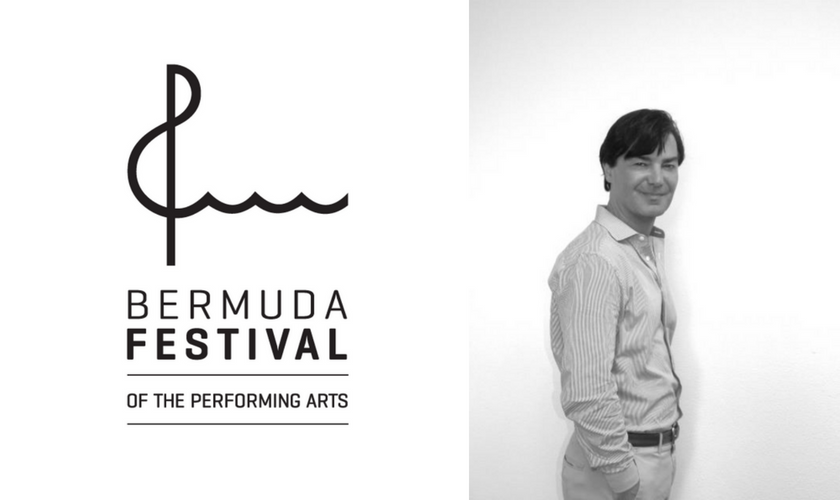 Mr. Armand was the first recipient of the Arif Mardin (the late Grammy Award-winning producer and VP of Atlantic Records) full-scholarship from Berklee College of Music in 1990 in Music Production and Engineering. He has worked for Atlantic Records, CBS Radio, Istanbul Technical University (MIAM), Berklee College of Music and, most recently, as a Producer and Creative Director on Broadway for Armand and Paiva LLC. He has been involved with Tony Award-winning musicals such as “The Great Comet” featuring Josh Groban, Sondheim’s “Merrily We Roll Along” in Los Angeles and “Sama – An America Requiem” which garnered him a composer residency from National Sawdust in New York in 2016.

Following Mr. Armand’s appointment, David Skinner will succeed Mr. Ian Davidson as Chairman of the Festival. Mr. Skinner is a musician and a Chartered Professional Accountant, and in his role as Executive Director has successfully overseen the development and implementation of strategy for the Festival for the past three years. Enhancements in the areas of programming and marketing have contributed to increased diversity and variety in both performances and in the Festival’s student outreach programs, resulting in increased attendance at Festival events. In his new role as Chairman, Mr. Skinner will continue to be responsible for overall strategy development and ensuring the Festival remains true to its mission to “Entertain, Educate and Inspire” audiences through the presentation of both local and international artists of exceptional quality.

“I am delighted that the Festival has secured the services of T.J. Armand who will bring another level of expertise and talent to the already strong Festival team. I also want to give an enormous vote of gratitude and congratulations to Ian Davidson for his leadership and accomplishments during his tenure as Chairman. It is unlikely that any future Chairman will replicate the service he has given to the community in this regard. It is a daunting prospect to follow in his footsteps”.

Mr. Davidson has served on the Board of the Festival since 2007, first as Deputy Chairman for two years and subsequently as Chairman. He and his wife Felicite have been audience participants and volunteers since the Festival’s inception. During his time as Chairman, Mr. Davidson was responsible for guiding the Festival’s vision and developing its organizational structure to meet an ever more demanding administrative environment. Referring to the succession of both the Executive Director and Chairman roles Mr. Davidson said:

“For some 43 years the Festival has thrived because of a wonderful team of volunteers ably lead by a small office staff dedicated to bringing the best of World Class performers that we could source to meet our mission. Having recently revisited that mission and addressed some of today’s challenges of how to stay relevant as a Festival presenting artists from all genres of the performing arts, I am confident we are in a good place to build on our established strengths under the new leadership of T.J. and David. I wish them every success as we move forward together”

For more information on the Bermuda Festival of the Performing Arts please visit www.bermudafestival.org.