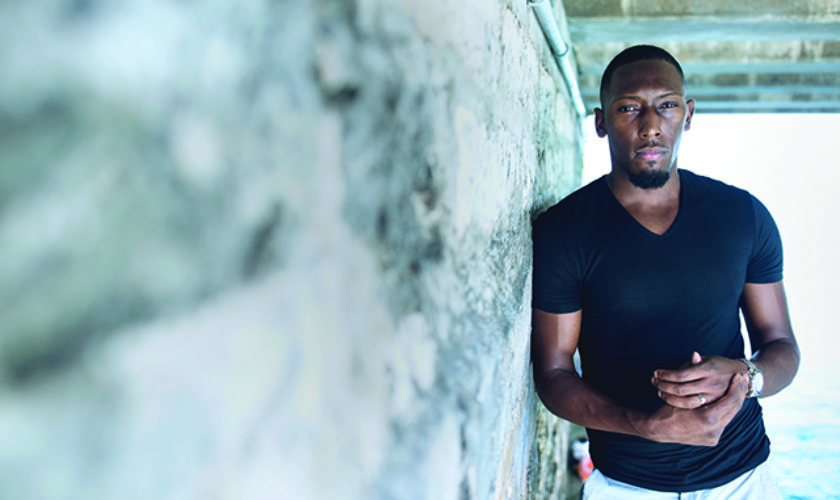 Bermudians of the Year: Winston Godwin-DeRoche

In 2017, The Bermudian highlighted 5 Bermudians working to shape the trajectory of our island. Winston Godwin DeRoche was one of them. This article was taken from the Winter 2017 issue of The Bermudian. It appears here exactly as it did originally.

Sadly, naming Winston Godwin among Bermuda’s most influential people in 2017 might seem a bit premature. He and his now husband, Greg DeRoche, had fought exhaustively for their right to marry, but a change in government now puts their achievement under threat.

“When the ruling (Puisne Judge Charles-Etta Simmons ruled that same-sex couples are entitled to be married under the Marriage Act 1944) was given in May, maybe we were a little naive, but we thought it was largely over,” said Godwin. “Obviously, there was bound to be some pushback regardless of the outcome. With that being said, I don’t think either of us expected to really be under threat and especially from so many angles five months later.”

That threat, specifically, is PLP MP Wayne Furbert, who has vowed to repeal the Supreme Court’s decision via legislation.

But all is not lost. For one, Godwin and DeRoche’s victory has made a difference in at least five other same-sex couples’ lives. “We’ve been in contact with some of the couples and seeing how happy this has made them is priceless. It sounds cheesy and cliché, but seeing their happiness and love has made everything we’ve fought for and continue to fight for all the more worthwhile.”

With same-sex marriage now under threat, that fight is more important than ever. Regardless of what happens, their example is one other Bermudians can emulate.

“It would be great if this was somehow the impetus for a stronger sense of community for LGBT members,” he said. “At the end of the day if our story is used and people can derive strength and inspiration from it to affect change in a positive way that’s more than what either of us could ask for.”