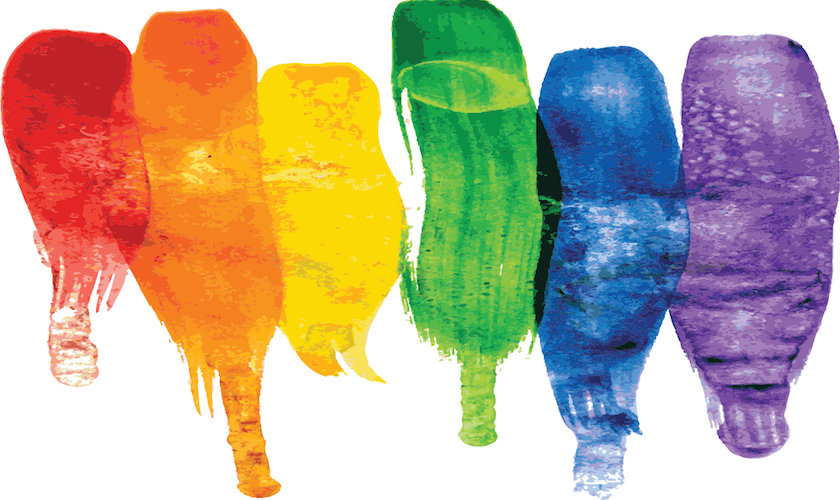 The Island That Outlawed Same-Sex Marriage

Earlier this year, less than a year after the Supreme Court made its historic ruling, Bermuda repealed same-sex marriage—the first country in the world to do so.

Legislation designed to replace same-sex marriage with civil partner- ships passed by a large margin in the House of Assembly and the Senate in December, but the bill remained in limbo before Governor John Rankin signed it into law in early February, following a debate in the British House of Commons over whether the Crown should intervene. Following its assent, Home Affairs Minister Walton Brown, who introduced the legislation, said the Domestic Partnership Act sought to establish marriage as a union between a man and a woman, “while at the same time recognising and protecting the rights of same-sex couples.” The intent, he said, was “to strike a fair balance between two currently irreconcilable groups in Bermuda.”

Dr Melvyn Bassett, chairman of anti-gay marriage group Preserve Marriage, was not entirely happy the government still offered legal rights to certain Bermudians. “Although Preserve Marriage does not condone any legal union which may provide legal footing for same-sex marriage, we do wish to commend the government on being the first and only government in the world to reverse the laws on same-sex marriage,” said Dr Bassett.

For the government and Preserve Marriage it is a crowning achievement in conservative regression, but for the men and women the bill affects, all is not lost. The bill extended more utilitarian rights to same-sex couples, such as the right to inherit in the case of no will, the right to a partner’s pension(s), access to property rights, the right to make medical decisions on behalf of one’s partner and the right to live and work in Bermuda as the domestic partner of a Bermudian. Needless to say, such nuances are of little consolation to those whose identity has been so callously rejected. The government has deemed them, quite formally, separate-but-equal—a fact that will soon be challenged in the Supreme Court aft er former attorney general Mark Pettingill filed a civil lawsuit on behalf of comedian Rod Ferguson, who claims denial of his right to marry his partner amounts to “inhuman or degrading treatment.”

While the tide of progress ebbed in Bermuda, the waters beyond roiled with condemnation over the government’s historic act of bigoted expressionism. Earlier warnings from the Bermuda Tourism Authority (BTA), which had lobbied government against the ban, began looking more and more prescient.

In a letter to senators last December, the BTA cited the case of North Carolina’s transgender bathroom bill which cost the state an estimated $3.76 billion in business, along with a bill signed by then-governor of Indiana Mike Pence in 2016 allowing business owners to deny services to patrons based on their sexual orientation. Indianapolis lost 12 conventions representing up to $60 million in spending following the bill’s passage.

The day after Governor Rankin signed the Domestic Partnership Act into law, articles appeared in the Guardian, the New York Times, the Washington Post, and just about every other major news outlet you can name. The world’s response was just as swift . Calls for boycotting Bermuda as a travel destination picked up steam on social media. Even Ellen Degeneres, perhaps the world’s most notable LGBT activist, joined in.

“Bermuda just banned marriage equality. I guess I’m canceling my trip. Anybody else?” she wrote on Twitter.

“It’s unfortunate, but I make my voice heard through my wallet whether at home or in my travels,” one 30-time visitor to the island told CNBC. Cancellations were also announced locally in letters to the editor published by the Royal Gazette.

The trend prompted a response from BTA chief Kevin Dallas, who defended Bermuda despite the legislation and asked gay travelers not to boycott the island.

“Some of the stories of what it’s like to be gay in Bermuda in The Advocate and on The Huffington Post are by people who haven’t lived in Bermuda for 30 or 40 years,” said Dallas in an interview with tourism organisation Gay Star Travel.

“I think we all have horror stories of what the world was like 30 or 40 years ago. Bermuda today is not the Bermuda I grew up in. It may not have been a place I wanted to live.”

But it was Dallas’s thoughts about gay travellers boycotting the island that may have been most prescient.

“To my mind, the idea that LGBT people and supporters of equality would stay away from Bermuda and stay out of the debate would be highly counter-intuitive to what people are trying to achieve.”

Following the initial outrage, reports soon followed that Bermudians weren’t the only ones affected by the bill. Cruise ships registered in Bermuda that offered same-sex weddings found themselves no longer able to do so. Cruise lines must abide by the laws of wherever a ship is registered, regardless of where the vessel travels.

The group of cruise lines owned by Carnival Corporation were hit the hardest. Cunard Cruise Line announced last May they would be offering same-sex marriages aboard their fleet of ships, all of which are registered here. Thirteen of Princess Cruises’ 17 ships had also begun offering same-sex weddings, as well as British cruise line P&O Cruises.

“What we know is that both the cruise industry and LGBTQ cruisers are eager to have the option to marry same-sex couples at sea. The reversal was a huge setback for both,” Colleen McDaniel, the senior executive editor of Cruise Critic, told the New York Times.

The chances of building on a bump of 7.6 percent in cruise-spending last year now appear to be entirely scuppered.

While the government may have predicted such a global backlash, and perhaps even a drop in tourism figures, chances are they didn’t anticipate Carnival Corporation’s response this April, announcing its intention to provide financial, civil and public relations support towards local efforts to reverse the legislation.

“While we always abide by the laws of the countries we sail to and from, we believe travel and tourism brings people and cultures together in powerful ways,” Carnival said in a statement. “As a result, we believe it is important to stand by the LGBTQ community in Bermuda and its many allies to oppose any actions that restrict travel and tourism.”

Specifically, Carnival will be supporting OUTBermuda, the LG- BTQ organisation that submitted a summons to the Supreme Court of Bermuda declaring the Domestic Partnership Act unconstitutional. The hope is that their case will be heard in court this May, before the DPA goes into effect on June 1.

In a statement following the bill’s royal assent, OUTBermuda made clear their desire to change the island’s perception of LGBT individuals as well as the law.

“We believe lasting change on the issue of marriage equality requires us to work within the broader community to change hearts and minds, to reverse the perception that marriage equality is somehow detrimental to our island.

“This can and will be done.”

That particular road may be a long one. For now, equal standing under the law appears a far more realistic goal. 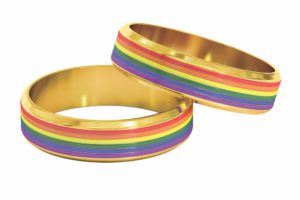