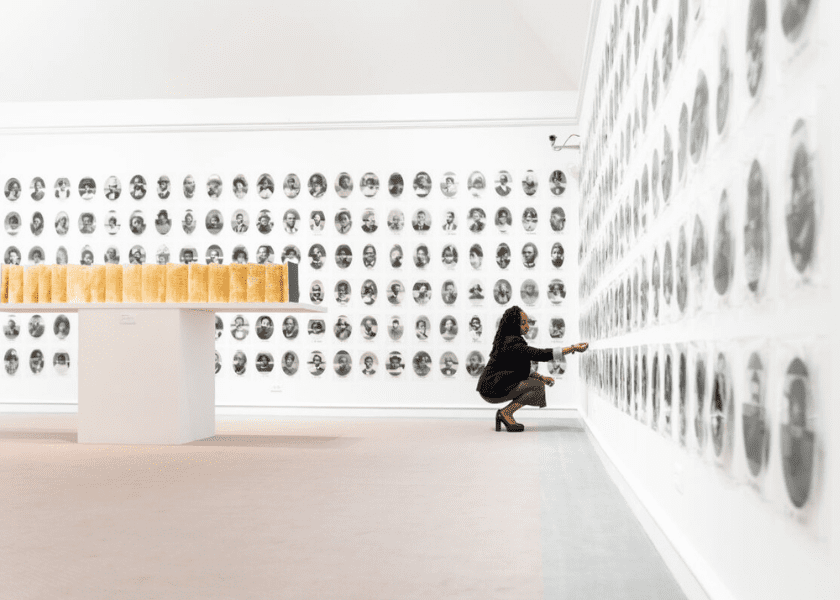 Artwork by Bermudian artist, Gherdai Hassell has recently commanded the attention of an overseas gallery. The Wilfredo Lam Center of Contemporary Art located in the heart of old Havana is currently featuring Hassell’s instillation, ‘What Remains to be Seen’ in the Bienal de La Habana exhibition until April 30th, 2022.

Artist Gherdai Hassell says: “I am thrilled to have my installation ‘What Remains to be Seen’ travel across seas to be displayed within the context of another country, culture and language. [This installation] is the story of those who journeyed though the middle passage to the west, settling throughout the Caribbean and Americas. A story of ancestry, survival, and triumphs for the defendants of all Afro, black and brown people of the region. I’m honored to be returning to Caribbean soil in Havana, Cuba, to retell the story of our people, reimagined.”

Hassell is the first Bermudian to be featured in this exhibition, with a spokesperson noting, “inclusion in this biennial is an important milestone for Hassell and also the contemporary art movement in Bermuda. Biennial exhibitions, such as this one, draw global attention from museum professionals, curators and collectors”.

Since it was established in 1984, The Bienal de la Havana occurs every two years and is the largest, most significant visual arts event in Cuba. Each exhibition intends to openly explore political, intellectual, historical and cultural themes, giving a greater platform to Caribbean and Latin American artists.

This year marks the 14th iteration of the biennial exhibition, which will include three stages of presentations under the thematic idea of Future and Contemporaneity. Hassell’s work is included in Experience #3: A Return to What Lies Ahead.

Some may recall that Hassell’s instillation ‘What Remains to be Seen’ was formerly presented at the Bermuda National Gallery in 2021.