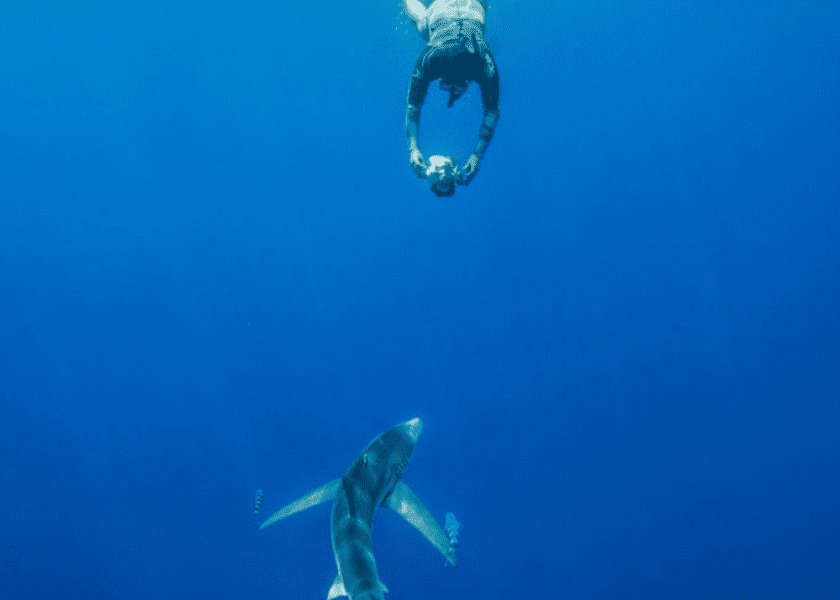 An aquarist at BAMZ and principal investigator at the Bermuda Shark Project, Choy Aming has long been interested in Bermuda’s marine environment. Growing up on the south shore, he says he has been running barefoot along the rocks since he was a child. “I used to spot all kinds of sea creatures and did not know what half of them were so sometimes made up names for them.” Observing those creatures began his lifelong curiosity about the natural world. At the age of 13, he became aware of how seriously the planet is imperiled, especially after buying the Greenpeace Rainbow Warriors album on cassette tape. “It came with a large insert about environmental issues. After reading that, I was inspired and have been involved in environmental action ever since.”

Following his passion, he obtained a degree in marine science from the University of Victoria and in various roles has since been committed to understanding Bermuda’s ecosystem and working to ensure its health and protection. In addition, he finds sharing his knowledge with the community, particularly students, to be very rewarding.

Aming has been involved with many conservation projects, and has worked with numerous other species including turtles, birds, eagle rays and whales. His work with tiger sharks goes back to 2006 when local veterinarian and ocean explorer Dr Neil Burnie became interested in diving with these fish. Invited to join his team as the underwater cameraman, Aming became dedicated to the cause as soon as he saw his first shark.

A key discovery so far is the tiger shark migration route between the Caribbean and North Atlantic. “Most of the male tiger sharks from the Caribbean migrate up to the North Atlantic in the summer and many frequent Bermuda,” he explains. “This information is incredibly important for researchers and policy makers because it has to be factored in when planning fishing and conservation legislation. If we don’t understand the life history of a species. it becomes very hard to protect it, especially with an apex predator, like a shark, that is vital to any marine ecosystem.” While he now has extensive data on adult tiger sharks, there is very little on juveniles. He has been tagging juveniles for three years, the only person in the world, he believes, to be doing so.

Aming is grimly realistic about the future, certain that we are not doing nearly enough to protect it. “Worldwide fishing is due to collapse by 2048 if we continue on the current path. We can expect 250 million climate change refugees by the year 2050, which is more than 60 times the Syrian refugee crisis. The next few decades will determine how we survive as a species. And so many adults wonder why Greta is angry?”