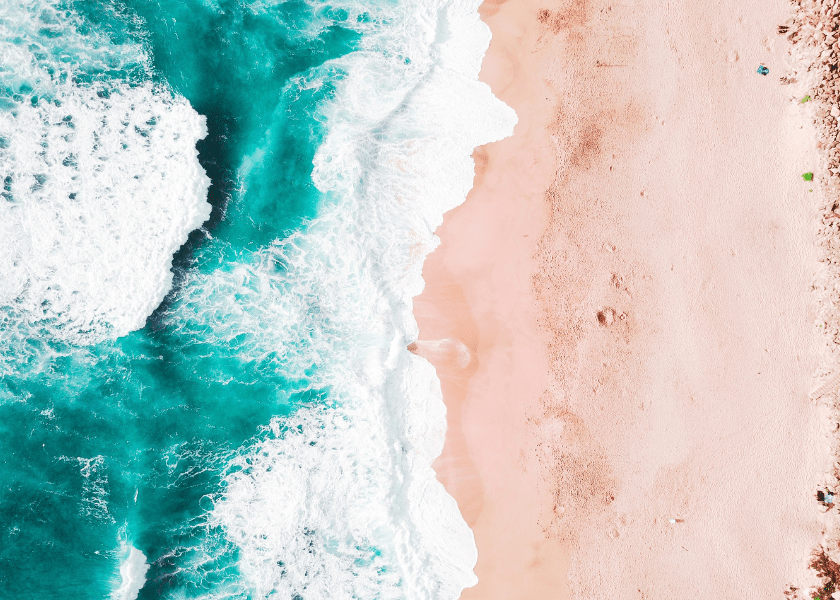 The impact of climate change on our planet and way of life is terrifying. There is seemingly constant news about polar ice caps melting, different species of living creature or plant at threat of extinction, rising sea levels, dangerous pollution levels, deforestation, fire and the horrors that accompany all of these events. We are also told that small islands will feel these effects first. What therefore, does this all mean for Bermuda? What do we need to accept and what can we still prevent from happening?

Twelve years ago, Dr Annie Glasspool wrote a report for the Bermuda National Trust entitled “The Impact of Climate Change on Bermuda,” which predicted a potential sea-level rise of up to two metres by the end of this century. “The two metres was an extreme case at that time,” she explains. “The biggest change in projections since then has been the upper level in terms of more and more scientists projecting up to 2.5 metres as a potential.” She emphasises, however, that “the complete unknown is the biggest threat.”

Glasspool explains that a huge challenge with these predictions is that sea-level rise is neither uniform nor predictable. “The projections are not for a steady rise. They’re for staggered leaps. If there are certain glacial melts, the volume of water suddenly running into seas isn’t going to be a steady trickle.” The only thing that is predictable is the fact that they are rising. “We have documented evidence. It’s not going to change. It’s not going to go down again.”

What Must We Prepare For?
What do rising sea levels mean for Bermuda’s land mass? In a model produced for her 2008 report, Glasspool illustrated that a two-metre sea-level rise would mean a loss of 14 percent of Bermuda’s land area including large parts of Fairylands, Mills Creek, St. John’s Road and the Serpentine Road areas in and around Hamilton as well as a considerable amount of land at the airport and around the town of St. George’s.

To help mitigate against the threat of storm surge the new passenger terminal building at the airport is being constructed at approximately 13 feet (3.96 metres) above sea level, in relation to the Bermuda National Grid 2000. This is four feet (1.2 metres) higher than the existing terminal building. A rise of two metres, however, “would put most of the runway under water,” says Glasspool. So does the runway need to be raised? “I would question whether the planes will still require the same length of runway. In 80 years, there will be changes in how the airline industry and aircraft evolve.”

“St. George’s does really need to be thinking about how it’s going to address this,” she continues. “Culturally it’s such an important part of the island. King’s Square in St. George’s was filled in centuries ago. You need to assess what buildings are within a zone that is likely to be submerged. Do you sacrifice the ground level and let people build up? Is there some kind of sea wall you can put around the town? It would change the character of the town. There are probably engineering solutions, but at what cost?”

Glasspool also warns of other knock-on effects of rising seas, which include a greater impact from storms and more intense rainfall events. While scientists aren’t predicting more storms, they are predicting stronger and slower ones like the devastating hurricane that hit the Bahamas last year: “In modern times, Bermuda has been very robust,” she says, “but if a Dorian hit Bermuda I don’t know if we could get up the next morning and be business as usual.”

As the climate continues to warm and sea levels continue to rise, Bermuda will also be vulnerable to the impact this will have on other countries we rely on for our imports.

“Perhaps the biggest impact to Bermuda might not be what happens here but what happens elsewhere,” warns Glasspool. “We are one hundred percent dependent on imports. The global impact to supply chains, I just don’t know what the fallout will be. We import absolutely everything with the exception of a little bit of farm produce. It’s not just food, clothes, cars. It’s medical supplies. What is our economy based on and how are those industries going to be affected?”

Possible Prevention
While global climate change does need a global solution, Glasspool says she gets frustrated with people saying that Bermuda is too small to make a difference. “We need to consider ourselves as global citizens. All these other countries are trying to elevate themselves to a good standard of living. I think that there’s a high chance Bermuda is going to have to ask for help. Are we going to be top of the priority list? How are we going to accommodate a two-metre sea rise? We need to show we’ve been helping ourselves. We can do a lot particularly as we have one of the highest per capita footprints.”

Accurate numbers are difficult to find but Glasspool says Bermuda’s carbon footprint likely puts us in the top 30 out of about 185 jurisdictions on a per capita basis and in the top 10 per land mass.

How Can We Reduce Our Carbon Footprint?
“Food waste is a massive contributor,” she says, adding that a more plant-based diet is a big way to reduce your carbon footprint. “Even if you only eat meat one day less. The production of meat, for one hamburger it’s around 2,000 litres of water. Nourishment of the cow, provide feed, transport of the meat and then there’s the methane. Red meat as a whole because of the carbon cost all the way through. Humans like goals. Build it into the goal plan.”

Transport is another huge contributor. Use public transport more, carpool or use an electric vehicle: “Going electric is one really big way we can reduce our carbon emissions. Technology is advancing all the time. Batteries are becoming longer lasting. The cost should come down as long as the natural resources are there to supply them to make it more affordable to everyone.”
For someone who’s travelling a lot by plane, she suggests using video conferencing more and if you can’t do that, perhaps pay into a carbon-offset programme. “It’s a question of searching around to find the ones that are generally doing good,” she says.
Glasspool would like to see the adoption of renewable energy on a bigger scale and she believes the technology is there for Bermuda to be one hundred percent dependent on renewable energy sources in the next 10 years. “If you use biomass—the problem right now with renewables is you need storage for them. You need to be able to store so you need a base load of power, which BELCO provides. If you looked at the ultimate base load and the IRP does speak to biomass, I don’t see why, in the time it takes to build those facilities, why we can’t be one hundred percent in the next decade.”

The IRP is the Regulatory Authority’s Integrated Resource Plan, which aims to have 85 percent of the island’s electricity supply generated from renewable sources by 2035.
“I’m an optimist and I really believe the technology is being developed to combat so many of these issues around climate change but it’s whether there’s the political will to commit.”

In the Meantime, What Else Can We, as Individuals, Do to Reduce our Use of Fossil Fuels and Other Pollutants?
“Planting trees!” suggests Glasspool. “We tend to pour concrete everywhere. Cement production is one of the biggest contributors globally to carbon emissions because of the temperatures required to heat the limestone. Planting trees and reducing the amount of cement we’re using.”

“Generally using less electricity,” she adds. “Installation of solar. LED is another massive one.”

“It’s always been that climate change is about the future. It’s not. It’s happening now, but we’re only on the periphery. I believe the solutions are out there but it’s the will and the drive and I think the decision makers trip over themselves and struggle to make the commitment.”