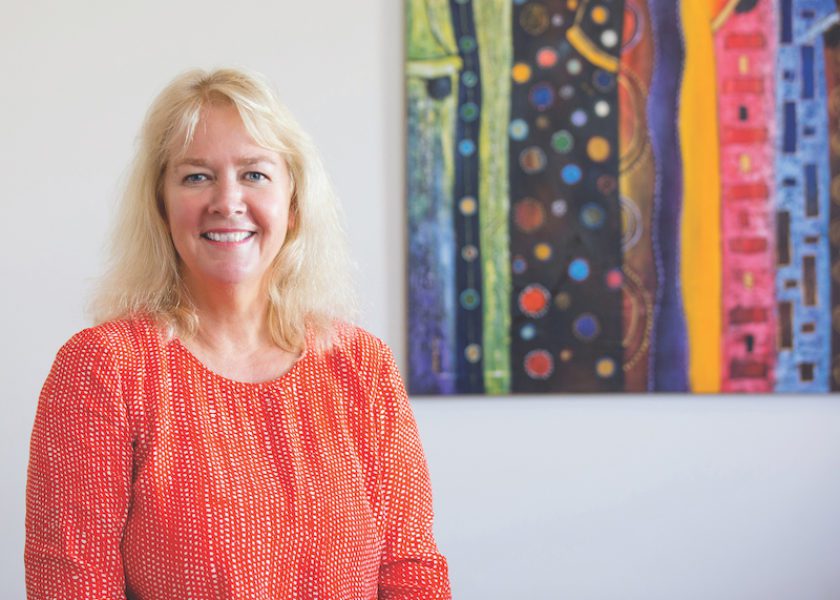 Established in Bermuda in 1998, The Adara Group is the brainchild of former Bermuda Commercial Bank Managing Director Audette Exel, whose business acumen and passion for social justice has raised millions of dollars and brought healthcare and education to people living very difficult lives in some of the most remote parts of the world.

“Everyone has a passion for something, and mine was the extreme poor, particularly women and children living in the world’s remotest places,” said Audette Exel. Adara was born out of her belief that everyone is entitled to the same health and education services, whether you are born in Bermuda, Sydney or the Tibetan/Nepali border and it is for this reason that in 1998 she established a non-profit organisation, alongside a business, whose sole purpose was to support the poor.

Fast forward 20 years and Adara has well-established projects in Nepal and Uganda, where the organisation has become a leading expert in maternal, newborn and child health, and remote community development. In the course of their work, Adara teams have stared down child traffickers, run medical camps in the aftermath of an earthquake, operated through Ebola outbreaks, become leading experts in how to get blended oxygen into a newborn baby when you don’t have consistent electricity, taught communities how to get a greenhouse going above 10,000 feet and worked with people in remote parts of Uganda living with HIV/AIDS. They are currently dealing with an outbreak of Congo haemorrhagic fever.

The Adara Group has two parts. The first is Adara Development, a charity and international development organisation, and the second is two Australia-based corporate advisory “for purpose” businesses whose objective is to fund Adara Development’s administration and emergency project costs. This allows one hundred percent of all other donations to go directly towards project-related costs.

“We have this unique model,” said Exel. “We’re a ‘B Corp,’ which is a Benefit Corporation, meaning we’re a business committed to do the best we can for all stakeholders—the community, environment, customers, staff. It’s a very wide scope of what businesses should look like in the world.”

In the early days, Adara worked with many of the major Bermuda reinsurers but after Exel, who is half Australian, half New Zealander, moved back to Australia in 2007 she broadened the focus to include Australian corporates. “We are competing at the highest levels of corporate advice in the Australian markets and have a panel of 14 of Australia’s most distinguished financial services professionals who are running their own organisations while working for Adara on deals entirely as volunteers outside of their home firms.”

Despite being based on the other side of world, Exel and Adara still have very close ties with Bermuda and she visits the island as often as she can. She lived here for 14 years, during which time she was managing director of Bermuda Commercial Bank, chaired the Bermuda Stock Exchange and sat on the board of the Bermuda Monetary Authority. Prior to Bermuda, Exel was a Sydney-based international finance lawyer.

“Adara was born in Bermuda. So many people helped me, so many Bermudians were involved in turning this crazy vision into something that was real so I have a huge gratitude to Bermuda, for the warmth and way people opened their arms to me, made me part of the community and for all the support they gave me when we were first getting up and running.

“We’ve had amazing support from the Bermuda business community, individuals in Bermuda, families in Bermuda,” said Exel. “We have had a 10-year partnership with Aspen who are amazing. Partner Re paid for our first mobile medical vehicle in Uganda and it’s still running everyday to either bring people into the hospital or take out health workers to vaccinate people or go out to deliver food and give support to clients living with HIV. That was 20 years ago. AXIS is also a great supporter.”

Exel’s work has taken her to the extremes of emotion: “There have been moments of pure joy and moments of pure terror.” In April 2015, after a horrendous earthquake hit Nepal, Adara found itself in a situation where not a single member of staff had a home that was still standing. “It was such an overwhelming catastrophe. Bermuda responded. We received a huge amount of donations from Bermudians who stepped up to help us.” The relief effort was led by Nepal Country Director Pralhad Dhakal who, despite losing his own family home, led a team running mobile medical camps for the three days after the earthquake.

As a result of its work in the remote region of Humla, Nepal, Adara has also become well known as child protection experts. “Boy Bermuda helped us with that,” said Exel. They found 136 children whose parents inadvertently paid traffickers to take them. This was during the Nepali civil war and the parents believed their children were being taken to safety in Kathmandu to receive an education. The youngest was just three years old. In order to get custody of the children, Exel had to guarantee 1.25 million US dollars to the Nepali government, which Adara did not have.

“I went out to 10 Bermuda-based families and over the course of a weekend I was able to raise that amount of money and take custody of those kids. Without the support I had from those families I never would have been able to save their lives.” One of the rescued kids is now a successful chef working in Sydney, who volunteers at the Adara offices in his free time. “Every time I see him in the office, I get that wonderful feeling of it’s all been worth it, every single bit.”

Of equal importance to Exel is Adara’s commitment to knowledge-sharing. “In the last 20 years, we’ve become quite expert in a couple of particular areas. For instance we are now amongst the world’s leaders in care to pre-term and low-birth-weight babies in places without consistent electricity supply.” They share this knowledge through training and various international networks. Exel also believes it’s important to share their mistakes.

“We are able to do that because of the way the Group is structured,” she explains. “Of the 32.5 million US dollars that we have put towards people in poverty since we began, approximately 10.6 million US dollars of that has come from our businesses. Our businesses ensure our financial viability and our amazing donors really stand with us, allowing us to talk about our mistakes. We feel the most important part of our legacy will be sharing our mistakes so others can do it better.”

When Exel reflects on the last 20 years she says there has been an “absolute sea change of opinion about the role of business in society and how you can use business for good, and Adara is considered to be a leading example of that. We’re still a small business, but we generate millions of dollars every year for our work proving you can use your business skills to affect change—that’s what the Millennials are looking for in their employers.”

Looking to the future, Exel wants to build on Adara’s knowledge-sharing pillar in order to help as many people as possible and also to bring the business model into Wall Street because she thinks “the model itself has applicability that’s way bigger than Adara.” In the meantime, she has themed the 20th anniversary year “a year of gratitude—it’s about being grateful for every single person along the way that helped make the Adara story what it is.”