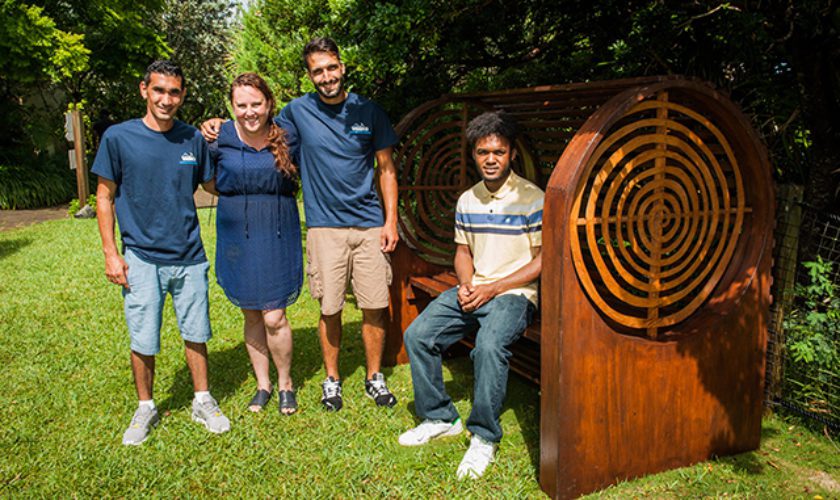 Seven teams of professional designers and builders paired up with participating students to design and create an award-worthy bench. Winners were selected in two categories: public vote and professional judging.

In the public vote, the first place winner was the “Lazarus Snail Bench (Laz)” by Jean-Pierre Lucas and Nafiayah Rayner who teamed up with Vanessa Daniel of Geoff Parker Architect to design their bench and Vieira’s Construction & Painting to build it. They were awarded $500. Second place went to “Moongate” by Joanna Martin who collaborated with Yanna Smith and Anthony Medeiros of Bermuda Stripping & Refinishing for construction and was awarded $300. Third prize ($200) was awarded to “The Great White” (Kevin Simmons, A’Maiah Butterfield and Clara James). They partnered with Claudia Richardson-Botelho of Botelho Wood Architects for design and E&G Craftshop and Signworx for the building of the bench.

The public judged the winners in the general category at an open voting session at the Aquarium where over 300 votes were cast, while the professional category was judged by seven industry professionals and was based on design concept, creativity and use of materials. 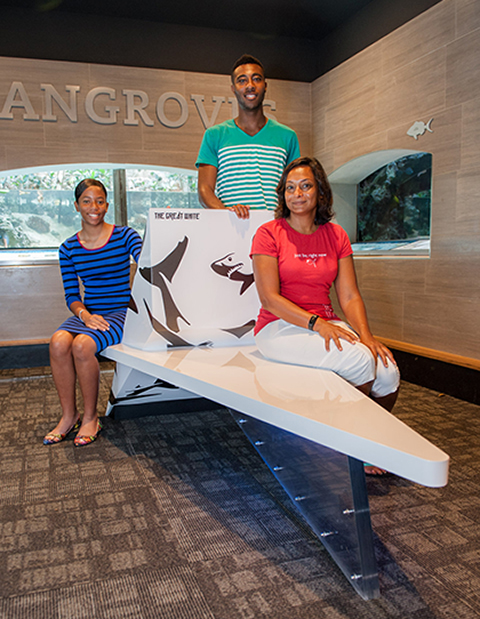