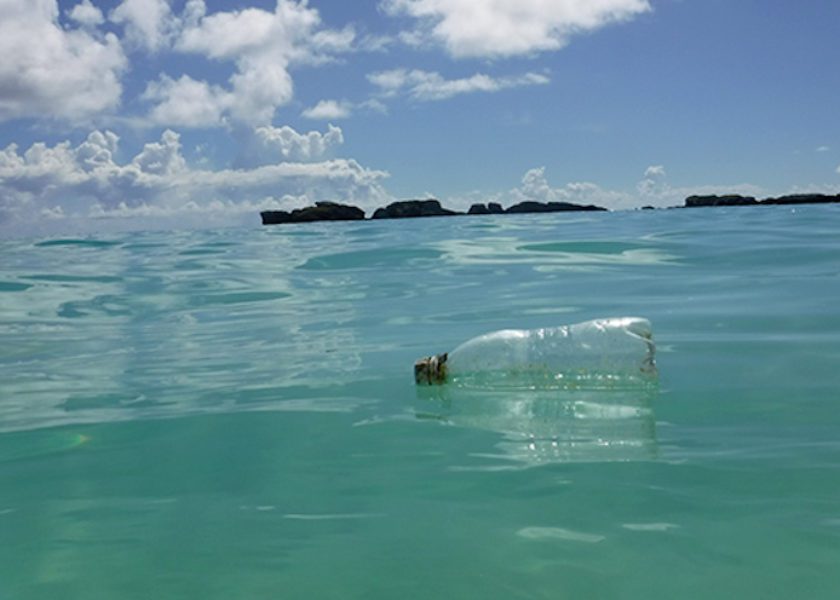 This September, BIOS is debuting a new citizen science program designed to encourage Bermuda’s residents and visitors to engage with the natural environment by collecting data from around the island. By utilizing an array of online tools and apps, and working alongside BIOS educators, people have the opportunity to directly contribute to ongoing research at BIOS and local conservation efforts.

“The best way for us to learn more about the environment is to gather reliable data about a variety of topics, but it would be impossible for scientists to gather these data alone,” said Kaitlin Noyes, director of community engagement at BIOS. “That’s where you come in! Anyone can be a part of the citizen science community and help reveal more about the world around us.”

Take Action!
There are four ways to take part in this citizen science initiative, each of which will be led and briefed by BIOS educators:

Track Biodiversity
Biodiversity describes the variety of organisms living within an ecosystem and the many ways in which they are connected, and it is an essential element for life on this planet. One measure of biodiversity is species richness, or how many plant and animal species are found within a particular ecosystem.

For this project, participants will gather field notes, photographs, and GPS data on Bermuda’s plants and animals. Then, they will log their observations using a variety of platforms such as iNaturalist (a social network of people sharing biodiversity information), Seek (a camera-based app used to identify plants and animals), reef.org, and the Bermuda Lionfish Taskforce database.

Monitor Marine Debris
Marine debris is litter from human activities that enter the marine environment, either discarded directly at sea or that makes its way into coastal waters from land due to runoff. One of the most pervasive types of marine debris are microplastics, which include larger pieces of plastic that have broken down, resin pellets used in plastics manufacturing, or small plastic beads used in many cosmetic products.

For this project, participants will record the type, amount, and size of debris found on beaches adopted by BIOS to help scientists tackle challenges presented by marine debris and gain better insight into the overall volume of these particles on Bermuda’s beaches. Participants will use the Marine Debris Tracker app along with a database to record their observations.

Restore Native Plants
Invasive species, or species that are not native to a particular area, are one of the largest threats to local biodiversity and ecosystem function. Many invasive species cause habitat damage and compete with native species for limited resources. Bermuda is home to 24 invasive plant and animal species, including the Brazilian pepper and Indian laurel.

For this project, participants will remove invasive plant species, transplant native and endemic (found only in Bermuda) species, then track the location of plants with iNaturalist and use a database to record their observations.

Catalog Plankton
Plankton forms the basis of the marine food chain, serving as a food source for many other aquatic organisms, including small fish, crustaceans (such as crabs and lobsters), juvenile squid, as well as certain species of penguin, seals, and whales. There are two main types of plankton: phytoplankton (plant plankton) and zooplankton (animal plankton).

For this project, participants will gather field notes and images of Bermuda’s zooplankton for BIOS’s plankton library, PLANKTOS. These images will help contribute to the understanding of seasonal and annual variation in the biodiversity of these communities in St. George’s Harbor. This project is supported by funding from the National Science Foundation, grant NSF OCE-2023372.

Setting the Stage
To begin the initiative, during the summer, Noyes led a team tasked with developing and refining the microplastics collection protocol that will be used for the marine debris portion of the citizen science initiative. The team included four Ocean Academy summer interns and Shane Antonition. an Ocean Academy mentor and research assistant at the Bermuda Aquarium, Museum, and Zoo. Antonition, a graduate of Plymouth University (England), focused his dissertation on the impacts of microplastics on the environment.

“Developing a collection protocol allows data to be consistently collected and compared across Bermuda’s beaches. This standardized data stream builds an invaluable time-series to look at the accumulation of microplastics here in Bermuda over longer time scales,” Noyes said. “These data give us a great snapshot of how much microplastic has, and continues to be, deposited on the beaches around Bermuda.” BIOS educators will be sharing their final protocol with the Bermuda Marine Debris Taskforce, of which BIOS is a founding member, this fall.

Over several weeks, Noyes and the team sampled eight beaches from around the island, with 16 beaches sampled total. Using 300-foot (100 meters) long transects (pieces of line) set at the dune, spring high tide, mid-high tide, and high tide marks on the beaches, the team randomly set three square frames, called quadrats, along each tide line. The quadrats measured 11.8 inches (30 cm) on each side.

Microplastics were then collected from within each of these quadrants and brought back to the lab at BIOS, where they were sorted and dried overnight and later categorized by size. Overall, a total of 228 gallons (864 liters) of sand were sampled for microplastics this summer, resulting in the collection of over 300 grams of microplastics to date. 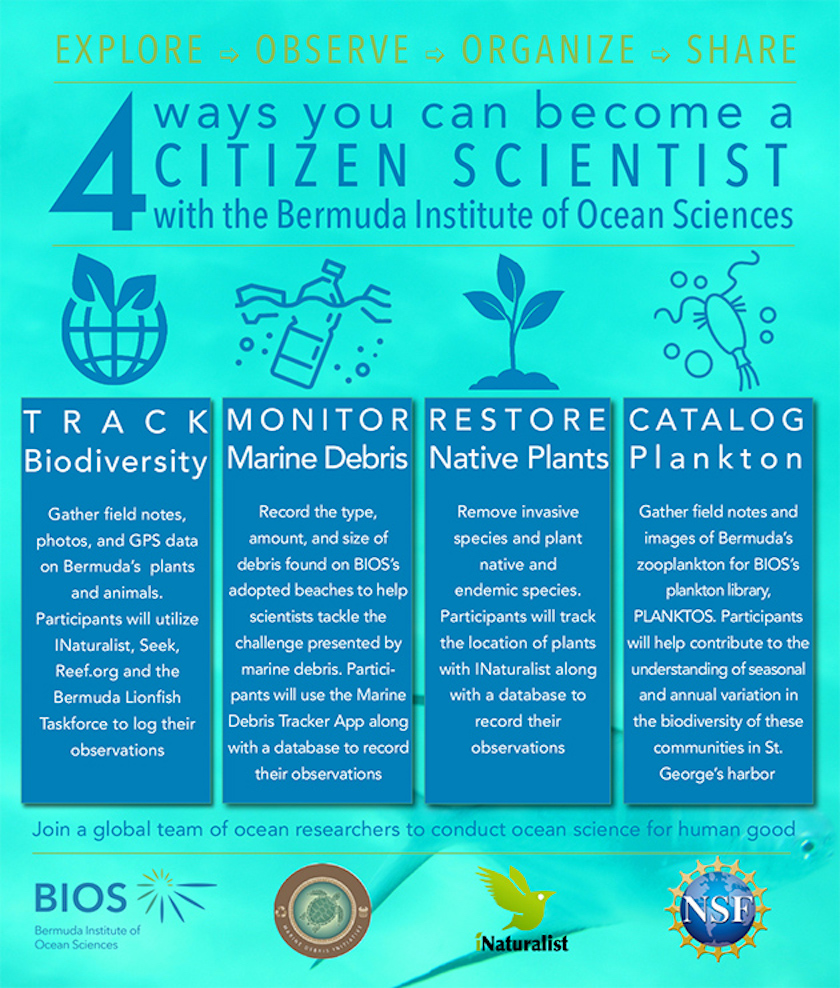 How to Get Involved
If you are interested in taking part in these new BIOS citizen science programs and helping researchers gather valuable data, please contact the BIOS Education Department at BIOS at oa@bios.edu.