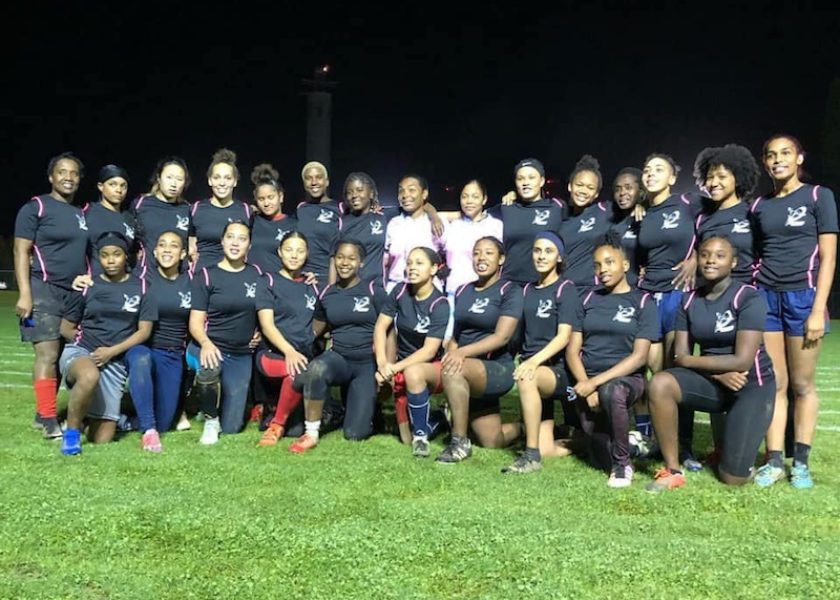 One of the most exciting developments within Bermuda’s sporting community is undoubtedly the recent establishment of a development academy for women’s rugby.

Launched in January, the academy features a Bermuda Women’s Rugby Developing Player Programme (DPP) for 2019-2020, the first of its kind for women’s rugby. An initial draft of 16 recruits have been welcomed into the program, a number that the academy’s leadership plans to grow in the coming months.

The DPP is the first step on the pathway to establish a pool of talent for women’s rugby. Those selected for the program have been identified as aspiring athletes who have shown stand out characteristics to develop further and potentially represent the Bermuda Women’s National Sevens Team in its domestic and international campaigns.

The Developing Player Programme (DPP)’s has three key strategic aims:
• To provide the first entry point opportunity for players 13 -17 years old into an elite Academy pathway. The DPP will engage and develop a select number of players whose potential will emerge at different stages of development
• To develop players that will contribute to a successful Bermuda Women’s Sevens Team for the foreseeable future.
• To support and develop the necessary abilities for players to attend Universities on rugby scholarships
Gillian Cross, current Women’s Sevens Captain and a long-serving member of the Bermuda Women’s Rugby team commented:
“Being a member of the Bermuda Women’s Academy Team is an honour, but it also requires a special commitment. With the level of competition we face in the international arena as high as it is, success and fun on the rugby field does not come without some extra effort – more than just the effort it takes to show up on the day of the game. Cross continues: “We are talking about the kind of effort that involves hard work, choices about the way in which one spends free time and making sacrifices. People very seldom are successful at anything unless they can have fun doing it and they believe that many good rugby experiences lie ahead for the squad.”

Following the launch of the academy and for the first time in the history of the BRFU, a domestic contact women’s tournament has been set up to give the growing numbers of contact players the ability to test their ability and decision-making skills in regular game play.

4 contact games will be held once-weekly on a Friday. These round-robin tournaments are a key component to the development and progression of our aspiring athletes and the experience of our teams.

The coaching team, led by Jamie Barnwell, whose vast experience includes two years as the Head coach of England’s Senior Women’s Rugby Academy, has big plans for the academy’s development and sees the Developing Players Program playing a critical role in Bermuda’s campaign at upcoming scheduled tournaments and internationals such as the Ariel Re Sevens (March 15-16) and the Rugby Americas North Sevens in June 2019.

If interested in joining or learning more about the program, please reach out to the coaching team via email: bermudarugbywomensmanager@gmail.com.