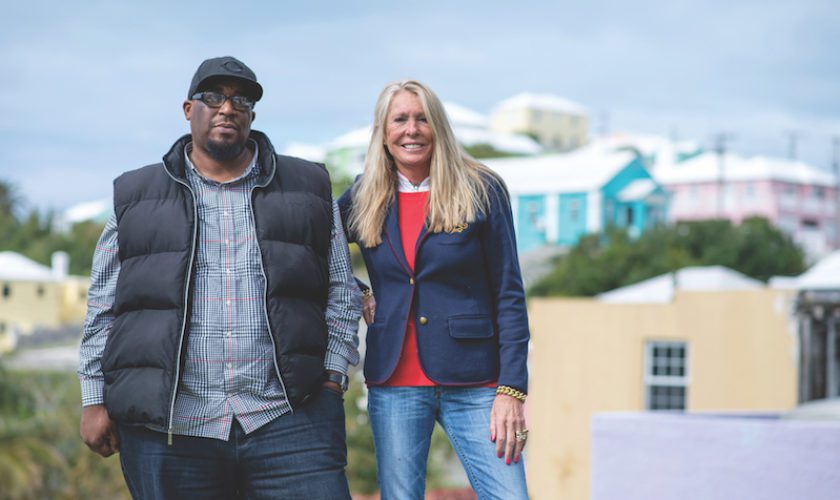 At a time when income inequality, joblessness and an aging population are making it increasingly difficult for local families and the elderly to maintain safe and healthy home environments, the third sector’s role in assisting the island’s less fortunate is more important than ever. Habitat Bermuda—a local affiliate of the internationally recognised affordable housing organisation Habitat For Humanity (HFH)—is one such charity which consistently steps up to help struggling Bermudians maintain a respectable standard of shelter and security in their own homes. Habitat Bermuda accomplishes this by offering home renovations to individuals and families in need on a pro-bono basis, and has been considerably busy in recent years.

HFH was originally founded in 1976, and has since built and renovated over 200,000 homes for needy families around the world, with former US president Jimmy Carter being one of its most high-profile supporters. President Carter’s son, Jack Carter—who is also a strong proponent and used to live on the island—was personally involved with Habitat Bermuda becoming a direct affiliate of the global organisation in the early 2000s, as were locals Jim Stanard and Alan Burland. HFH regularly provides Habitat Bermuda with informational materials, standards lists and notices of training and upcoming conferences, ensuring a strong connection and support network for local projects. President Carter and his wife, Rosalynn, visited the island themselves to give their blessing to Habitat Bermuda after it became official.

Chairperson Sheelagh Cooper notes that while the organisation has a fixed goal of completing 12 projects per annum, it typically exceeds this number, with its 2015/2016 annual report stating that a total of 72 projects were completed in the preceding four years. Following this, 2017 proved to be a record year, with some very generous donations resulting in 16 projects seen to completion. As an all-volunteer organisation, Habitat Bermuda has roughly 10 to 12 people working on any given project, and much of its support comes from local and exempt companies whose staff decide to donate a “day of giving.” Building supplies are generously donated or substantially discounted from local retailers such as Pembroke Tile & Stone and Baptiste Builders, while local architects like Stephen West and David Benevides have donated used building materials still in good condition. Having a strong support network and virtually zero overhead allows the organisation to put every dollar it receives directly into renovation projects.

Habitat Bermuda enjoys a partnership with Age Concern and the Coalition for the Protection of Children (CPC)—another local charity chaired by Cooper—to prioritise families with children and/or elderly people whose needs are of particular concern. It also works with young men who are involved in gangs and want to break out of the lifestyle, offering them opportunities to work on Habitat projects alongside skilled labourers and learn the basics of certain trades.

Habitat Bermuda’s goal for 2018 is to continue its work at the same rate as in 2017, but achieving this goal will depend largely on donations and Bermuda’s philanthropic spirit going forward. “We’d like to thank everyone who’s donated their time, money and resources, and we are always on the lookout for new volunteers and donors,” says Cooper.