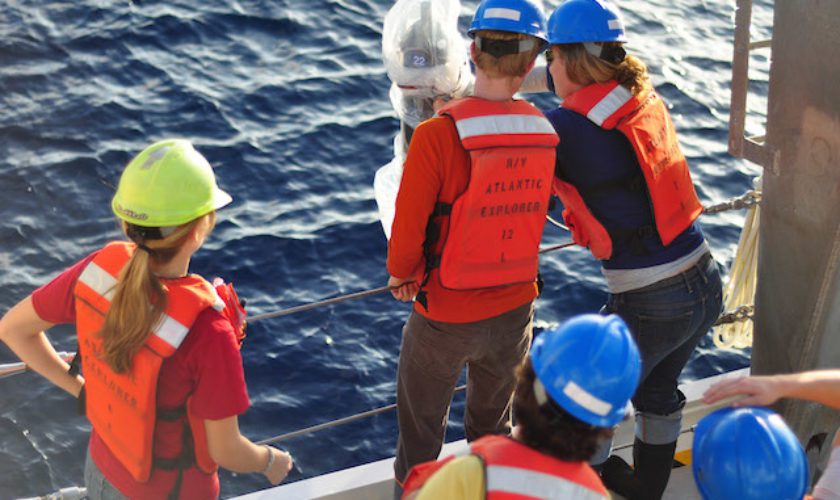 For Women In Oceanography, Progress is Made—And Challenges Remain

Oceanographer Kristen Buck has been spared the gender discrimination faced by her female predecessors, who until the 1960s were often restricted from science labs, kept from leadership positions, or prohibited from sailing on research vessels.

“I am familiar with the struggles earlier generations of women faced in oceanography and especially seagoing oceanography, and I am grateful for the ground they broke for the rest of us,” said Buck, 35, a chemical oceanographer at the University of South Florida who spent five years at the Bermuda Institute of Ocean Sciences (and whose resume includes more than 20 expeditions at sea).

Buck is among 200 women, including three BIOS scientists and alumnae, who offered reflections on the inroads women have made in marine science for a special issue of the magazine Oceanography. The report, “Women in Oceanography: A Decade Later,” is a follow-up to a 2005 report published by The Oceanography Society that examined why men continued to vastly outnumber women at the higher levels of the discipline, even as the number of female graduate students grew. 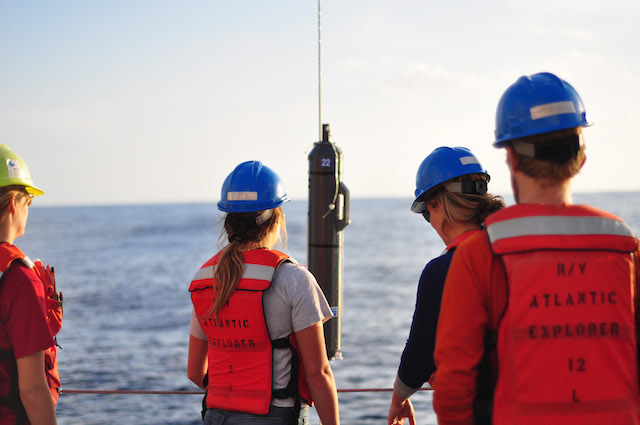 The latest report illuminates the progress that has been made in addressing career barriers since the first volume was published and areas where further attention might still be needed.

“I still find myself one of only a few women on most boards or governance committees I serve on, and as I’ve gotten older have become braver about speaking my mind when I encounter gender-related issues,” wrote Deborah Steinberg, 49, a former BIOS scientist and current member of the BIOS Board of Trustees. Now a marine science professor at the Virginia Institute of Marine Science, The College of William & Mary, she relishes seeing her graduate students and post doctoral advisees develop their own careers and start families. “I have a sense of a job well done,” she said “and must say I am happy.”

The women’s stories are told through statistical measures, longer narratives, and articles describing innovative U.S. programs that were conceived to promote women and retain them in science, technology, engineering and mathematics (STEM) fields. In personal essays, women write (primarily with joy) about their oceanography careers, detailing their fulfilling work, the opportunity for travel and adventure, and their pride in accomplishments made for a greater good.

Many of those profiled in the report also noted the challenges they face from the competing demands of career and family, while some who tried to find a personally satisfying balance were judged harshly for their choices.

“Be creative about how you do it,” advised Steinberg, who contributed to the recent report and the report in 2005. “And remember it’s okay to have fun—we have a holiday lunch with our women faculty that I look forward to all year! Surround yourself with excellent support staff and students; it will make your job much easier.”

Today, female scientists make up a third of the research community at BIOS. Among them is biologist Amy Maas, 30, who joined the BIOS faculty in January along with her husband, biologist Leocadio Blanco-Bercial. When considering the opportunity to move to Bermuda, the couple credits, in part, an institution culture that is increasingly supportive of needs of dual-scientist couples and their families. Since meeting on a research cruise in 2011, they had never lived in the same place; both had jobs and research commitments at universities in different states.

Further complicating matters is their nationalities; Maas is an American, and Blanco-Bercial hails from Spain. This caused handwringing as they decided where to put down roots and further develop their research. Ultimately, Maas said, it was the support they felt from BIOS, the adventure, and the unique opportunity to work at an institution that bridges both of their homelands that guided their decision.

“Moving together to Bermuda,” she wrote in her essay,” is one of the personally scariest and scientifically most exciting things that has ever happened in my life.”

“Women in Oceanography: A Decade Later” is available online at https://www.tos.org/oceanography/archive/27-4_supplement.html