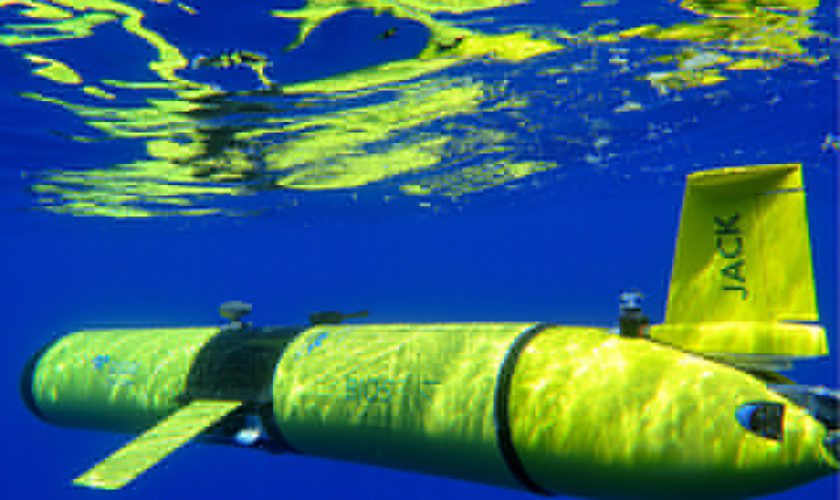 BIOS welcomed the first student users of its new high-tech facility known as the MAGIC Room—a room designed to facilitate data analyses, scientific collaboration, and learning among students and visitors from Bermuda and abroad. Students sat at a large, U-shaped table in swivel chairs that pivoted for views of multiple screens, including a multi-screen video wall at the front of the room and an 84-inch high-definition touchscreen on an adjacent wall. As underwater gliders roamed the ocean 50 miles away, students discussed the gliders’ near-real time measurements of oxygen, salinity, current strength, and other incoming physical and chemical data.

“The multi-screen display, with the nine large monitors, is the ‘wow’ factor in the MAGIC Room,” said Charlotte Dormon, a recent Oxford University Earth sciences graduate who was among 10 students to have exclusive access to the room during a course titled Modern Observational Oceanography hosted by BIOS in July. During the three-week course, students and staff used the space daily for lectures, academic discussions, and private study. At the end of the course, students presented their individual research projects to their educators and peers.

“The large-screen display provided high-resolution projections of global atmospheric and oceanic patterns,” Dormon said. In addition to illustrating the course material, she said, “the screen was great for new software demonstrations. It was a focal point for communicating the latest observational oceanography technologies to the group, and greatly enhanced my learning experience.”

“It’s magnificent to have a space that facilitates open interactions between the students as they visualize and learn how the ocean functions,” said physical oceanographer Ruth Curry, a course instructor who oversees the glider program at BIOS. She described the MAGIC Room as a modern data-gathering and information-sharing venue that will serve as the land-based nerve center for robotic glider operations, research-driven analyses and educational outreach in Bermuda.

The MAGIC Room is named for the Mid-Atlantic Glider Initiative and Collaboration, launched at BIOS in 2014 to enhance and leverage the Institute’s long-standing ocean measurement programs through the use of autonomous underwater vehicles. The overarching goal of MAGIC is to acquire new, high-resolution measurements from underwater gliders to assess the contribution of small-scale processes that sustain the ocean’s biological productivity, and to make those assessments over several years to build a statistically meaningful understanding of them.

Together, these measurements enable researchers to address long-standing questions about the biological productivity that supports the entire marine food web, as well as the ocean’s role in drawing down carbon dioxide from the atmosphere—a process that affects the rate of greenhouse warming.

Curry says the summer course was the first of many ways she and colleagues plan to use the new facility. As gliders work far offshore of Bermuda—BIOS currently operates three—the MAGIC Room provides Curry and her collaborators with a central command post from which they can pilot them, using observations sent back by satellite to make informed decisions during the mission. The vehicles can be monitored from computers or mobile devices, sending instructions via satellite to direct them along desired tracks.

The gliders dive and climb continuously in a see-saw pattern acquiring data from the surrounding water using internal and externally-mounted sensors that measure the physical and chemical properties of ocean features. They surface at pre-programmed intervals to transmit their data to the MAGIC Room, where Curry and others analyze them and can adjust their missions by sending new instructions.

With the support of the FIL Foundation, BIOS renovated a portion of the Institute’s existing library to create the MAGIC Room, transforming a 45-year-old room that had been used for traditional research and study into a modern hub of activity.

BIOS senior scientist, Professor Nick Bates, a lecturer for the Modern Observational Oceanography course, said he enjoyed the students’ enthused reaction to the space. “We provided the students with a very engaging learning space and collaborative working environment that enabled them to build connections with each other and the topic of the course,” he said.

“Through my years of teaching I have seen how an experiential learning experience like this can influence the academic and career choices of students. The MAGIC Room enables BIOS to deliver those valuable experiences in a way that is truly transformative for the students who participate in our programs.”