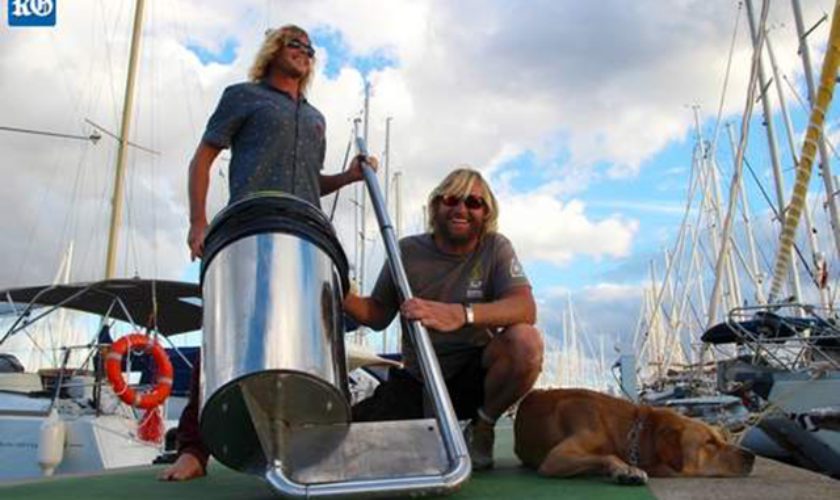 The Butterfield Group will sponsor the installation of the pre-series V5 Hybrid Seabin to coincide with the start of the 35th America’s Cup. Water is syphoned from the surface and passed through the natural fibre catch bag inside the Seabin. The water is then pumped back into the marina leaving litter and debris trapped in the catch bag to be disposed of properly.

Butterfield is an Official Supplier and the Official Bermuda Bank, and the Hamilton Princess & Beach Club is the Official Hotel of the 2017 America’s Cup.

The Princess Marina at Hamilton Princess & Beach Club will be contributing space in their new marina facility, which is an ideal location for installation of the pre-series Seabin and will be one of 10 locations globally to have the pre-series V5 Hybrid Seabin installed.

Allan Federer, General Manager of the Hamilton Princess & Beach Club, said: “We’re delighted to be involved in this environmentally-friendly project that will clean the water in the Marina. The water filtering system will make a huge difference, collecting all floating rubbish, oils, fuel and detergents to tackle a local problem that has global implications.”

During the test period of three months, experience and feedback including data from the debris collected will be gathered, before the commercial sales of the Seabins commence mid-year.

As a Global Pilot Partner, Butterfield will additionally introduce the Seabin Project’s education and research programs in Bermuda to increase awareness of the problem of plastics in the ocean among the island’s youth.

As Butterfield operates primarily from island jurisdictions, the Bank has a great appreciation for the marine environment and supports initiatives that will assist with the preservation and improvement of island and maritime ecosystems.  The Bank plans to eventually install Seabins at marina locations in some of its other jurisdictions, as well.

“The team and I at Seabin Project are extremely excited to announce this dynamic partnership. With Butterfield being the Official Bermuda Bank and providing sponsorship for the 35th America’s Cup, and partnering with Seabin Project at Hamilton Princess & Beach Club as the selected location, it will have a huge impact on the ocean plastics problem we are addressing with the Seabin technology.  The fact they will be rolling out the tech, education and research programs to some of their other locations around the world is nothing short of amazing,” says Pete Ceglinski Managing Director and Co-Founder of Seabin Project.

Michael Collins, Butterfield’s Chief Executive Officer, said “As an island-based financial services company, the economies and daily life in our communities are tied to the ocean.  We are, therefore, focusing our corporate giving efforts on the protection of the marine environment.  The Seabin Project with its innovative approach to addressing the problem of plastics in the ocean–combining technology and education– was a natural fit with our environmental focus, and we are pleased to be working with the Seabin Project team.

“I would like to express our appreciation to the Hamilton Princess & Beach Club for providing the ideal location for Bermuda’s first Seabin.  We look forward to developing similar partnerships in our other jurisdictions to support the rollout of Seabin technology in those communities.”