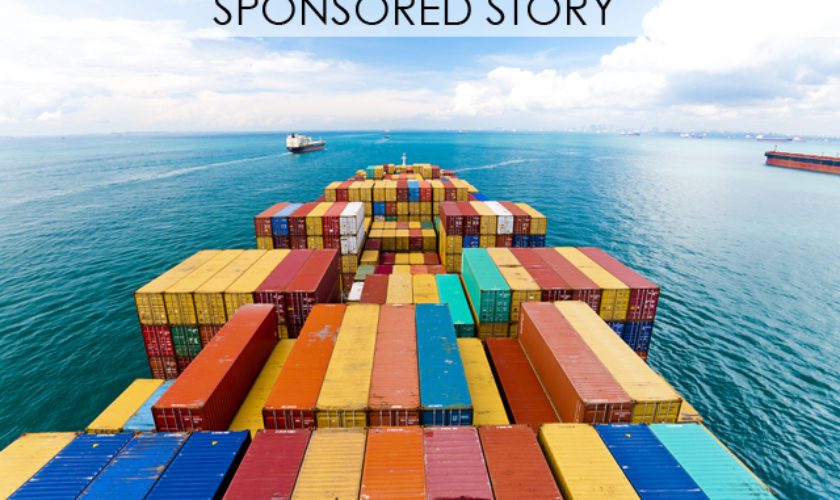 The Oleander Project: Packing Science into a Weekly Shipping Routine

Since the late 1970s, the Oleander has transported all manner of goods to Bermuda while also serving as a “volunteer observing ship” that collects oceanographic data while in transit. Observers from NOAA have launched instruments called bathythermographs off the ship en route to Bermuda, which collect temperature data from the ocean’s surface to the seafloor. Because scientific research vessels are expensive to run and tightly scheduled, the Oleander’s routine travel between Bermuda and New Jersey provides an unprecedented opportunity to collect data across Atlantic waters that play a role in climate processes and host important fisheries.

The current Oleander vessel (the second of the same name) was built in 1990.  At the time, University of Rhode Island oceanographer Tom Rossby convinced Bermuda Container Lines to alter their ship’s design so that instruments could be installed to measure ocean currents while in transit.

Since 1992, the temperature measurements by NOAA have been supplemented with ocean current data collected with Acoustic Doppler Current Profilers (ADCPs) mounted on the ship. The ADCPs emit a “ping” that travels from the ship down towards the sea floor.  When the “ping” sound waves collide with particles in the water, the sound is reflected back and recorded. If particles are in a current moving away from the ship, then the sound waves return at a lower frequency, like the pitch of a train whistle that decreases as the train moves away from you. Because the ping rebounds differently off of layers in the ocean moving at different speeds, scientists can subtract the speed of the moving ship to understand and monitor the speed of the currents.

The Oleander data show that shallower waters over the U.S. continental shelf have been getting warmer, and warming faster, according to a study published in June by physical oceanographers at Woods Hole Oceanographic Institution (WHOI).  They found that since 2002, the waters have warmed fifteen times faster than any time in the past 100 years.

While the majority of ocean temperature measurements focus on the temperature of surface waters, the Oleander data uniquely captures changes in temperature from the surface to the sea floor.  “The Oleander data is special, because it goes through the whole water column on the shelf.  And if you’re a fish living on the bottom, you care about that,” said WHOI scientist Magdalena Andres in a press release describing the study she co-authored in the Journal of Geophysical Research this June.  Critically, the study showed that warming seawater is not is not limited to the ocean’s surface, as would be expected if air temperature were the sole culprit in warming. This suggests that currents like the Gulf Stream play an important role in the process. “It was this trove of shelf temperature data that we could use to help us address these questions,” said Andres.

A new five-year grant from the National Science Foundation will update the ship’s instrumentation, and BIOS scientist Ruth Curry will take the helm of the Oleander’s physical data program from oceanographers at the University of Rhode Island and Stony Brook University.

“The newly funded grant will ramp up BIOS responsibilities so that we will be completely running it by the end of the five years,” said Curry.  Her onboard collection of temperature, salinity and currents from the surface to the deep will mesh with an ongoing carbon dioxide research program led by BIOS marine geochemist Nick Bates and funded by NOAA. His team’s nine years of dissolved carbon dioxide data collected aboard the Oleander have helped to model the magnitude and consequences of the ocean’s absorption of this greenhouse gas from the atmosphere.

“We’ve really benefited from great help from the Oleander crew and the master of the vessel,” said Bates, who installed a delicate instrument in the engine room to measure dissolved gases in seawater drawn into the ship as the Oleander is underway.

Bates said the successes of the program speak to the goodwill and faith of the ship operators Bermuda Container Lines (part of the Neptune Group Limited), who know they are contributing scientific data needed to illuminate the inner workings of the Atlantic Ocean.