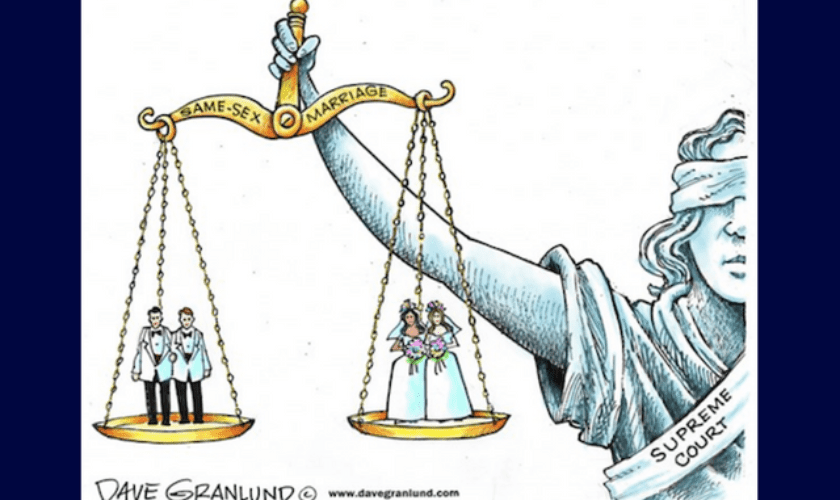 Kevin Dallas is cuter than a corgi butt. Let’s get that out of the way.

It’s been around six months since he arrived at the helm of the Bermuda Tourism Authority, tasked with guiding us into the unchartered waters of the America’s Cup, and he’s been flawless (also: adorable) thus far. But the last two weeks have been particularly noteworthy.

In short: our meticulously nerdy, lovingly awkward, openly gay tourism CEO is crushing it right now. Which might explain why he decided to take the gloves off when Wayne Furbert tottered in to mirthlessly micturate on his parade.

In a Facebook post this Thursday, Mr Furbert vowed to reverse the Supreme Court decision on same sex marriage “on behalf of the majority of the people of Bermuda.”

“I may have to go alone,” he courageously declared, “so I hope you have my back!”

Threatening to overturn such a historic decision is the kind of thing you’d expect his political opponents to jump on. “There goes dotty old Wayne Furbert again,” they might’ve noted, “trying to lead a march back under the steeple where the gays don’t exist. Quelle bravoure.” But no. We got bupkis. Nada. Not a peep. Quelle surprise.

‘Asking all Bermudians, visitors, and friends of Bermuda to tell Wayne to leave the same sex marriage decision alone,” he wrote in response to Mr Furbert. “Trying to roll back rights puts him on the wrong side of history. We don’t “have your back” on this one sir, quite the opposite in fact!’

It’s hardly a row worth clutching your pearls over – for Mr Furbert, it’s another day another dollar – but in making his post, Mr Dallas crossed the political rubicon our government has proven too scared to ford itself: social progress. Specifically, progress opposed by the Church Vote.

It’s really not all that shocking, truth be told. Before coming back to Bermuda, Mr Dallas had dedicated a significant amount of his career advocating for a more LGBT-friendly environment in the corporate world. He even earned a nomination at the 2016 British LGBT Awards as an inspirational role model in business. Erstwhile, back on-island, he’s already shown he has the executive chops as tourism CEO. But this Thursday we found out we’ve got the other Kevin Dallas as well—the outspoken gay role model.

“I think the most constructive thing I can do [for LGBT rights] is be here, be who I am, and do the best job I possibly can,” he told me in an interview earlier this year. “I’ve never found Bermuda to be anything other than friendly and welcoming, and a place where I can be myself. On the other hand, I am pretty sure that part of 17 year-old me’s desire to be somewhere else was because I wasn’t so sure that would always be the case.” It’s a prescient notion considering the response his Facebook post drew from one local in particular.

“With all do respects, Kevin Dallas, who are you to tell all Bermudians, visitors, and friends of Bermudians, to tell Wayne Furbert, a duly elected representative of the people of Bermuda, to leave the same sex marriage decision alone?” wrote one Allison Thomas (grammar edited for legibility.)

“Put all your energies into what you came ‘back’ home (and I use that word home loosely) to do with your involvement in the BTA,” she told him.

“Don’t think that we Bermudians are so gullible as to support the call from any ‘Joe Blow.’ Wayne Furbert is directed by his constituents who voted for him, the majority who voted in the recent referendum on this subject, and by his heavenly Father that rules over all.”

“You’re very welcome to your view, as I am to mine,” Mr Dallas responded, adding: “I don’t think human rights should be decided by a vote.”

In case you missed the implication here, this is a supposedly apolitical public figure stepping up to fight for progressive values against the church. In Bermuda. Yes, Virginia, you read that right. And it’s about time someone did it.   Social progressives in Bermuda must feel like Gretchen in Mean Girls, trying to make “fetch” happen, and the church is Regina George. Maybe one day we’ll have a political party that isn’t afraid of playing chicken with the head of the henhouse, but until then pushing issues like same sex marriage falls squarely on our own shoulders. On the shoulders of people like Winston and Greg and Mark Pettingill, and now Kevin Dallas.   Here’s hoping our CEO is only just getting started.