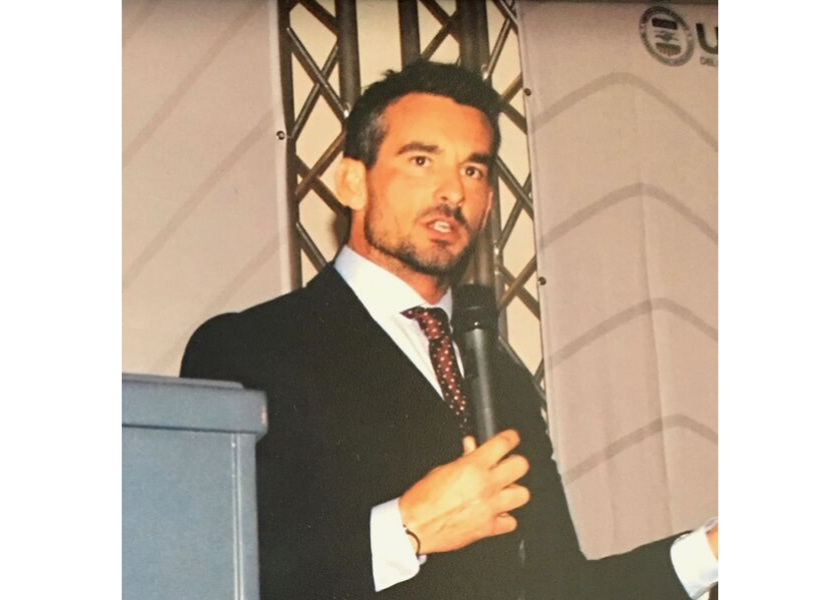 By age 40 Jeff Baron was known as ‘Senator, Minister, Peacekeeper, Team Leader, Board Director, Sergeant, Mentor, Volunteer, T-Ball coach and lots of other titles and honorifics. ‘Dad’ is – and always will be – Jeff’s favorite title. Ever. When he’s not leading senior risk management projects or public speaking you’ll find him at home writing his first novel, ‘We Go Together’, about travelling the world with his dad. He lives in Pembroke with his ten-year-old son, Jackson.

1. What is your favourite Bermudian tradition?
The art of building and flying a kite on Good Friday. Handed down from generation to generation the kite styles, sounds and where to fly them becomes so ingrained and important to us – like a coat-of-arms for our family. I felt like I was honoring my Dad when I first made my own kite.

2. Where is the best place for a fish sandwich?
For me? My kitchen – I love to cook and the fish sandwich is a staple on Friday’s especially. I love being able to use my favorite ingredients to make this simple meal. *This is NOT an invitation to my kitchen.

3. What is the best advice you’ve ever gotten?
‘Becoming successful is like going to the beach with your parents. The ride home is short but it takes a long, long time to get there’.

4. What do you like most about yourself?
That I will never, ever kneel at the altar of mediocrity.

5. What do you like least about yourself?
Either my wonky nose (from genetics and boxing) or my struggle to live ‘in-the-now’. Probably both, equally.

6. What was your first job ever?
Carrying fresh-mixed cement in large buckets to the skilled laborers on a construction site at age 14. That was when I learned what an honest day’s work was.

7. Who was/is the most influential person in your life?
My father – no question. ‘Influencers’ nowadays are half-baked. It’s all good vibes, what to wear and who to listen to. That’s b*llshit. True inspiration was seeing my father succeed and fail over and over. That’s authentic influencing. His death was the single-most influencing event in my life. I wish I could tell him that right now.

8. What’s in your wallet right now?
My son’s (Jackson) school picture from 4 years ago and a series of paper reminders that I need to spend less money.

9.Do you ever get island fever?
Yes. It’s OK to admit, people! Look, I live all-in as much as I can so I love Bermuda and love her until I need a break. I keep coming back for more – which says it all, really.

10. Loquat or Bermuda banana?
Loquats – and to be honest everyone should say loquats. Why? Grown adults trespass to steal them from trees. We even tell people where and when we’re going to steal them. Does anyone post on Facebook about stealing little Bermuda bananas? No. Its all about Loquat-theft and its absolutely hilarious and magical and so very Bermudian.

12. What is your guilty pleasure?
You know – I stopped feeling guilt about the things in life that give me pleasure. What’s the point? I feel guilty for NOT indulging. Life’s too short.