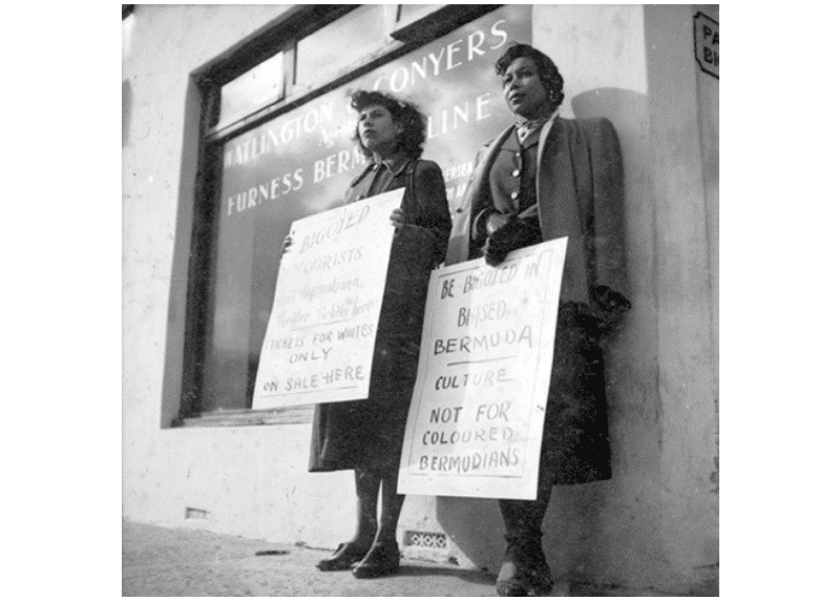 Bermuda’s history is marred by its inclusion in the African Slave Trade and the subsequent inequality and segregation of black Bermudians and while we like to think the atrocities of our past are well, in the past, we can’t forget our roots or the brave Bermudians who fought so hard to bring about the change that Bermuda so desperately needed. Here we pay homage to 6 civil rights leaders who paved the way to a brighter Bermuda.

E. F. Gordon, Leader of the Bermuda Workers Association
After the abolition of Slavery in Bermuda in 1834, many more subtle ways to persecute and discriminate against black citizens still existed. During Gordon’s life, which began a few generations after the first emancipation day, a powerful oligarchy of white businessmen controlled every aspect of Bermudian economic and political life.

Segregation existed in schools, churches, and businesses, and made it difficult for black citizens to succeed. Any attempt to change this status quo by a black person meant risking their jobs or having their mortgages called in and losing their house. E. F. Gordon became the president of the Bermuda Workers Association, a trade union focused on the removal of segregated systems. He fought for equal rights for black workers and laid the groundwork for social change that came about after his death.

The Progressive Group
Dr. Clifford Maxwell, Florenz Maxwell, Izola Harvey, and Gerald Harvey, who lead the theatre boycotts in Bermuda, only revealed their identity in 1999. At the time, the theatre was the staple of Bermudian entertainment and a huge social event. Theatres on island were segregated, and staging a peaceful protest in front of the hubs of social culture had rippling impacts.

At the time, the individuals kept their identities and the plan absolutely secret because they were worried about endangering the livelihoods of their parents by arousing white animosity. After the boycotts successfully resulted in the desegregation of theatres, the influence of the group spread to other industries and businesses, and eventually helped achieve universal suffrage.

Edward Richards
Edward Richards was the first black head of government of Bermuda and Bermuda’s first premier. Affiliated with the UBP, he was a powerful opponent of segregation. He was originally born in Guyana, but came to Bermuda to teach at the Berkeley Institute, and was given citizenship after seven years. He was also an associate editor of the Bermuda Recorder where he would make his criticisms of segregation known.

He also assisted E. F. Gordon as he took his petition to the British government in an effort to end segregation. In later life, he became a lawyer, the fourth black lawyer called to the bar in Bermuda. In 1970, Richards was knighted by Queen Elizabeth for his efforts to promote equality in Bermuda and his position in political and legal communities.

Mary Prince
Mary Prince was a Bermudian slave who published an autobiography, the first book about the life of a black woman to be published in England. She was born a slave and her ownership can be traced to prominent Bermudian families. Offering an account of being sold, she wrote:

“The bidding commenced at a few pounds, and gradually rose to fifty seven, when I was knocked down to the highest bidder; and the people who stood by said that I had fetched a great sum for so young a slave.”

Her ownership was transferred many times, living both in Bermuda and elsewhere in the Caribbean, she eventually married Daniel James, a former slave who had bought his freedom.

Prince relayed scathing commentary about her owner John Wood’s cruelty towards her and when her autobiography was published he attempted to sue the publishers but failed. Mary Prince’s autobiography remains the only first-hand account of a Bermuda slave.

James “Jemmy” Darrell
A skilled sailor who maneuvered ships through Bermuda’s dangerous reef system, James Darrell was a Bermuda slave who work as a pilot in Bermuda. Bermuda’s small size meant that many slaves worked in maritime trades, in contrast to slaves taken to the U.S. who were forced to take on agricultural roles.

During his time as a slave, Darrell played a role in creating what is now HM Dockyard. A surveyor, Thomas Hurd, was sent from Britain to prepare the land for construction, and three slave pilots helped him in his efforts, likely chosen for their extensive knowledge of the bays of Bermuda’s shoreline.

After Darrell maneuvered the HMS Resolution into what is now Murray’s Anchorage to a crowd of impressed onlookers, the captain of the ship, Admiral George Murray, wrote to the governor to recommend his release. When he was 47, he was released for his outstanding skill as a pilot. Thought this meant that he could earn money, he was not able to vote, or participate in many other civil rights concessions.