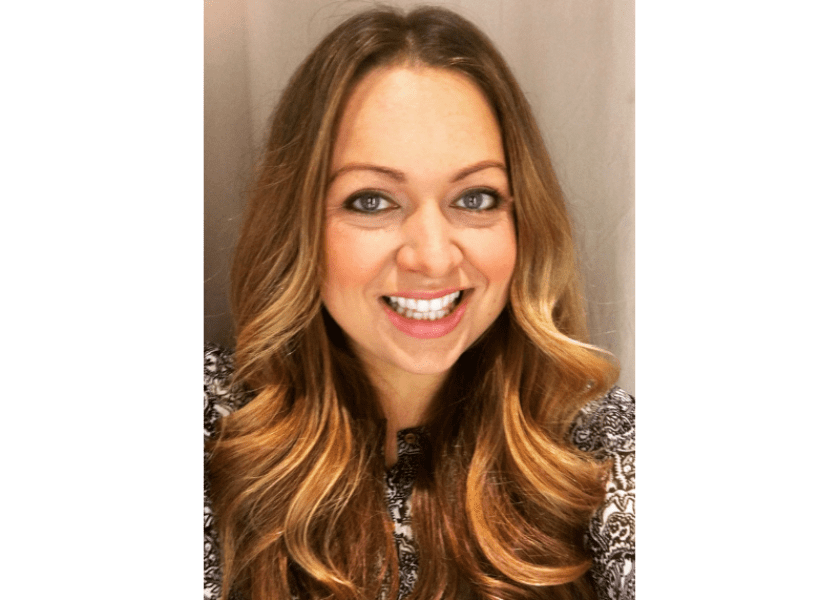 A Q&A with Clare O’Connor

This year has seen a new wave of feminism sweep across the world, starting with the Me Too movement that began in late 2017, and there seems to be little signs it’s slowing down. Record numbers of women are seeking political office, they’re marching in the streets, and taking down the men that once enjoyed tacit immunity from sexual harassment and assault.

Female empowerment has reached a new zenith in cultural relevance, prompting discourse across the globe. And here at The Bermudian magazine, we will be adding to those conversations. Last month we spoke with Volvo Ocean Race competitor Emily Nagal and this month, we listen to Bumble Editorial Director Clare O’Connor, 35, a former writer for The Bermudian magazine, share her thoughts on being at the vanguard of the feminist focused dating/networking/friendship app.

What are you doing in Austin?
I come here once a month for work. Our HQ is here so they have a house for us, which is very generous.

Ok so—in brief—what is your job description?
I am responsible for all things media, content, and social at Bumble, which is a women-first dating and networking platform with 41 million users world-wide.

Yeah it’s growing fast. It was like 22 million when I started nine months ago [in January].

You started out in journalism at the Royal Gazette, is that right?
I did when I was a teenager, had some great internships during college at magazines and papers in Philadelphia—Philadelphia Magazine and Philadelphia Weekly. And then I guess my “break” was my first job out of grad school which was covering wealth at Forbes, and I stayed there for nearly eight years on a variety of beats—first wealth, then retail, and then a beat I created: covering women entrepreneurs, which is what I was really passionate about.

You also did some time with Anderson Cooper.
I did. During grad school at Colombia I was an intern at CNN for Anderson Cooper’s show AC360. I ended up spending most of my time there versus at class because it was just much more fun—much to my parent’s chagrin.

Tell me more about your time at Forbes covering women entrepreneurs.
My first cover story there was on Sarah Blakely who—I did the math—through inventing and selling Spanx—a women’s shapeware—she was the youngest woman ever to become a self-made billionaire in the US at 41 years-old. So that was a fun first cover story and a real lesson that there’s a lot of money to be made by women if they make products and market to women.

You had a cover story on Oprah as well.
I did, I did. That was wonderful. I’ve never sweat so much with nerves and anticipation before I met Oprah. I thought I was going to have a full-on panic attack in the elevator at the New York Public Library. But yeah, I was lucky enough to go to her girl’s school in Johannesburg, South Africa, and write a cover story on her philanthropy, which includes the many hundreds of millions she’s given to education all over the world including Africa.

It was covering that beat that led you towards your new job with Bumble. How did that happen?
I think that I, you know… I hit my thirties and journalism is wonderful and I’m so glad I spent so much time in that industry and it’s a passion of course, but you start thinking about your future and financial stability… I always wanted to try maybe working for a tech company or maybe get into venture capital, and as luck would have it—I certainly didn’t plan this—but my last cover story at Forbes was on a 28 year-old woman, Whitney Wolf Herd, who’s now my CEO. She built Bumble from the ground up to be worth over a billion dollars. I believed in the mission, which is to help keep women safe online by letting women make the first move on the app, which started out as a dating app and is now also for professional networking and friend-finding. She always says that her North Star is ending misogyny and a lot of what we do, not just in terms of the product itself but our philanthropy and our overall mission, is towards that end. And about a month after the story came out she called me and, yeah, offered me a job.

What is your day-to-day life like as Bumble’s Editorial Director?
I’m based in New York in a Bumble satellite office—the HQ is in Austin, Texas, so I spend about 5 days a month there, but my working week is here which is great. No so great when it’s 110 degrees in July but it’s pretty great right now in the Fall. Day-to-day I’m working with my content and social team in Austin who report to me. I’m currently working on some pretty exciting partnerships with “legacy” media organizations. I think we’re pretty lucky with the platform we have. We have an app that 41 million mostly-millennial people use all the time, checking multiple times a day. We have corresponding online and social platforms for the brand, and they love engaging with the content we produce. So it’s my job to find out what they want and make more of it, and make it well. And I’m lucky to do so at an organization that is run by all millennial women. I can’t announce any specific partnerships right now but we do have two very exciting big ones launching in Q1 2019.

Can you tell us more about how Bumble the app works?
Without referencing any specific competitors, there are apps out there where a woman can match with somebody—anyone of any gender, really—and the first thing they get is a “dick pic”. You know, these crude images of genitalia and women just don’t want to see it! Like, men, come on. We don’t. Unless we specifically ask we don’t need to see it. Giving women that control from the very start of the interaction, it puts you on equal footing. We don’t take any BS at all on our platform. We partnered with the Anti-Defamation League last year to ban all hate speech, in March after the Parkland School shooting in Florida, we banned images of guns and we got a lot of flak for it from folks on one side of the political isle in particular, but I’m sorry, images of guns are threatening and they have no place on a dating app. Put them somewhere else. So you know, we’re looking out for safety and we want to always do the right thing. We want it to feel like somewhere where women don’t have to feel afraid. There’s a lot of places in the world in real life where women feel afraid, whether it’s walking down the street and having to hold your key in your hand, or whether you’re testifying in front of a Senate Judiciary Committee. So we just want it to be an oasis of respect and kindness in a nasty world.

What was the learning curve like going from journalist to Editorial Director?
The learning curve has, and will be, steep but it is super exciting to among the first fifty or a hundred employees at a company that is growing so fast and has set its sights on being the kind of “Facebook of dating apps.” Who wouldn’t want to get in on the ground floor of that? But yeah, I didn’t know much about the product world. I wouldn’t have been able to tell you what half the acronyms I’ve now memorized mean. It’s been very interesting though. I definitely feel I have skills now that I never thought I would have. I’ve learned how to read and delve into data, and I think those are the kind of skills that are applicable to any job.

Going from your specialty of profiling women entrepreneurs to a company whose mission is ending misogyny, do you feel you’re narrowing your own focus in terms of championing women?
Yeah, I think that whatever I do with my career, that will always be important to me. It has to be the guiding light in whatever I do. I have to be doing something for the good of women, or the good of any under-represented group. I feel lucky now to be working somewhere that is mission-driven, and yeah, of course at Forbes it was great to be writing about women, but here I feel that I’m actually able to help them at least in one small way, which is helping to make their online experience—whether it’s dating, networking or making friends—safer and better, so that it’s one less thing to worry about.

You’ve been quite the mover and shaker since joining, judging by your Instagram, lots of conferences and public speaking engagements. Has that been fun?
Yeah I’m lucky that I’m trusted to go on the road. I was in Chicago recently speaking at the Chicago Council on Global Affairs about the gender pay gap. I’m really, really incensed at the fact that white women are still making, what, 79 cents for every white man’ dollar, and it’s so much worse for black women, hispanic women, native women… So I definitely speak about that a lot. I speak about Bumble Fund which is our recently launched venture capital arm, because we’re putting our money where our mission is: investing in under-represented women entrepreneurs.

Any advice for other Bermudian women looking to make their mark?
Honestly my advice would be to trust your instincts if you think you’re experiencing sexism or you’re being gaslit or you find micro-aggressions happening around you in the workplace. I remember being 26 at Forbes and just noticing the way I was being treated but attributing it to my youth. By the time I was 34 I couldn’t, and often I was the only woman in the room. It was just so obvious. So notice it, take notes, “keep the receipts” as they say, and as far as you can, excise yourself from that situation. It hurts because the corporate world is not built with us in mind. So just trust your instincts. If you find yourself in a situation where you feel you’re being treated a certain way because you’re a woman, you’re probably right. We know these things, we’ve been living it.

Also I would say we have to lift each other up. I think there’s nothing as valuable in the workplace as mentoring younger women. I’ve had women in previous jobs and my most recent job without whom I don’t know what I would have done, and it’s just so important, especially if you work in a male-dominated office, to look out for each other. Have each other’s backs. You can never go wrong.

Who are your heroes?
Gloria Steinem, and I get to introduce her at a conference I have coming up soon! I’ve read every word she’s written and she’s just one of the many leading lights in the feminist movement without whom I certainly wouldn’t be speaking to you today.

Finally, what are you reading right now?
You know what, it’s so terrific, I’ve been telling everyone I possibly can. Tina Brown’s ‘The Vanity Fair Diaries’. She was the very famous editor of Vanity Fair. She was incredible. Iconic. Talk about a woman in business… she became the editor at 30 years old and then chronicled the next decade in her diaries and they are extremely entertaining. If you like juicy gossip about royalty and stars and politicians from the 80s and 90s—and who doesn’t?—it’s the book for you.