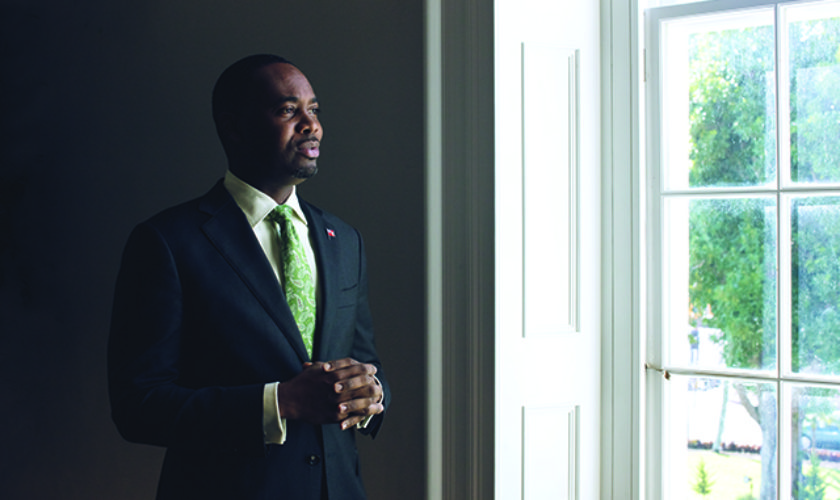 Bermudians of the Year: The Hon. Premier David Burt

In 2019 The Bermudian celebrated 5 Bermudians of the Year, including The Hon. Premier David Burt.

If media reports through the first half of 2016 were to be believed, the Progressive Labour Party was a rudderless boat with mutinous crew. Opposition leader Marc Bean had disappeared from the public eye due to illness, and the race to replace him had split the party. On one side: Team Lister. On the other: Team Burt.

The struggle for leadership of the PLP was decided the night before the presidential election in the US, with Shadow Finance Minister David Burt beating out Dennis Lister by just four votes.

Under Burt’s leadership, the PLP built an election platform focusing on education, specifically phasing out middle schools, implementing a living wage and the promise of tax reform. “The next PLP government will grow our economy by bringing jobs back to Bermuda by creating a payroll tax exemption for any Bermudian company that decide to repatriate previously outsourced jobs back to Bermuda,” he said.

That message resonated louder than anyone could have imagined, and on July 18th, 2017 the PLP stormed to a historic victory with Burt leading the charge. For many, their victory was unexpected. But not for Burt and his family.

“Whatever David does, he does it well and along the way, he always lifts up others,” said his sister, Winsome Burt-Smith. “He has nurtured so many kids, he’s got friends in every country, of every colour. We knew for a long time he would be successful.”

“With our election victory, we won the tools to make a change,” said Burt. “And that is the power to change laws and to control the public purse. But that alone will not make the change to ensure that children and grandchildren of today’s workers will become the producers tomorrow.

“The labour movement and the [Progressive] Labour Party have a chance to write a new script for Bermuda. We can show this country that the lesson of solidarity is unity—unity of vision and unity of purpose.”