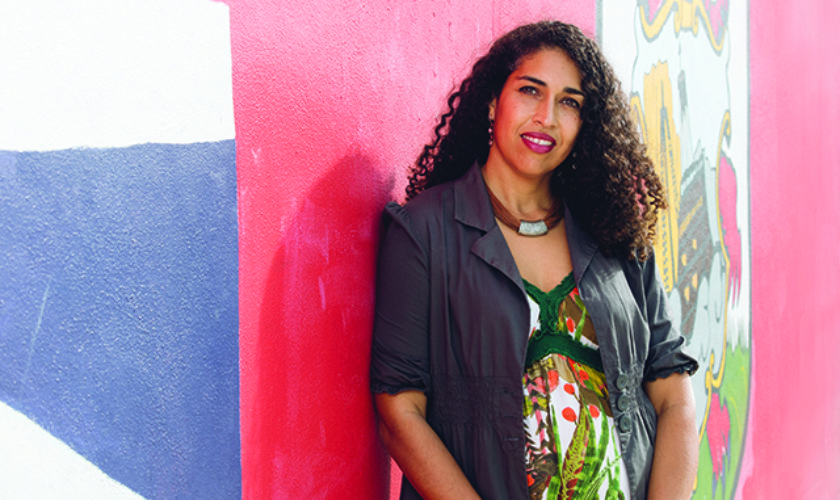 There was a time when writers in Bermuda could be forgiven for feeling they were in a lonely wilderness, cut off from a cultural community that would nurture, inspire and support their work. Enter in 2005 Dr. Kim Dismont Robinson to the Department of Community and Cultural Affairs, based now in the Dame Lois Browne-Evans building on Court Street. Technically, her office is there on the fourth floor but in her role as Folklife Officer she tends to be ubiquitous—she can, for example, be found on the water interviewing fishermen, or shipwreck experts, or in a garden suited up in protective clothing for an interview with beekeepers. Ever since her appointment, she has brought about change through her passionate belief that promoting a congenial atmosphere toward the arts is vitally important for Bermuda. From the start, she also realised that though the community supported dance and visual art, there was not much in place for the literary arts other than the writer-in-residence programme.

Almost immediately she set about changing this state of affairs by bringing in well-known Caribbean writers to conduct writing workshops focusing on a wide variety of genres. They included poets Mervyn Moore, Kendall Hypolite and Christian Campbell, writer and poet Olive Senior, writer of young adult fiction Lynn Joseph, memoirist Rachel Manley and science fiction novelist Tobias Buckell. As a direct result of these workshops, the department has published under her guidance five anthologies: two of poetry, one of young adult fiction, one of memoir, and most recently, one of science fiction entitled The Stories We Tell: Bermuda Anthology of Science Fiction, Fantasy and Horror. These works are helping to fulfil her aim of creating a body of literary work that teachers in Bermuda’s schools can draw upon to instil in their students a sense of cultural heritage and belonging. She is also building their cultural resources by creating documentaries on Bermudian traditions, cultural practices and folklife, supplemented by study guides and transcripts available upon request.

So far she has created 15 documentaries, including ones on Bermudian beekeeping, shipwrecks, Emancipation, artists, farming, fishing, foodways and sailing. Her latest focusses on traditional crafts and games, featuring among others Ronnie Chameau and Sean Caisey. She has also commissioned and, through the department, published several works relating to the subjects featured in the documentary as well as other Bermudian topics. They include her latest Hands On! The Art of Traditional Craft and Play in Bermuda by Shirley Pearman, Bermudian Folk Remedies by Kuni Frith- Black, Mosaic by Ruth Thomas and The Spirit Baby and Other Bermudian Folktales retold by Florenz Maxwell. Another book on Bermuda during the Age of Revolution in the seventeenth and eighteenth centuries by Dr. Clarence Maxwell is in the works.

Thanks to her hard work and her connections with eminent Caribbean writers such as Edwidge Danticat and Jane King Hippolyte, writers in Bermuda need no longer feel, in her words, “poor cousins to writers telling stories of their countries” but rather “a fully realised presence at that table.”