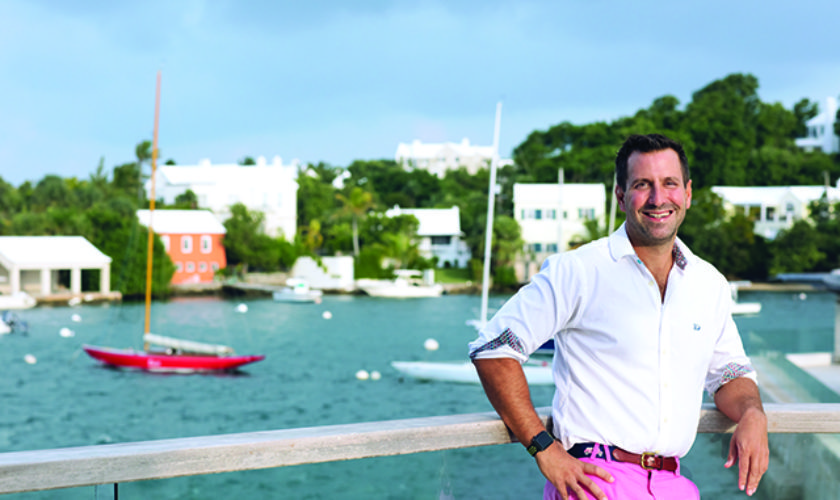 Bermudians of the Year: Kevin Dallas

Were you to scan the crowds at any given moment during the America’s Cup this summer, you’d likely have found the Bermuda Tourism Authority chief Kevin Dallas briskly striding about the village, flanked by a coterie of tourism personnel. Always busy. Always off to one event or another. Less than a year into his new job as CEO, Dallas’s task was to make sure Bermuda gained as much as possible by hosting the event—the scale of which the island has never seen before.

While hopes that the America’s Cup might return to our shores are all but gone, Dallas isn’t much bothered. “Bermuda is really visible now in the world of sailing,” he said. “That heightened awareness creates an opportunity to bring other sailing events to Bermuda, or even create some of our own sailing events that will have a link to the America’s Cup.”

But focussing on the America’s Cup might be a red herring, he pointed out.

“Despite the enormous effort around the America’s Cup, I think we did a really good job of setting ourselves a series of strategic priorities for the year that were more about the fundamentals of the tourism economy—and sticking to them. Even if we hadn’t had the America’s Cup this year, I think there is a real energy to tourism on the island at the moment.

“We’ve continued to make tourism in Bermuda more authentically about Bermudians, and the results of that show in different ways. It shows in the way that people talk about tourism, it shows in the visitors arriving on our shore, and it shows in how many people are choosing to get involved.”

Because of the America’s Cup, 2017 was a landmark year for the BTA but there was another more fundamental reason. The change in government this summer is the first the BTA has had to deal with. And thus far, Dallas is nothing but optimistic.

“A new government creates challenges and opportunities. There’s a new set of faces, and new relationships to be formed, but that creates new opportunities. We worked really hard in the first half of this year to make sure we were sharing our priorities not just with the government, but with the then-opposition as well. So to me it was really validating that many of the things we were talking about worked their way into the PLP’s platform, and are now part of their agenda as the new government.

“The obvious example of that is the new Tourism Investment Act, which we believe is a really necessary modernisation of the old concession orders and critical to investment in tourism going forward. It was originally written on behalf of the old government, and is now being carried through with relatively few changes by the new government. And by the time this article is published, it will be law.”