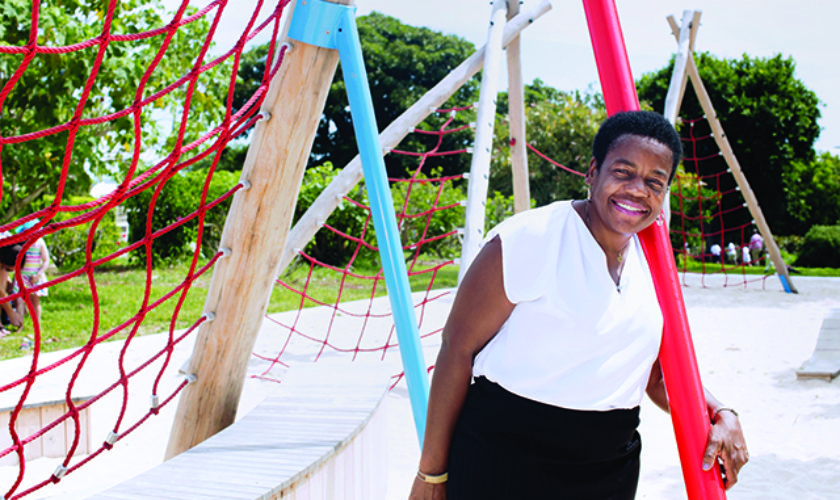 Bermudians of the Year: Martha Dismont

For too many years too many children in Bermuda have suffered both emotionally and academically because of their vulnerability to issues outside their control affecting their families: economic challenges making affordable adequate housing difficult to acquire, marital problems, drug and/or alcohol abuse, to mention a few. Gangs have become a harsh reality in Bermuda’s society. In Martha Dismont’s view, the relatively recent recession, which began in 2009, has brought these problems festering under the surface to the fore and made them more obvious because unemployment figures have risen. Executive director of The Family Centre which she founded, her name constantly comes up as one who is doing her utmost to address the needs of children and their families and to change the way in which we view their problems.

In 1990 Martha started tutoring a student after school because she was concerned he was being teased by the other children about his academic difficulties. Little did she know she was taking her first step towards founding The Family Centre, an organisation which has helped and continued to help hundreds of children recover from, and cope with, many kinds of adversity. The Family Centre began as a tutorial service but a summer programme in 1992 revealed that for many students academic difficulties were linked to emotional problems they and their families were experiencing at home. As a result the children would misbehave in school, their actions further impeding their academic progress. Martha, originally a social worker from New York, came to realise that as so many children were suffering from unaddressed trauma at home, often across the generations, a different approach was needed from just offering academic support. So the Centre shifted to a clinical approach, addressing the emotional needs of children by also helping their families to cope with their emotional and economic difficulties. The Centre offers a continuum of care services, including screening and referral, short-term intervention, all kinds of counselling, homework programmes, Beyond Rugby and youth leadership programmes.

Martha has always been convinced that the punitive culture so prevalent in Bermuda towards children struggling socially and academically only worsens the situation. Who benefits from being blamed? “Instead of asking Johnny, ‘Why did you do that?’” she says, “it’s far more productive to ask, ‘What’s happened to you, Johnny?’” The same non-judgmental approach is extended to families needing help for whatever reason. They can make contact with The Family Centre without feeling they are going to be blamed or criticised. Instead they are welcomed by a qualified staff whose approach is hands-on, warm, caring and practical. As a result, the clients—both the children and their families—can see tangible improvements to their lives.

In Martha’s view, a vital part of the Centre’s work is training, for parents and children, but also for professionals, other social organisations, including schools, and the education ministry, all of whom should be working together. Training is already making positive change for children, as professionals shift from a punitive philosophy to a loving and nurturing one so vital for our children.