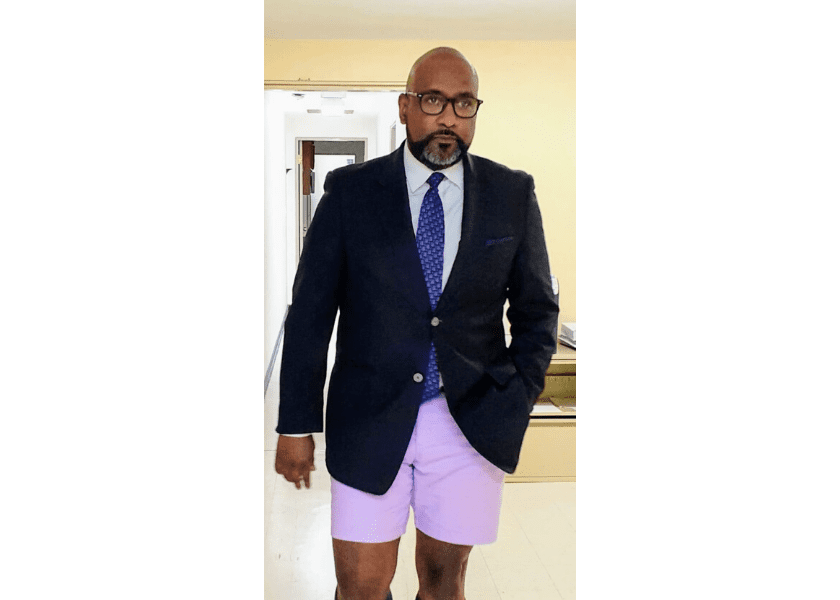 Checking In With Gary Moreno

Cooper Stevenson checks in with Gary Moreno to see how the Bermuda Police Service’s new Corporate Communications Manager is doing during the lockdown.

Disclaimer: Mr. Moreno and I have known each other for more than 10 years now. When I entered my first full-time job as a journalist at Bermuda Broadcasting at the age of 20, he was the grumpy, shouty man hunched in the corner making surreptitious phone calls for stories I wasn’t even allowed to sniff. He eventually became my boss, then my mentor, and now my friend.

CS: How has the lockdown been for you so far? As police comms officer, you must have lots to do.
GM: The shelter in place has been relatively easy for me. I experienced a similar situation in Trinidad during the attempted coup in 1990. Still, I like the outdoors and being confined to a half mile radius from home is a bit of a bummer, but it is what it is.

CS: This must be an “exciting” introduction into the job, right?
GM: This was like a Michael Holding [the legendary Windies bowler] bouncer—did not see it coming. “Challenging” is a more apt description, I think. Just like journalism, no two days are ever the same. The advent of the novel Coronavirus has magnified that because the situation is ever-changing. What worked during the morning session may be ineffective by the close of play and so it’s back to the mattresses we go.

CS: How has this extended family time been? Are you learning any fun new facts about each other?
GM: I have a 16 year old athlete for a son. It’s got to the point where I sleep with both eyes open for fear of waking up minus a leg or some ribs. That boy lives to eat. Not to mention the lawn is now shot, because he thinks it’s the pitch at the Emirates Stadium. On top of it all, he’s even more of a prankster than I am, so that makes for some entertaining times until the missus starts chasing after him. And she’s still got some of that speed from her CARIFTA days, so that’s always fun to watch.

My daughter is a dancer so the Tik Toks have been numerous. She’s also a baker, so the cookies are starting to register in my waistline. The only quiet time around here is when they have their online classes.

CS: Can you share any Trini recipes with us? Everyone is a cook now apparently.
GM: Coop, ain’t nuthin like a good Trini pelau (pail-ow!). Here’s a link to one of the better recipes. I expect you to use it.

CS: What are you watching on Netflix?
GM: Not much of a TV fan, mate. I have been watching a lot of the news though. Re-read The Catcher in the Rye. I read Things Fall Apart and would you believe The Count of Monte Cristo?

CS: On a more serious note, what has been the biggest challenge in dealing with this on your end, and for the BPS in general?
GM: The uncertainty of it all and the fact that we are living in a truly dangerous time has not yet registered with so many. Not from a crime perspective, although we did see the scourge of gun violence rearing again just before advent of this virus, but people placing themselves and by extension police officers at unnecessary risk.

The BPS is called for any and every reason. That means our officers are always on the frontline. And while they willingly go about the business of making Bermuda safer, that does not should not mean that it is taken for granted and their safety and well being threatened.

They are people first and have families who expect them to come home once their shift is over. So people not adhering to the shelter in place regulations resulting in our officers having to get involved could have deadly implications. And I’m not being melodramatic when I say that.

We really need people to stay at home unless they have to be out, grocery, pharmacy and back home.

CS: Have you found any new pleasures in your life during this time?
GM: Nah, I’m a creature of habit. I know what makes me happy and I stick to those. This ol’ dog ain’t tryna learn no new tricks.

CS: Any tips on how to crush being locked at home?
GM: As you know I suffer from depression—yes, I wear that like a badge of honour—so at first I was like, “Now look, ya boy aink tryna be cooped up in here with no release options.” But between my work, the dancer, the athlete, my meds and the missus, I am extremely well taken care of. Love and laughter with some work and exercise thrown in, kid. That’s how I do.