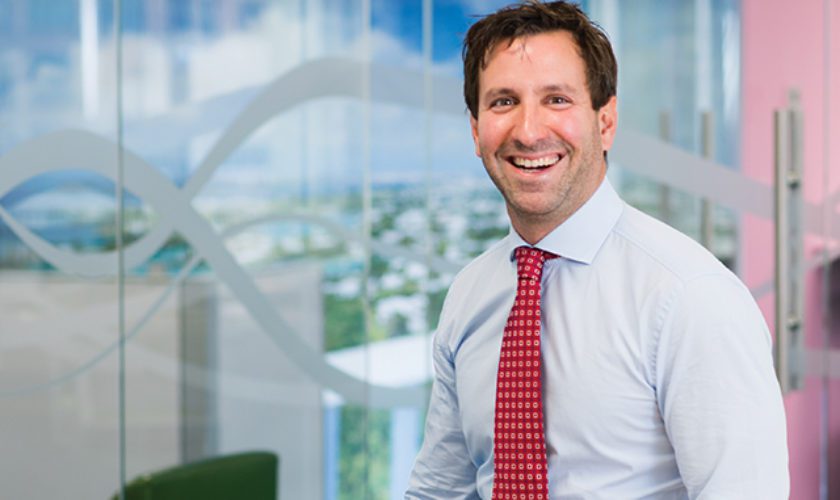 Kevin Dallas was raised in Mills Creek. His family were Spanish Point people, he says. “I grew up thinking Somerset was really far away.” Between the ages of four and 17, he attended Saltus. In the summers, he sailed. He is, by all measures, Bermudian, and that’s a good thing to be when you’re the new CEO of the Bermuda Tourism Authority. But that’s not why he was hired.

“His unique combination of global credentials and experience encompasses market development work for South African Tourism, as well as consultancy and executive roles in product and marketing within the digital domain,” said BTA Chairman David Dodwell of Dallas’ appointment.

“Kevin Dallas is a proven leader in cutting edge digital marketing and strategy at an innovative global technology company where he learnt the inner workings of the online travel industry. We are thrilled that he is bringing this expertise to the BTA.”

In Bermuda, Dallas has inherited a tourism economy rapidly on the rise after 11 months of consecutive growth. Tourists are spending more money, hotels are taking more bookings, and vacation air arrivals have jumped 16 per cent. The transition between him and former CEO Bill Hanbury has gone off seamlessly, and his appointment was welcomed by both the public and opposition Government. Things couldn’t be peachier.

Naturally that will all change in the coming months. Crises will arise. Curveballs will be thrown. But in the meantime, Dallas can surf the wave of 2017, a year that promises to be one hell of a ride. I met with Dallas one morning this January, over coffee and breakfast at Devil’s Isle Café. With less than a week in the job, we decided to forgo talking shop and focus on his life as a Bermudian growing up and his hopes for the future, both in his role as CEO and for his island home in general.

What did you do during the summer growing up?

In Bermuda, especially in the 80s and 90s, sailing was our summer camp—the place parents packed their kids off to get rid of them when they were annoyingly off of school for ten weeks. I actually really loved it though.

I hear there’s a rather embarrassing photo that exists commemorating this love. Can I hear that story?

In the early 90s we had the Omega Gold Cup series, and the crews held a charity race in order to get involved in the local community. One of the groups they were supporting was the Bermuda Boy Scouts. They wanted to take photos in advanced, you know, so they could promote the event. Now there’s this picture of me [at 13-years-old]—I think it was in Barr’s Park—in a little scout uniform tying a reef knot, and it had the headline “How Many Knots Can He Tie?” And for years afterwards I was mocked and belittled for this ridiculous poseur photo. But… I got to spend a whole day actually sailing with Russell Coutts. It was kind of fun when I got introduced to him this time around—I was like, ‘We’ve met before! And I can prove it!’

Did he remember you?

You must have been devastated.

I don’t know if this counts, but my grandfather was this incredibly gregarious, larger than life, nice-to-everybody kinda guy… he invited everyone along to everything. In the summer, when I was little, he used to take me, my parents, and 15 of his closest friends (or anyone he happened to be able to get a hold of ) in the boat down to Waterlot when they used to do the jazz brunch out on the dock. That’s really one of the happiest childhood memories for me. On a Sunday, sitting on the dock… it was just a ridiculously happy place.

Let’s say you weren’t just hired as the new CEO of the Bermuda Tourism Authority. If you had to work somewhere else in hospitality or tourism, what job would you choose?

[Pausing to think] Obviously there’s the romantic appeal being a deck hand—there really is. Everyone thinks that must be so fantastic, but you forget how much you can learn to hate salt… and the sun. No, I’d probably… I’ve always loved hotels. I’d probably be working in one of them, a concierge or in guest relations. Even though I’ve been away, I always end up as everybody’s Bermuda tour director and tour planner. It would be nice to be paid for that.

What are your passions or hobbies outside of work?

I’m pretty passionate about equality, and GLBT rights in particular. I used to sit on the board of an organization that worked with GLBT undergraduates who, even today, may not feel that they are welcome in business and industry. There’s a reason they kind of self-select out, into the creative arts where they feel safer, or more welcome. I specifically worked on helping make business “friendlier.”

Do we need to do more to address inequality here in Bermuda?

Yes and no. Last year was a pretty interesting year from that point of view. I’ve never found Bermuda to be anything other than friendly and welcoming, and a place where I can be myself. On the other hand, I am pretty sure that part of 17 year-old me’s desire to be somewhere else was on the back of not being so sure that would be the case. Bermuda’s made a lot of progress over that time, but last summer shows we’ve got more work to do on that front.

Is that something that will ever be a part of your role as CEO?

I think Bermuda should be a friendly and welcoming place for everyone. But because I happen to be gay, are we suddenly going to start chasing… I think they called it the “pink dollar”? No. We target a segment of travellers that we think will enjoy Bermuda and can afford Bermuda, and some of them happen to be gay. We don’t want to turn those people off, but will we specifically plan to target them? No. While it’s a focus of mine outside of work, to some extent, I think the most constructive thing I can do on that front is be here, be who I am, and do the best job I possibly can.

Considering your new role, how would you define “success”?

Success for me is, well… there’s short-run success and long-run success. Short-run success is coming off the blocks really quickly to make the absolute most out of the America’s Cup, both in terms of in-year results and the legacy we get out of it. We want future visitors, but we also want future partners. Really, this is an opportunity for us to show that we’re brilliantly simple to do business with, that we are kind of place where you’d want to host an event like the America’s Cup. So this
year is all about doing that.

Long-run, it’s really about rebuilding “brand” Bermuda, to the point that we’re back in popular culture. When someone says the word “Bermuda”, we want them to think “a vaguely premium but accessible, incredibly beautiful place—and not very far from New York. And not just the tip of the “triangle.”

Lastly, it’s about the organization. It’s about making sure that if I were to get run over by a bus, which is always possible around here, that the BTA doesn’t miss a beat, that we have an organization full of Bermudians with all the capability we need to lead it forever.

This is the next chapter in a continuum, rather than a new direction. I fundamentally believe that the BTA is already on the right path, and it’s about taking it further, not changing course now.

Will part of your job be to extricate the BTA from political disputes on the island?

The whole point in setting up the BTA was to try and take the politics out of tourism. And honestly, Bermuda’s too small a place for anything to actually be truly independent
—but I think we’ve made some pretty big strides in that direction. The BTA has to work with the government, the opposition, the unions, and everyone else. We’re not here for the Hotel Association. We’re not here for the Unions. We’re here for everyone.