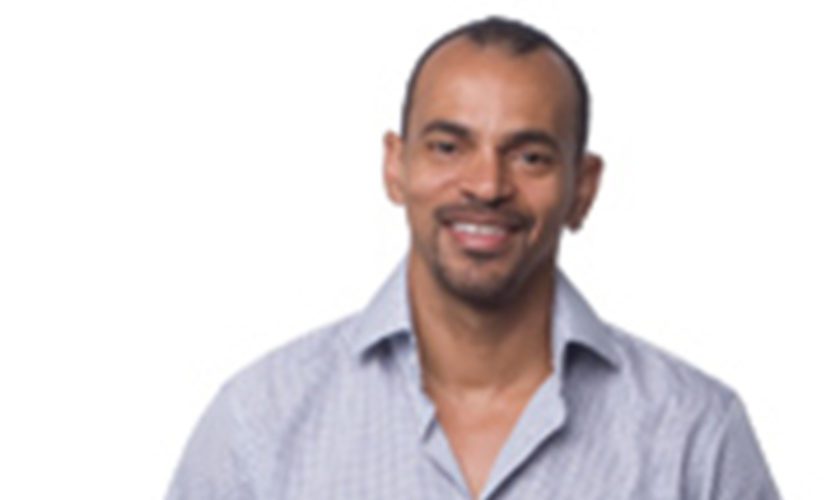 By the age of 16, he was playing first-division soccer for the North Village Club, Bermuda.

By the age of 18, he made his first appearance on the Bermuda national team, and by the age of 20, he signed his first professional contract with the Harrisburg Heat of the National Professional Soccer League in the U.S. After 13 seasons of professional indoor soccer, he won his first championship during his 2003–2004 campaign with the Baltimore Blast. Now coach for the Blast, he has played professional indoor soccer for 18 years, winning five championships, and he has appeared on the Fox soccer channel. He is, of course, David Bascome, one of Bermuda’s best-known soccer stars.

Famous though he is for his extraordinarily successful soccer career, he is also well known for his philanthropy toward the young. Indeed, the two go hand in hand. “Soccer became the place that allowed me to grow,” he says. “It allowed me to create programmes to help young people.” A father of three, Bascome has always had an empathy with young people, especially since he himself has overcome hurdles, including a speech impediment. “I have always been interested in helping young people; it is my passion to help someone move forward.” So it’s no wonder in 2002 he was awarded an MBE for his service to Bermuda’s community.

In 2007, he founded the Island Soccer League (ISL), structured, he says, “to help give young soccer players in Bermuda hope. The ISL has 120 players and has had many success stories, from players changing their lives around to players having the chance to go on professional tryouts overseas.” For the last 20 years, he has been the owner of the Pro Soccer Clinic (sponsored by HSBC). “We have touched the lives of more than 4,000 children over the last 20 years. I’m proud to have the clinic return in July.”

In 2007, he also founded the global Hope4Life Foundation, aimed at enabling young people to avoid negative influences such as drugs or gang-related activities. Its programmes for youth are developed through partnerships with companies, schools and other organizations.  Bascome’s charity work includes traveling all over the world giving motivational speeches to the young, a remarkable achievement considering the speech difficulties he experienced as a young man.

Recently he has taken on a new challenge by authoring the first in a series of children’s books. Don’t Miss the Bus offers keys to success and will be a teaching aid in Bermuda’s schools. Additionally, he is developing a new Who Am I brand, which, as his manager, Quency Phillips, says, will show Bermudians “he is much more than just a former footballer. He is an athlete, father, author, philanthropist and businessman.”