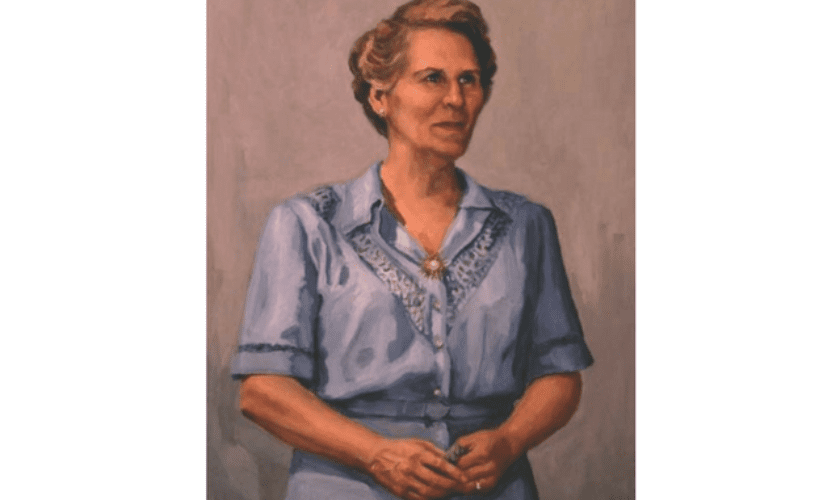 As the heroine of a flying boat crash, a history-making parliamentarian and a social reformer, Edna Watson received many plaudits during her lifetime. So it was fitting that on July 19, 2013, nearly 40 years after her death, she received yet another honour: her portrait was hung in the House of Assembly.

Watson moved to Bermuda from Montreal in the late 1920s with her husband Robert. They lived quietly in Paget where they ran a guesthouse and farm. In January 1939, Watson, then recently widowed, was in a plane crash that captured the attention of the media in Bermuda and the US. She was one of 13 people travelling on the luxury flying boat Cavalier to Bermuda from Port Washington, New York. Two hours into the five-hour journey, an engine failed, and the Cavalier came down in 15 minutes, 400 miles off Bermuda.

Three people died in the crash. Watson and nine others were plucked from the waters of the Atlantic where they had been floating for 11 hours, clutching onto six life preservers. Later that year, Watson, a physiotherapist, was presented with a bravery award for helping to save the captain’s life.

During the Second World War, Watson served at the front in Europe caring for wounded Canadian soldiers. Returning to Bermuda at the end of the war, she made history in June 1948 when she and Hilda Aitken became the first two women elected to the House of Assembly. This milestone was reached only four years after women won the right to vote.

Watson was the first woman to speak in Parliament and the first woman to chair a government board, Transport Control. She was also appointed chair of the Social Welfare Board, a role that heightened her awareness of pressing social issues. Watson went on to found the Committee of 25 for Handicapped Children and to establish a hospital for children with disabilities at what is now Lefroy House on Ireland Island.

Despite all her accomplishments, in the years after her death in 1976, Watson disappeared into the pages of history. Even in Parliament, there were portraits of Hilda Aitken and Lois Browne-Evans, the first black woman to sit in Parliament, but not one of Edna Watson.

This major oversight has finally been corrected. Now the portraits of Bermuda’s three trailblazing women parliamentarians hang in a row. Watson’s portrait was commissioned by the Paget Parish Council, whose chair, Shirley White, said: “This was a 400th anniversary project. We felt she was a citizen who was very deserving of an honour and we commissioned Diana Tetlow to paint her portrait. We are very pleased to have it hung in its rightful place.”

Speaker of the House, Randolph Horton, presided over the ceremony, which was attended by Members of Parliament from both sides of the House.