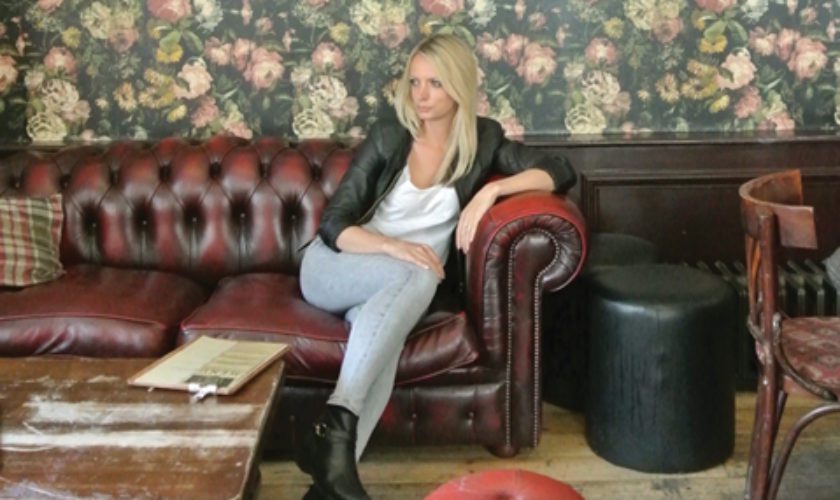 Lucie Bruckner has always had a passion for emerging music. How lucky for her that her passion is now her job. As part of the relatively new music-download website, Songeist (songeist.com), Bruckner spends all day surrounded by music from independent, unsigned acts, and she couldn’t be happier.

From open mic nights to getting out and about meeting new people, her job has evolved far beyond that of the website designer she was when she moved to London. “I love it. I’m super passionate about emerging music now. I was before, but living in Bermuda, you are detached from it in a certain sense, and moving to London reignited that passion,” she says.

Songeist harnesses that passion, allowing musicians to post, and sell, their music, giving fans the chance to hear “the next big things, before they’re big.”

“For us, the little guys are the headliners,” says Bruckner.

For Bruckner, Songeist isn’t just about the acceleration of new music, but also her own career, and each new success is a vindication of a somewhat risky move away from her island home after two and a half years with local advertising agency Cosmic, working for the likes of CellOne, Bermuda Tourism and Bermuda Commercial Bank.

“The challenge was appealing to me,” she says. “It was the chance to be part of something from the very beginning, to hone skill sets in a bigger marketplace, an opportunity I might not get elsewhere.

In many ways, Songeist is like the artists they showcase – small fish in a big pond, all hoping one day to be the big fish. That day may come sooner for the company than the musicians.

Approaching its first birthday in September, Songeist has already built a substantial following in the UK, and is drawing interest in Europe too. Giving voice to the dream of a global presence is something it is only now willing to do.

The artists, though, and their music are what make Songeist a reality, and for Bruckner that relationship is only likely to get stronger. “That [expansion] is always the dream. I think we were very tentative about running before we could walk. We’re already gaining a lot more attention in Europe, so I think that’s next on our radar,” says Bruckner.

“I see Songeist definitely growing, focusing even more on the artists. That has always been where our strength has been and we’ll continue to grow in that direction.”

Even while looking forwards, Bruckner has one eye on Bermuda and a way in which she might be able to give back to her home. Some of her fondest memories of emerging music include listening to Homegrown Boys in Oasis, and she believes the music scene on the island is missing something.

“I am Bermudian, I care a lot about Bermuda, and what I’ve experienced here [London] culturally with music is something I wish I had in Bermuda. While there are amazing emerging artists there, culturally I think there is a little bit missing with the music scene.”