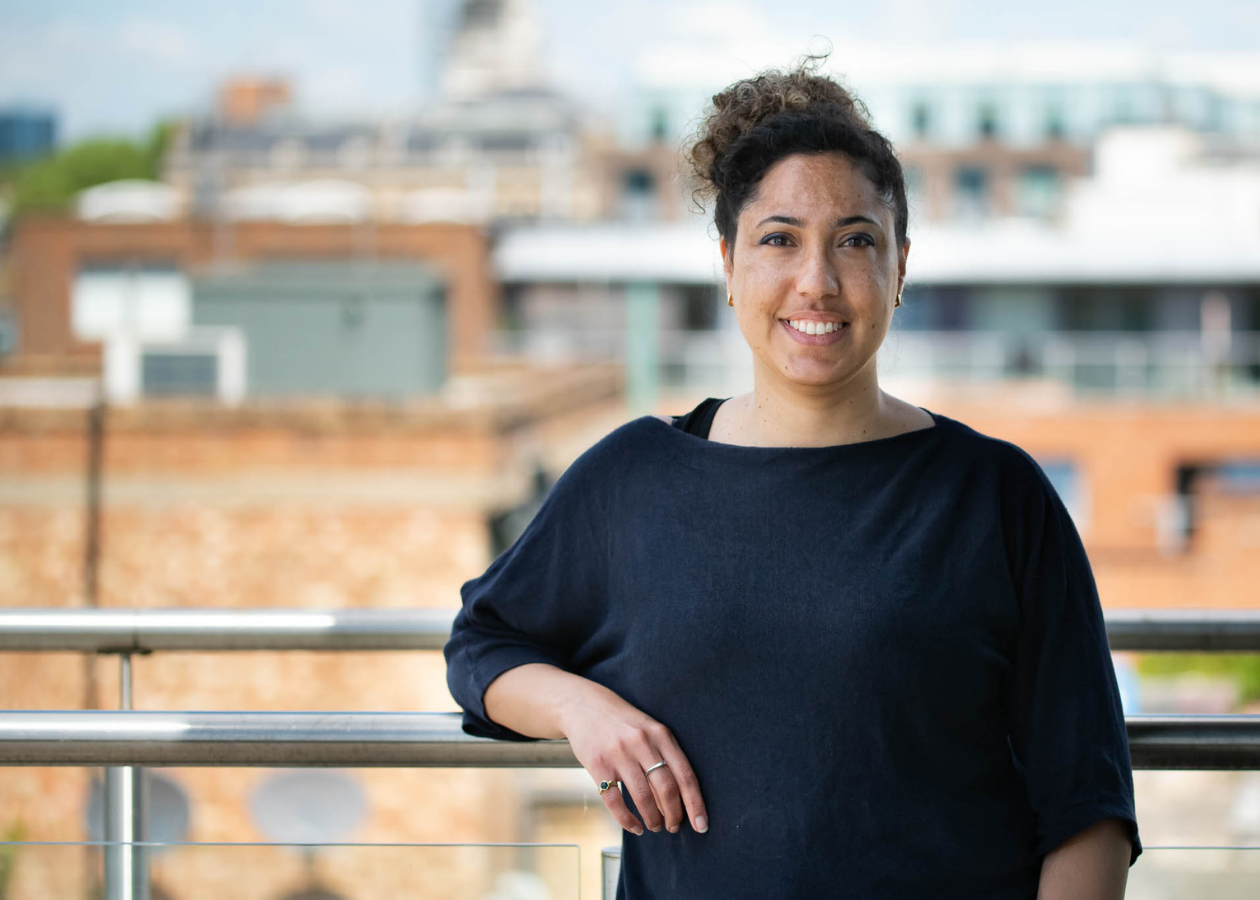 Made by Bermudians: Melanie Eddy

Melanie Eddy stumbled upon her craft by a happy accident. Now, over twenty-five years later, she has a reputation that precedes her, write-ups in many of the world’s leading publications and a successful bespoke, London-based practice; she has shattered all of her own expectations.

Although a passionate student of art since her schooldays, when it came to applying to a fine arts programme for university, her confidence faltered. “I didn’t think I had what it took to make a living from my art,” she confesses. “I decided to study liberal arts instead.” Fortunately for Melanie, the summer before she set out for the University of Western Ontario something as innocuous as a visit to a local jeweller one afternoon altered the course of her life.

“My mom sent me to pick up some jewellery repairs for her at the Gem Cellar. That chance errand led me to a career in jewellery,” she explains. The owner, Chet Trott, recognised Melanie’s interest in the craft and invited her to bring some of her own high school art pieces back and learn more about the process of jewellery making. “I ended up working there Saturdays that summer, and then after that, summers and holidays whilst studying at university in Canada. Just before my final year of university, the penny dropped, and I realised I wanted to work in jewellery.”

She remarks on how funny it is to look back on now, taking so long to come to that revelation, as she remembers spending lunches “pouring over books on gems and jewellery” in her high school library. Charting an impressive path ever since, Eddy left for London in 2004 to pursue further training in jewellery-making and never looked back. Vogue aptly described Eddy as “multifaceted,” with a CV boasting not only years of creation, but teaching, writing and field research outside of the UK in countries like Afghanistan and Pakistan.

The protection of her craft has not come without sacrifice, however, influencing her decision to leave Bermuda, scale back on her sector development work abroad, and most recently, turn down a permanent teaching position after years of part-time work.

“As a creative, you have to constantly reevaluate and keep your practice moving and safeguard your creativity,” Melanie understands. Every decision she has made thus far has been to protect her ability to create. “I was very focussed on the craft of being a jeweller—the making—and so many of the decisions I made revolved around that. Every big move I have made, or every pivot once I found I was moving away from that core purpose, has been to honour and safeguard that.”

Since homing in on creation, Melanie’s career has flourished. Having received acclaim from the New York Times, British Vogue, Forbes and Vanity Fair—to name a few—Melanie shares, “I’m proud of continuing to push my practice and my work forward during all the years when no one was writing about me.” While she remains humbled by her accolades, they pale in comparison to the unrelenting devotion to her craft, and in her own words, “the resilience and self-belief that have carried me to where I am today.”

While the pandemic took its toll on client-interfacing businesses, Melanie now moves between her home in rural Hertfordshire and her London studio for work. Inspiration, fortunately, never falters, finding her on these commutes and elsewhere: “I often note down or flesh out ideas on my commutes in or out of London, or when I am home in Bermuda visiting family.”

Melanie’s captivatingly geometric designs are made using precious metals and gemstones: the materials of fine jewellery. She works to showcase the intrinsic properties of these stunning gems, fine-tuning each piece to her client or commissioner.

“It’s about me interpreting what is needed and required from the piece(s),” she says, adding that a crucial part of her job is “understanding the lifestyle of the person who will be wearing it,” along with refining a concept when working with a particular gem choice or colour palette. “There is also a lot of symbolism in my work—which is not always explicit,” she adds, favouring an approach that leaves things “open to discovery.”

Fine jewellery, like all art, outlasts its creator and holds an infinite presence of its own. When asked what Melanie most admires about her work, she says, “the process of actually creating something tangible that was once an idea into a piece of jewellery that may last for generations to come.”

“And rings,” she quickly adds. “They are my favourite thing to make—I love the challenge of designing completely in the round and having to think about all the angles. We move our hands around so much that I want my rings to be interesting no matter what angle they’re viewed from.”

Melanie has also used her platform to encourage other young, hopeful jewellers of colour to act on their potential. She urges local readers, in particular, to view being Bermudian as their first advantage. “Bermuda has a long history of playing a role on the world stage out of proportion to its diminutive size. Sometimes being underestimated can be to your advantage,” she shares.

“You will have to be your own support system at times, so be ready to cheer yourself on when you will need that boost. How you weather the journey is the true test, not how fast you reach the destination. That will be the making of you.”

With “exciting things in the works” in both the UK and the US, Melanie has no intentions of slowing down in 2022. Much like her striking, effervescent pieces, Melanie Eddy’s shine shows no signs of dulling.