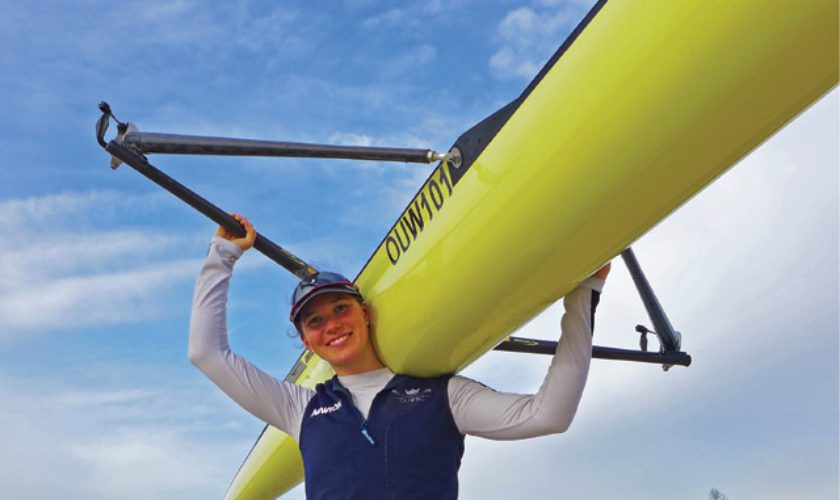 How I Got Started
I was tall and athletic with absolutely no hand-eye coordination, so it was suggested I try rowing while at boarding school in the US.

How I Train
I train in a single with the Oxford Women’s University team. Every week we do two 11/2 to 2-hour weights sessions, two to three land training sessions, and six to seven sessions rowing on the water. I’m currently completing my MBA at Oxford so I have eight-plus hours of class a day as well.

My Diet
I eat lots of vegetables and whole grains with some meat, fish, eggs and yoghurt. I always treat myself to some dark chocolate or ice cream, though, and occasionally a burger and fries with friends.

How I Got Inspired
After competing in the first women’s boat race on the tideway last year I realised the significance and what it meant to many Bermudians. I knew that Bermuda would be behind me if I was to compete at the Olympics.

My Sports Heroes
My dad became my sporting hero when he took me for runs before school when I was 12. He would help me with my technique and then we’d sprint the last hundred metres home. That sprint (which I never won) and his guidance have carried me through my entire sporting career.