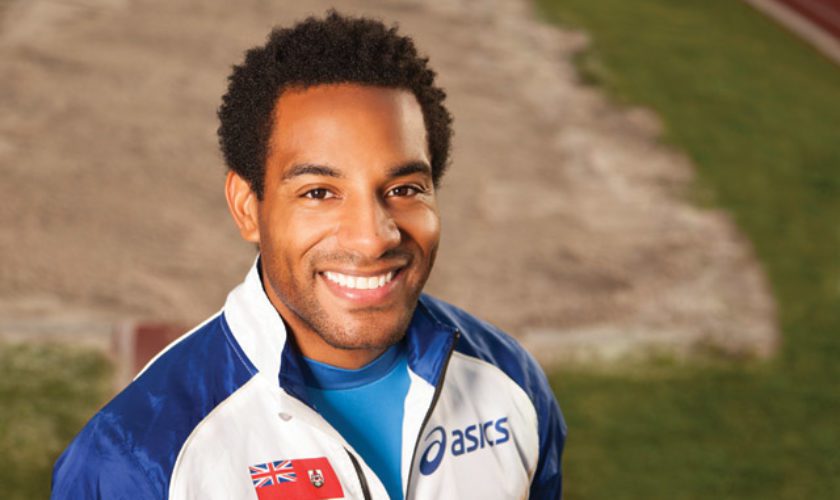 How I Got Started: I started in high school. It was out of my love for this sport that I walked onto the track team at the University of Missouri–Rolla after earning an academic scholarship, being the first member of my family to ever attend college.

How I Train: I train in cycles based on the time of year but essentially, it’s six days a week with four of those days also including a weight training session. Two of the days are technical days for the long jump.

My Diet: As a power athlete, my diet is not super restricted. It’s mainly high protein and low fat. I do cut out sugar, alcohol, caffeine and soda.

How I Got Inspired: My inspiration was twofold: a lot of it came from people telling me that I was not a good athlete. In high school, almost every coach doubted my abilities due to my size. In college, however, I was given an opportunity to jump and I haven’t looked back since! My second inspiration was watching Dwight Phillips win the long jump gold in Athens.

Ultimate Sporting Goal: Twofold: to retire with an Olympic medal and on the all-time top-ten list of long jumpers (distance).

What I Do in My Free Time: I enjoy movies and going to concerts. I’m a huge film buff.