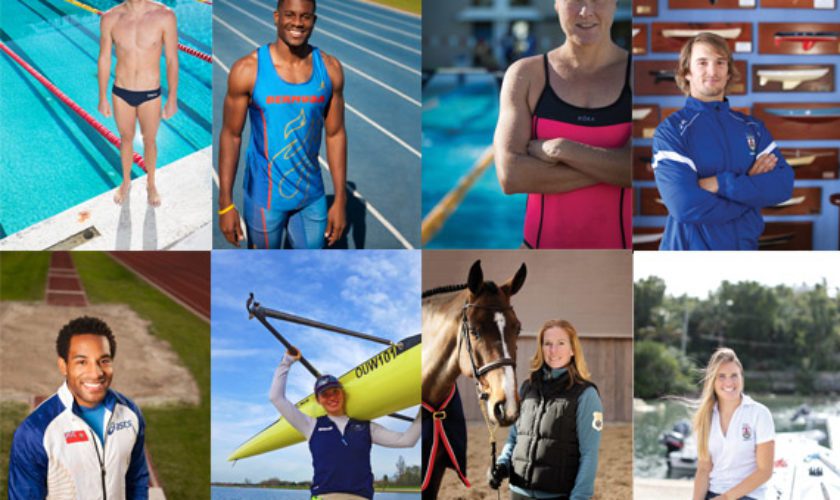 In a close-knit community like Bermuda, fewer things are more unifying than sport. Our athletes are our heroes, and since we so often know them personally, this makes their respective journeys and hardships all the more satisfying for us when they’re victorious. Bermuda’s impressive history of producing world-class athletes began in 1936 when the first Olympic team competed in Berlin. Since then, over 150 young men and women from Bermuda have sought the same hard-won goal:  winning an Olympic medal.

With the help of the Bermuda Olympic Association—led by Chef de Mission, Brenda Dale—the nine athletes we introduce you to in this article excel in a range of sports, including athletics, sailing, equestrian, swimming and triathlon. The association assists them through fund-raising initiatives, networking with international sporting bodies and generally representing their rights and interests, offering them an effective means to amplify their profiles on the world stage. The athletes featured here have all met the minimum standard for the association’s elite, which requires them to have a four-year plan outlining their goals and a path to achieving those goals. The plan must include competing in a minimum of four international competitions per year in order to ensure maximum financial assistance from the organisation. To be selected for this coveted bracket demands an incredible amount of work and self-discipline, but ultimately pays off in the form of elite competition and truly global exposure. At press time, Tyrone Smith, Tre Houston and Ceci Wollmann have met the minimum standards set by their international federations, making them eligible to compete at this summer’s Olympic Games in their respective disciplines.

The road to the Olympics is long and hard, but we’re rooting for these sons and daughters of our soil every step of the way. Without further ado, here are 2016’s Olympic hopefuls.